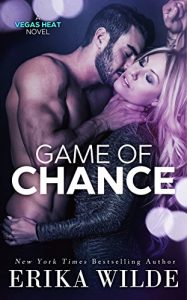 Game of Chance by Erika Wilde
Published by Self on 06/8/2017
Genres: Contemporary Romance, Romantic Suspense
Buy on Amazon US | Buy on Amazon UK | Audible | iBooks
Goodreads

Resisting Nicole is impossible, and he soon discovers that in this dangerous high stakes game of chance, falling in love is the greatest risk of all.

Originally published as INTO THE NIGHT by Janelle Denison, March 2011

Game of Chance is going to take you on a wild ride. One of attraction, secrets, love, darkness, human trafficking and underage prostitution in the city of sin, Las Vegas.

Nathan Fox, former vice cop and Marine is in for one hell of a case. Taking a case which involves a runaway girl, Nathan must find her and get close to the powerful man, Mr. Preston, whom he thinks has her, along with many other girls. Going undercover is something Nathan knows all too well, hoping this case doesn’t end up like his last one.

Nicole Hutton is a journalist who wants to write more than articles about dating. While she is not looking for a serious relationship, Nicole still likes to have fun. While at a speed dating event, she meets Nathan and there is an instant attraction between the two.

Following a night of mind-blowing sex, Nicole accidentally stumbles across information about Nathan’s latest case. Having been in similar shoes herself, Nicole takes an interest and gets involved where she shouldn’t in Nathan’s case.

Now both Nathan and Nicole are involved in a very dangerous game of chance. Can they get close enough to Mr. Preston to get invited to be a part of his world? Will they find the missing girl or will they get so much more than they bargained for? Are they going to be able to have a no strings attached relationship or will they have to admit to they really are falling in love?

Game of Chance is a very sexy, fast paced book with a ton of suspense and passion. The chemistry between Nathan and Nicole was incredible and beyond sexy. The sex scenes were like none that I have ever read before. Very detailed and melt your panties right off ya hot! While the subject matter is a hard one to talk about let alone read about, it was very well written. I have a friend who runs a foundation to end human trafficking and his stories and this book go hand in hand.
Game of Chance kept me on the edge of my seat and I thoroughly enjoyed it. I look forward to the next book!

So, why the new pen name?

I’m also planning a spin-off series in the future, featuring the hot military men that work security for Dean at Noble and Associates. Sign up to receive my newsletter for updates and news! 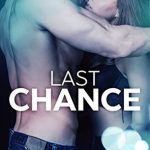 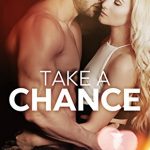