“There was hate once. Hate born from dangerous attraction and fate’s cruel design.

There was love once. Love destined to kill us if we didn’t surrender to our war.”

Eleanor Grace suffers an awful affliction. She’s falling for a man who doesn’t deserve her affection or her forgiveness. But there is no cure, so she does something reckless, stupid—she throws safety to the sea and leaps into danger.

Sully Sinclair suffers the same affliction. He’s falling for a goddess who will never earn his trust or his heart if he can help it. However, he wasn’t prepared for the lengths she’d go. How far she’d push to either stop such a bond or kill them both trying.

An elixir given to a monster.

A goddess running for her life.

An ending neither of them can survive.

Finished Book One and Two? Join the discussion group HERE!

The Bookstore on the Beach by Brenda Novak Review
Hazed by Kandi Steiner is live
Preorder Love is Never Lost by Katy Regnery today
Not My Match by Ilsa Madden-Mills is live
Sneak Peek: Perfect Wreckage by Catherine Cowles 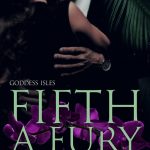 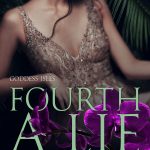 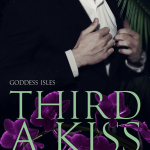