Cake by Carmen Jenner
Published by Self on 03/01/2018
Genres: Contemporary Romance, Romantic Comedy
Buy on Amazon US
Goodreads

Poppy Porter's ex is getting married ... to her ex-best friend. To land her dream job of partner in the most prestigious firm on the Upper East Side, Poppy must now pull double shifts as their wedding planner and maid of honor. And the icing on a truly craptastic cake? Leo Nass. Handsome, infuriating, womanizer, and … the best man. Despite their longstanding loathing, Poppy doesn't see Leo coming. Literally.
One ruined cake.
One archnemesis.
One hour to save the wedding.
Can they put their hatred aside long enough to save Poppy’s job and Bridezilla's head from exploding?
Piece of cake, right?

I had so much fun reading Cake by Carmen Jenner and is easily one of my top favorite rom-coms this year. I wanted to hide somewhere and just keep reading and tried really hard not to yell at anyone who interrupted me while reading it to just leave me alone.

Poppy Porter is in the middle of her worst nightmare. Her ex is marrying her ex-best friend, but no, that is not the worst of it. Nope! She is expected to not only be part of the wedding planning as both a wedding party planner and maid of honor. It is the last thing she wants to do, but she needs to do this for the promotion she wants. What is a girl to do? Destroy the cake of course!

I loved Poppy. Yes, she kept finding herself in the most embarrassing situations and doing things she does not want too, but she took it in stride and held her head up high. Who cares if at home she allowed herself to feel the hurt and wallow, as long as no one else saw her do it. She was strong and determined, but also vulnerable.

Leo Nass, or better known as Nass the A**, and Poppy have always butted heads. Leo is Chase’s, Poppy’s ex, best friend and all three of them have known each other for a long time. He loves to give Poppy a hard time every time they interact. They do not like each other at all, or do they? Leo could be such a jerk to Poppy, but he was really an overall good guy with a sense of humor. He was cocky, sexy and has a reputation as a womanizer, but it may be because he never looked at what was in front of him all along.

I cannot express how much I enjoyed reading the story. It was funny, sexy and the banter between Poppy and Leo had be laughing so hard. They were great characters and even when they bickered, they had so much chemistry. This is a very slow burn story, but so worth the wait! Poppy and Leo never saw each other coming! And I have to say, I really disliked Chase and Claire, the exes, but karma has a way of coming for you!

I cannot recommend this book enough. It really was a great story with amazing characters. It was all kinds of funny and entertaining and one of the best books I have read this year. An enemies to lovers story with a twist!

I sneak closer to the bed, my heart pounding as I throw the pillow at him. The guy shifts in his sleep, and his breathing slows, but a beat later the snoring starts again and I have to resist the urge to scream. Instead, I raise my poker and jab the sheet covered body. It’s not hard, just a quick jab or two, but he still doesn’t stir.

“Hey, asshole!” I shout, and whack him hard in the butt with my poker.

The giant freak jumps up and seizes my hand. His grip forces me to drop my weapon. He yanks me toward him—on top of him—and this is how I find myself eye to eye with the beast. He breathes his heavy, stinking breath on my face, and I wince and wrinkle my nose.

Leo’s eyes crinkle in the corners as he laughs. “Morning, Pop Tart.”

“Get the hell out of my bed. And brush your goddamn teeth. What are you doing in my house, Nass?”

“Ah, still feisty, huh? Is this like an all-day thing with you, or do you eventually turn from an angry sea witch into a person? Would coffee help?”

“You’re disgusting. I wouldn’t touch you if—”

“Yeah, yeah, if I were the last man on Earth. I’ve heard it all before, sweet cheeks, and I don’t buy it for a second.” He flips us so suddenly my head spins. I’m beneath him, my wrists pinioned to the bed above my head by just one of his strong hands. The other glides up my side. My sheets have twisted up around us, but from this angle it looks as if Leo Nass is very much naked in my bed.

“Goddamn it,” I complain once I find my voice. “I’m going to need to burn these sheets after you leave.”

His eyebrow quirks, and the grin he gives me is all-out salacious. He shifts his weight between my legs, then he drops his hips and grinds his erection against me. I’m stunned, speechless. I have no words. They’ve all left me because my brain has turned to mush and my vagina is the only one thinking, and I’m really not okay leaving her in charge. “Why burn them when we’re not done messing them up?” 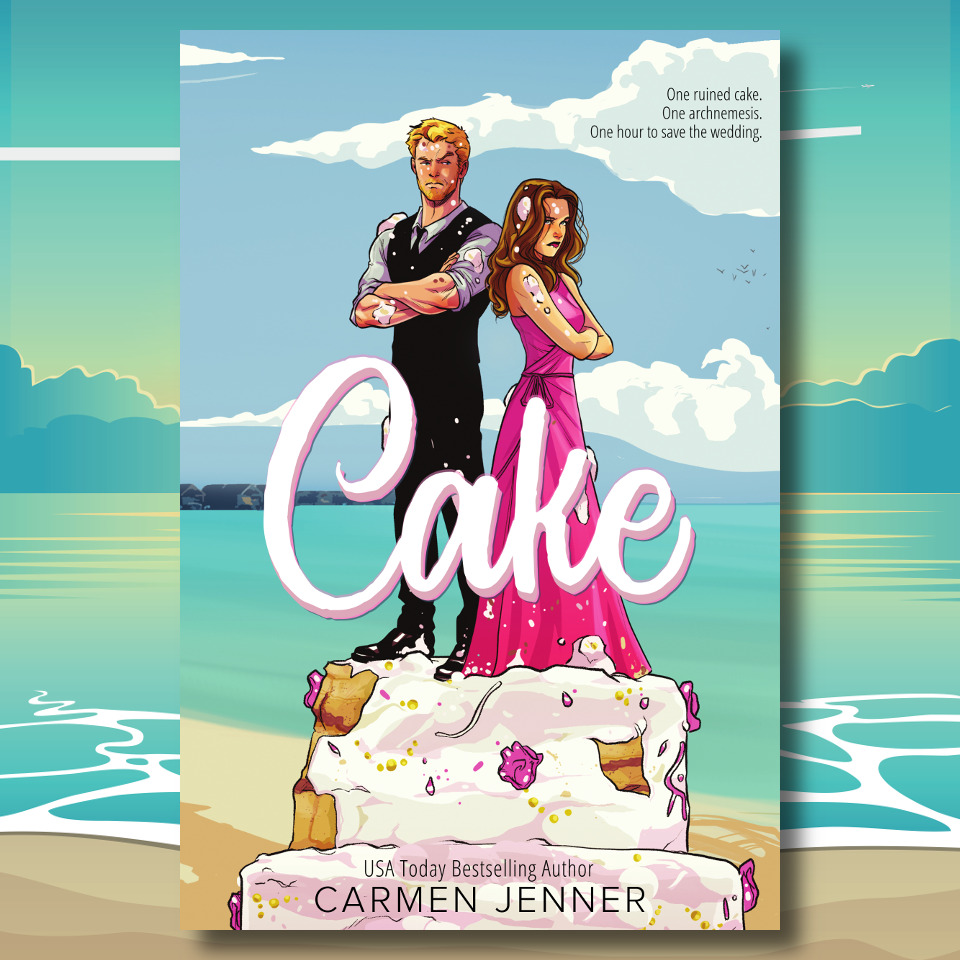 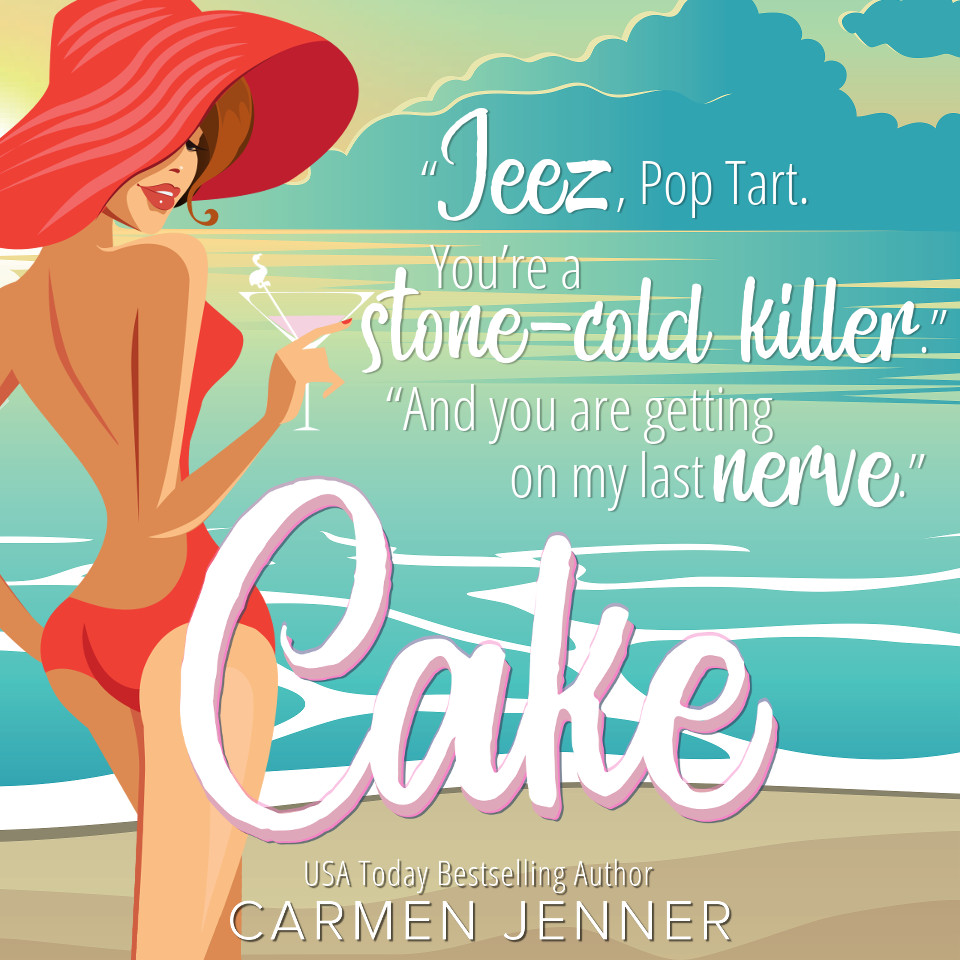 A tattoo enthusiast, hardcore makeup addict and zombie fangirl, Carmen lives on the sunny North Coast of New South Wales, Australia, where she spends her time indoors wrangling her two wildling children, a dog named Pikelet, and her very own man-child.

A romantic at heart, Carmen strives to give her characters the HEA they deserve, but not before ruining their lives completely first … because what’s a happily ever after without a little torture?

Saved by the Cult by Winter James Blog Tour & Review

Saved by the Cult by Winter James Blog Tour & Review