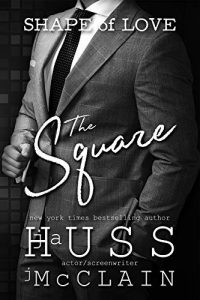 ALEC
Against all odds we found each other.
And then a single moment of betrayal ripped it all away.
I thought Christine had forgiven me. I thought we’d moved past it. I thought she’d healed.

CHRISTINE
I loved them both and they loved me.
But then Danny left and our triangle was broken.
So was I really that surprised when Alec put it back together again?

DANNY
We are meant to be together. We all know that.
But what did Alec do after I left?
What could he have possibly done to make Christine want revenge?

Every time a book by J.A. Huss and Johnathan McClain hits my kindle, I squeal with joy! This writing duo are phenomenal together! In The Square we continue Alec, Christine and Danny’s story. It was a very unexpected journey (but really, could we expect anything else) that was full of twists, turns and angst.

We begin to learn a little more of what happened in the past as this trio is now dealing with all that occurred in the previous book. Though we find out more, there are still so many questions. My heart hurt so much while reading this one. It was emotional and complex and left me wondering where it would all lead and end.

I absolutely devoured this book! J.A. Huss and Johnathan McClain captivated me with this unpredictable story. The characters and story intrigued me from the first book and I cannot wait for more! Note, this is not a standalone. The Triangle must be read before reading this book, but it is so worth it! I love anything this duo writes! 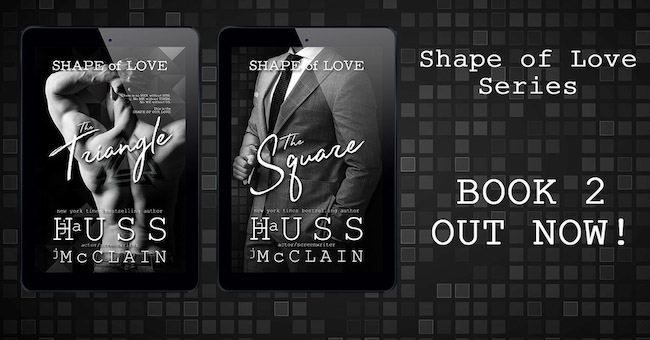 The betrayal is still fresh. The lapse in loyalty still real.

And I need him to forget.

But even though he’s not pushing me away, and that’s a good sign, and I know with such certainty that we will be together tonight, he’s not embracing it the way I need him to.

So I say, “Danny…” Because I need to tell him this. I need to explain everything. But the words I need leave me in that moment and the whole act is just another bit of unfinished business.

“Christine,” he says, his voice low and throaty as he kisses me again. His mouth opens up and his tongue slides up against mine. And I expect him to say something like… I want to fuck you now. Or, Everything will be OK. Or, Take off your clothes.

Or maybe he’ll just rip this little dress off my body, toss it overboard, and throw me down onto the overstuffed pillows of the deck couch and make me obey him.

But he says, “You need to lower your expectations.”

And I don’t know why, because this is not the way this night should be going and that should worry me, but I laugh.

“I’m serious,” he says, his fingertips slipping under the strap of my dress and dragging it over my shoulder, leaving it like that. Unfinished, just like I left his shirt when I started the process of unburdening him. He looks down at me, his blue eyes catching the moonlight, making them sparkle in that supernatural way. Convincing me that he’s wrong. That he is my hero. Even though he says, in the same moment, “I’m no hero. You know what comes out when you poke me. Blackness.”

I stop breathing and study him. Shaking my head. Because it’s not true. He’s the bluest thing in the entire universe. But I don’t want to waste time explaining why he’s so perfect or how I know he’ll save me—save everyone—when the time comes. So I reach down and grab his cock through his slacks and squeeze.

Which makes him close his eyes and smile.

And reach for the other strap of my dress.

And drag that one over my shoulder too.

But it’s enough to keep things going. Because the dress is loose. Just a simple shift that hides what’s underneath with soft white silk. So when I pull my hand away from his hard cock, it falls. Right down to my hips, exposing the lacy, white, strapless bra that covers my breasts. And one more slight tug from him is all it takes to make the white silk slide over my hips and drop to the deck. It flutters for a second, catching the night breeze the way his shirt did, and then settles at my feet in a puddle of brightness against the dark.

He stops and looks at me.

And I wonder what he sees. A beautiful, young woman in matching white lingerie?

A friend? A lover?

His goddess who will save him—save everybody—when the time comes?

Or… does he just see me for who I am? The traitor. 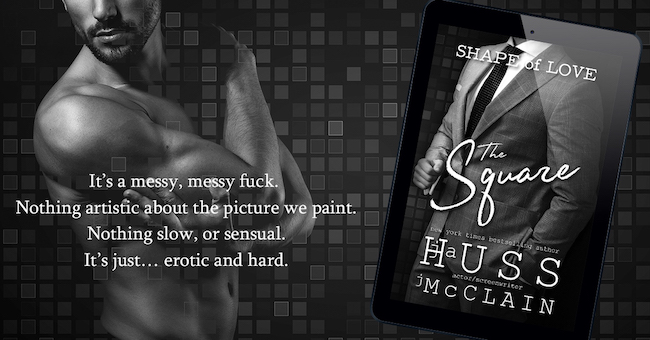