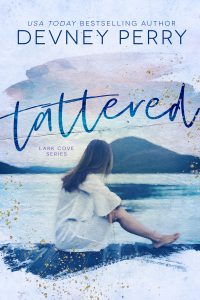 Thea Landry has always known her place in modern-day society. It’s somewhere just above the trash can her mother dumped her in as a newborn but below the class where much comes easy. With her tattered shoes and bargain-bin clothes, her life has never been full of glamour.

So when a rich and charismatic man takes interest, she doesn’t fool herself into thinking their encounter is anything more than a one-night stand. Months later, she’s kicking herself for not getting his phone number. Or his last name. She’s given up hope of seeing him ever again.

Until one day, years later, Logan Kendrick waltzes into her life once more and turns everything she’s built upside down. This time around, she won’t make the same mistake. She’s going to fight to keep him in her life—not for herself.

But for their daughter.

When I started Tattered, it was about midnight and I had just finished reading another book. I figured I would read a few chapters and then go to bed. Well hours later I finished the story and loved it! Devney Perry gave us a beautiful second chance romance with all the feels in Thea and Logan’s story.

Thea and Logan had a chance meeting one night when she was bartending in a hotel bar in New York. They promised each other one night and it was a night neither would forget…literally. In the morning they said goodbye and walked away. Though neither forgot the other, they did not see each other again. Imagine Thea’s surprise when she finds she is pregnant.

She tried to find him, she really did, but with nothing to go by, she leaves New York to make something of herself for her child. I absolutely loved Thea. She came from nothing, but that never stopped her from wanting the very best for her child. She was strong, caring and protective. She had her weak moments, but don’t we all?

Logan Kendrick never forgot Thea Landry, but when he did not see her again, he moved on. Years passed. Logan was charismatic, charming, sexy, and smart. He came from old family money and was accustomed to getting what he wanted. He was a good man, but he had responsibilities and expectations. When he discovers he has a daughter, his world is rocked to its core.

Now Thea and Logan need to find a way to be the best parents possible for Charlie. Logan believes they belong with him in New York where he can offer them the world. But Thea knows they have all they need in Montana. She knows keeping Logan at arm’s length is the right thing to do, but their chemistry is still strong and undeniable. But can they ever have a future together when what they each want such different things?

Tattered by Devney Perry was such a touching second chance romance. I devoured it in one sitting and ignored sleeping. Thea, Logan and Charlie were amazing characters with so much conflict, but also love. I loved watching their story unfold. Add it a bit of mystery and this story will captivate you. A must-read!

He stared at me for a long moment. “You’re sure she’s mine?”

“I swear, I tried to find you, Logan. On my life, I swear it. But the hotel wouldn’t give me your name no matter how much I begged. And you paid cash for your drinks and never mentioned your last name. I tried, but I just . . . didn’t know where to start.”

“It’s not your fault. I believe you.”

The sincerity in his voice made my throat burn. Goddamn it. I was going to cry.

I’d worked so hard not to cry today. I’d fought to keep my emotions in check and my head from spinning out of control. But this was going to make me break.

I wanted so badly for Logan to believe that I hadn’t kept Charlie from him intentionally. The fact that a man like him would trust someone like me without proof meant more than he’d ever know.

“Thank you,” I choked out past the lump in my throat.

“So, um, is Charlie inside with your husband? Or boyfriend?”

The urge to cry disappeared and I barked out a laugh. “Smooth.”

He chuckled. “It’s been a long day for me. Give me a break, will you? This morning I was in New York, then I came to Montana for a business meeting and discovered a daughter. I’m off my game.” 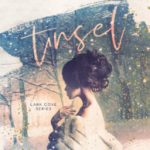 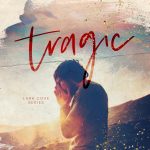 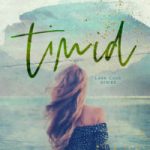