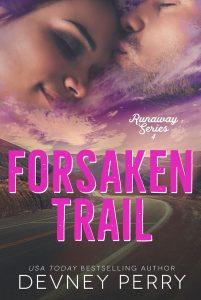 Aria Saint-James has planned the perfect getaway: sweatpants, takeout and two weeks alone with her sister and nephew. Nowhere on that list is wearing a low-cut dress and uncomfortable heels to attend a wedding where she knows neither the bride nor the groom. Toss in her nemesis, Brody Carmichael, and her road trip to Arizona is officially a bust.

But at least there is champagne.

She blames the bubbly for falling into bed with Brody that night. Enemy or no, the billionaire is irresistible in a tux. But after their one-night tryst, Aria has no choice but to cut her vacation short, returning home to escape his devilish smile, vowing never to see Brody again.

Except Aria gets a surprise a few weeks later--she's pregnant. When he learns that she's carrying his child, Brody offers Aria the chance of a lifetime. The catch? She has to live under his roof until the baby is born.

Either they'll kill each other in nine months. Or discover love buried beneath their hate.

I have enjoyed each book in the Runaway series and in the fourth book, Forsaken Trail by Devney Perry, we get an enemies to lovers story with a bit of an unexpected surprise! The Cadillac has come to Aria and she is set to visit her sister and nephew. But that also means seeing Brody. I loved Aria. She was full of sass, caring and likable. Brody was cocky and determined, but there was also a protective and caring side to him. And I just loved their back and forth so much. When they find themselves attending an event together, they cannot deny their chemistry. But imagine their surprise when their one-night has long-lasting consequences! They could not be more different and yet, could the other be just what each of them needed? I devoured Forsaken Trail by Devney Perry! It was a great addition to the series!

The whirl of tires and the hum of an engine filled the air before she could answer. A shiny black Jaguar came down the driveway and my heart dropped.

No. That son of a bitch Brody Carmichael was going to ruin my vacation.

“He’s supposed to be gone.” If he dared encroach on my time with Clara, I’d sneak poison ivy into his bed.

“It’s not his fault.” Clara sighed, quick to defend her boss.

“Did his private plane not have enough spiced cashews for his liking? Surely he can afford jet fuel.”

The second-best part of this week, besides Clara and Gus, was Brody’s scheduled absence. Clara knew there was no love lost between me and her boss, so she’d suggested travel dates that coincided with his vacation.

Yet here he was, parking a car that likely cost more than all of my worldly possessions combined.

Brody parked behind the Cadillac and stepped out of his car, sliding the sunglasses off his face. He wore a navy suit tailored to perfection around his broad shoulders and long legs. In the years I’d known him, I’d never seen him in anything but a suit. Did he not own jeans?

“Brody!” August raced over, holding up a hand for a high five. “Aunt Aria is here. We’re gonna open my presents.”

“I see that.” Brody’s lips turned up in a smile. Barely.

If the man ever learned how to deliver one properly, actually show some teeth, he’d be devastating. Especially with the dark, trimmed beard he’d grown a few years ago. It gave him a sexy edge. Or it would have, if his perpetually sour mood wasn’t such a major turnoff.

He definitely, definitely didn’t turn me on. Oh no.

Broderick Carmichael was enemy number one. 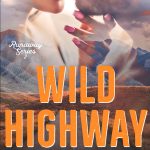 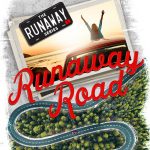