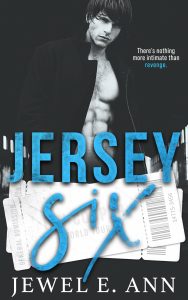 Jersey Six by Jewel E Ann
Published by Self on 06/13/19
Genres: Romantic Suspense
Buy on Amazon US
Goodreads

How far would you go for revenge?

A hit-and-run accident leaves Jersey Six orphaned and homeless on the streets of Newark, shattering her dreams of school dances, pink nail polish, and a diploma.

Eight years later, a burn victim with amnesia wanders into Jersey’s barely-existent life. She resists his efforts to form a friendship until he reveals knowledge of the person responsible for derailing her future. Through their unusual friendship, she discovers a way to avenge the deaths of her foster parents.

All she has to do is destroy the world’s biggest rock star.

In the ultimate game of sex, lies, and manipulation, can Jersey discover the truth? Or will she be blinded by attraction, deceived by love, and destroyed by her past?

“Jewel E. Ann has once again crafted a flawless story that is utterly unique and unforgettable. Hands down my favorite book of 2019!”

Jersey Six by Jewel E. Ann was full of twists and surprises. I devoured this book and could not put it down. The story was emotional and a wild ride! Jersey Six has not had an easy life. She was strong and determined, but she was made this way because of all she went through. When she meets a man who has answers, she goes on a journey she was not prepared for. Ian is a musician on top of his game and he is adored by millions. When he meets Jersey, everything changes. I loved this book. It was a story about revenge and secrets and will consume you.

“We ate at the hotel.” Her lips twisted to the side. “Mind if I stick some stuff in my bag for later?”

A tiny wrinkle formed between Ian’s eyes, just below the long sweep of his black bangs. “There will be lots of food available later too. But…” he shrugged, leaning forward and resting his elbows on his knees “…take whatever you want.”

Jersey glanced over her shoulder at the food and the three other men in the room. She decided to wait a little while before shoving as much as possible into her bag like a free-for-all. “Thanks.” Jersey returned her attention to Ian. “So … you’re a singer. Like … are you a big deal?”

Every word she spoke seemed to feed his level of happiness. “Well …” He rubbed his chin, twisting his lips. “We play music. People like to listen to our music. But no … it’s not a big deal. We’re not saving lives or anything like that.”

She eyed him with suspicion for a few seconds. That smile of his didn’t feel worthy of complete trust. “Um … what exactly do you need me to do? What’s my job? They already took Chris. Will that big, bearded guy come for me too?” Jersey couldn’t remember his name.

“No.” Ian stood, pushing his elbows out from his shoulders, twisting side to side. “Tonight you are just going to watch the concert from backstage. Tomorrow night you’ll sell merchandise.”

“Fans.” Ian grinned. “Okay. I might have understated all of this to you … can you name a famous singer? Old or new. Doesn’t matter. Just a famous singer.”

“I had a foster parent who used to listen to Josh Groban.” Jersey gnashed her teeth, still feeling so much anger. Dena wasn’t just a foster parent; she was Jersey’s friend.

“Okay. Well, Josh has sold millions of records, and he’s a huge star in his genre of music. Thousands of people pack venues all over the world to see him sing live in concert. And they sell merchandise of his at those concerts.”

Jersey gazed unblinkingly at Ian as he scratched his jaw.

“Well, I sing a different genre of music, but I, too, travel the world, singing to sold-out concert venues, andI have people who sell my merchandise at these concerts.”

Jersey dropped her bag to her feet and planted her fists on her hips. “Listen, Coop. Stop talking down to me. I’m not an idiot. I know what a concert is. But earlier today you didn’t say what you did or what the job was you were offering. You bought a homeless person a hot dog and offered her a job. Of course, I’m going to think something sketchy might be involved.”

Tipping her chin up, she held her breath to puff out her chest, pretending the recent revelation of Ian Cooper being a famous singer didn’t faze her one bit. Inside, Jersey’s heart hammered into her ribcage, and her mind reeled trying to figure out the day’s events.

“Coop?” His lips twitched into a tiny grin.

“Clearly.” Ian chuckled. “But my name is Ian. Everyone calls me Ian.”

“I busted the nose and jaw of a kid named Ian. He tried to stick his cock in my ass. I’ll call you Tom, Dick, or Harry, but I’m not calling you Ian because that makes me want to physically harm you.”

Ian’s eyebrows shot up his forehead as his head whipped back a few inches. “Coop it is.”

Enter Jewel’s giveaway for a signed paperback and swag! 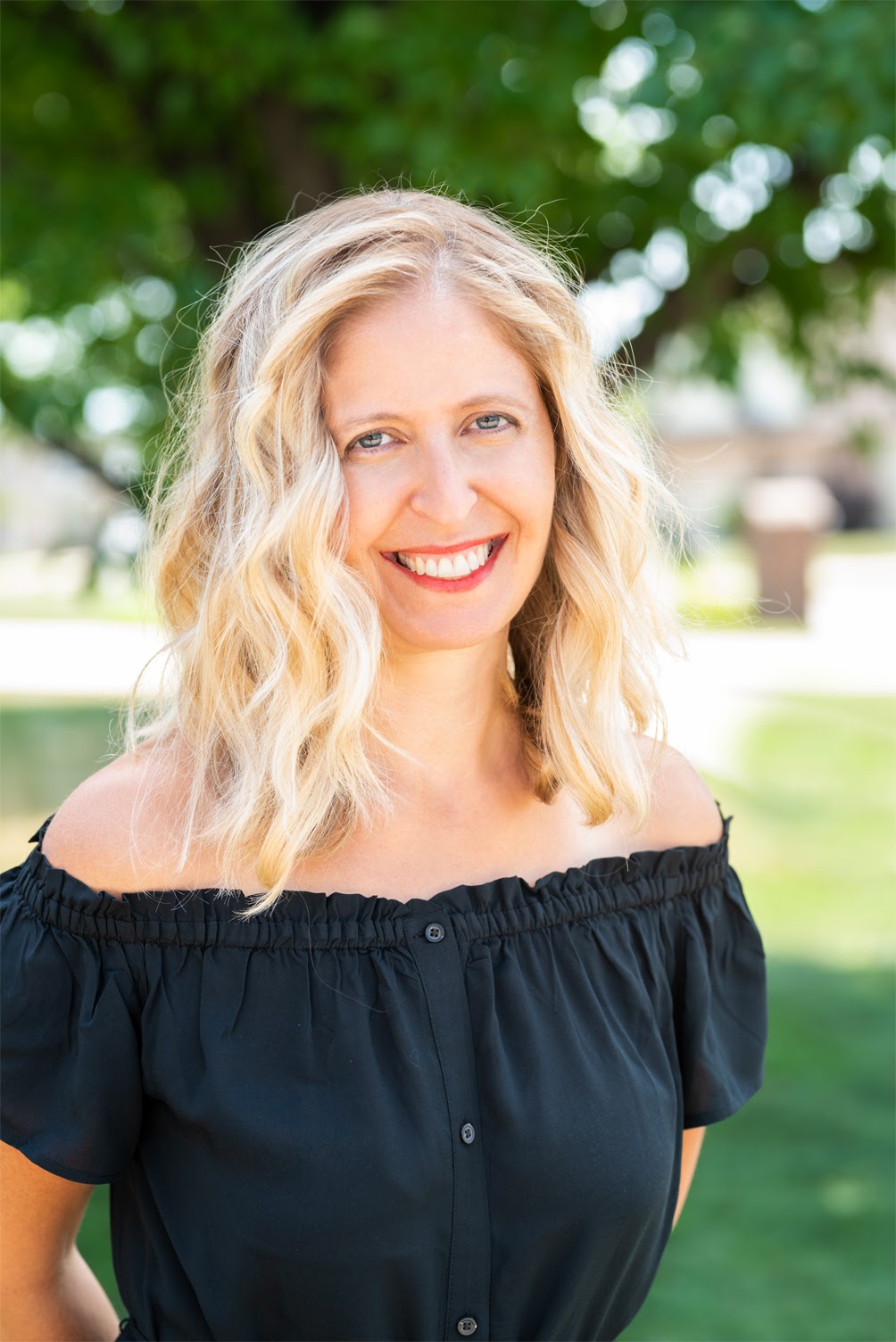 Jewel is a Wall Street Journal & USA Today best selling author a with a quirky sense of humor. When she’s not saving the planet one tree at a time, you can find her role modeling questionable behavior to her three boys, binge-watching Netflix with her husband, and writing mind-bending romance. 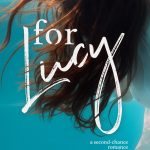 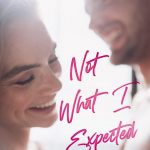 Not What I Expected by Jewel E. Ann Release & Review 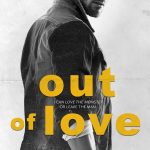 Out of Love by Jewel E. Ann Blog Tour & Review 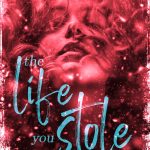