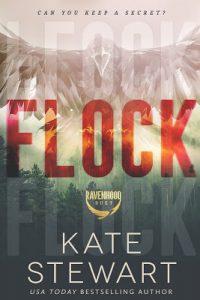 Flock by Kate Stewart
Series: The Ravenhood Duet
Published by Self on 7/30/20
Genres: Romantic Suspense
Buy on Amazon US | Buy on Amazon UK
Goodreads

Can you keep a secret?

I grew up sick.

I grew up believing that real love stories include a martyr or demand great sacrifice to be worthy.

Because of that, I believed it, because I made myself believe it, and I bred the most masochistic of romantic hearts, which resulted in my illness.

When I lived this story, my own twisted fairy tale, it was unbeknownst to me at the time because I was young and naïve. I gave into temptation and fed the beating beast, which grew thirstier with every slash, every strike, every blow.

Triple Falls wasn’t at all what it seemed, nor were the men that swept me under their wing. But in order to keep them, I had to be in on their secrets.

Secrets that cost us everything to keep.

That’s the novelty of fiction versus reality. You can’t re-live your own love story, because by the time you’ve realized you’re living it, it’s over. At least that was the case for me and the men I trusted my foolish heart to.

Looking back, I’m convinced I willed my story into existence due to my illness. 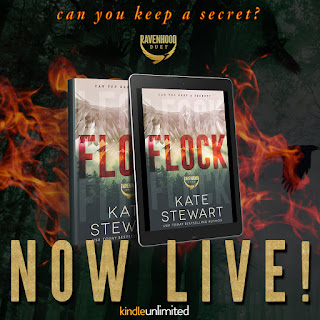 FLOCK
, book one in The Ravenhood Duet from best-selling author, Kate Stewart, is 𝐋𝐈𝐕𝐄! Get ready for a sinfully 𝐇𝐎𝐓, 𝐀𝐍𝐆𝐒𝐓𝐘, 𝐔𝐍𝐂𝐎𝐍𝐕𝐄𝐍𝐓𝐈𝐎𝐍𝐀𝐋, and 𝐓𝗪𝐈𝐒𝐓𝐄𝐃 love story filled with suspense, a little action, and 𝐀𝐋𝐋. 𝐎𝐅. 𝐓𝐇𝐄. 𝐅𝐄𝐄𝐋𝐒!
⁣⁣

I have been reading Kate Stewart for a while now and can say, she is an amazing writer that gives us characters and stories that touch us to the core. And yet she can still manage to blow my away. In Flock, the first book in The Ravenhood Duet, we get a captivating and engaging story that was creative and different. Though I read the blurb, I really had no idea what I was getting into and it was the best thing. This is a story you just need to dive into and experience.

Cecilia is young, 19, and living with her estranged father for one year, while she works for him and earns money. She has always been the good girl. She meets Sean, who works with her father is drawn to him. There are secrets, steamy chemistry and so much more. I cannot wait to get my hands on the second book and see how it all ends! 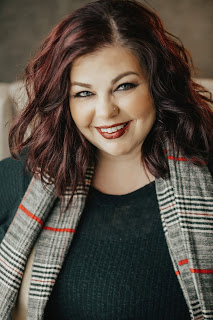 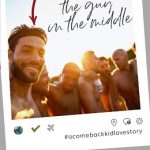 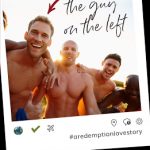 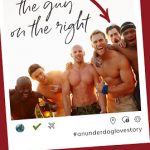 The Guy on the Right by Kate Stewart Review 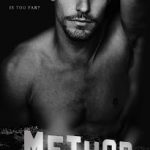