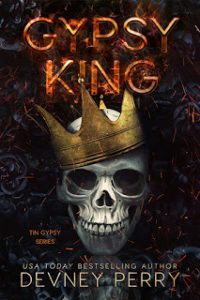 The former Tin Gypsy motorcycle club has everyone in Clifton Forge, Montana convinced they’ve locked their clubhouse doors and ripped off their patches. Everyone but Bryce Ryan. There’s more happening at the club’s garage than muscle car restorations and Harley rebuilds. Her instincts are screaming there’s a story—one she’s going to tell.

As the new owner of the small town’s newspaper, Bryce is hungry for more than birth announcements and obituaries. When a woman is brutally killed and all signs point to the Tin Gypsies, Bryce is determined to expose the club and their leader, Kingston “Dash” Slater, as murderers.

Bryce bests Dash match after match, disappointed her rugged and handsome opponent turns out to be an underwhelming adversary. Secrets are exposed. Truths defeat lies. Bryce is poised to win this battle in a landslide.

Then Dash breaks all the rules and tips the scales.

I absolutely love anything written by Devney Perry. From the very first book of hers I read, The Birthday List, she very quickly became a 1-click author for me. In Gypsy King, the first book in a new series, we get an enemies to lovers story. Dash is the former leader of the Tin Gypsy MC club, but they gave that up to go legitimate. Bryce wants to know why they gave it all up and learn more about a local murder that leads right up to the Tin Gypsies.

When Dash and Bryce meet, the sparks fly right off the pages. Dash is a total alpha, but he is also protective and caring. Bryce is smart and so very determined. Nothing will get in the way. Not even the gorgeous and sexy Dash. I loved watching their banter and back and forth. Neither gave an inch. I loved Gypsy King by Devney Perry and cannot wait to read more in the series. 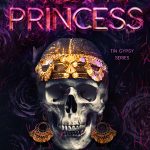