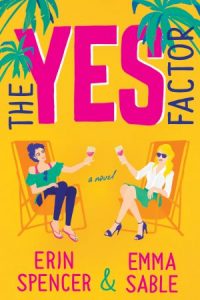 The Yes Factor by Erin Spencer, Emma Sable
Published by Self on 6/30/20
Genres: Women's Fiction
Buy on Amazon US | iBooks | Kobo | B&N
Goodreads

Just what do you find out when all of your no’s turn into The Yes Factor?

The Yes Factor, the contemporary rom-com debut novel by Erin Spencer and Emma Sable, is live!

With 40 just around the corner, divorced, single mom Bex is too busy being a chauffeur for her teenage daughter to bother swiping for dates.

Her best friend Liv, who is married to the supposedly perfect man, swoops in from London on a mission to get Bex out of her own bed and into someone else’s. Liv pushes Bex into a week-long whirlwind of dates, awkward kisses and missed connections.

What could possibly go wrong when Bex agrees to Liv’s harebrained scheme of saying Yes to every possible suitor? And why is Liv so intent on fixing Bex’s love life, or lack thereof?

The Yes Factor by Erin Spencer and Emma Sable was such a fun and delightful read. I laughed and just lost myself in the story. Liv and Bex are best friends and always there for each other. However, with lives in separate places, they may not always be as close as they used to be and want to be, but the love and friendship is always there. But could they need each other now more than ever? Liv wants to help Bex enter dating life again and truly give it a try and Liv needs to figure out who she is and what she truly wants.

I just loved their friendship, banter and how they pushed and supported each other. Though they were not always completely honest with each other, you could see what they truly mean to one another. Both Liv and Bex went through so much growth, learning, self-awareness. The Yes Factor by Erin Spencer and Emma Sable was a great read about friendship, life, choices and so much more. 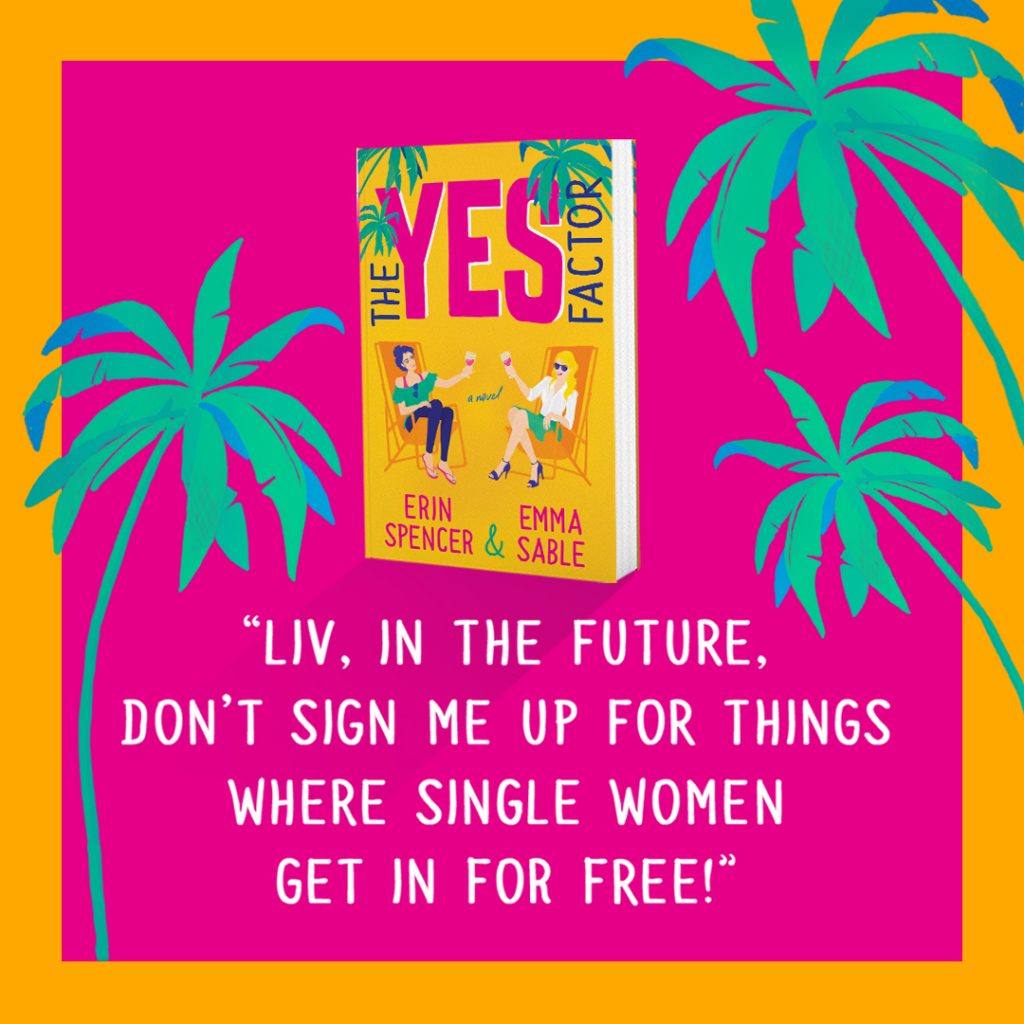 “Um, I hope this doesn’t come off as strange, or overly forward considering we just met two minutes ago, but,” he pauses and looks right into my eyes, “would you be interested in getting a bite after my shift tonight? I’m off at eight.”
I freeze. Stunned. Speechless. He looks so hopeful. So optimistic. But I can’t. I just met him. He could be crazy. Of course, he’s crazy, he’s an actor! But he seems nice and genuine and seemingly not crazy. Maybe I should…
“No. I’m sorry. I can’t.”
“What?” Liv interjects. “Can you give her a minute to think it over? She’ll get back to you.”
“Oh, sure. Okay. I’ll just go take care of that guy. Let me know if you need anything else.” Brandon turns away quickly with an air of defeat.
Liv swivels to face me and leans in close. “Bex.” She slow blinks. “I cannot believe what I just heard. No, scratch that. I can believe it and it’s got to stop. Now.”
“What? I just met him. How am I already supposed to have dinner with him?” I protest.
“Listen to me. You know what you’re missing? The yes factor. How long have you spent saying no to life, no to romance, or even potential romance, and no to just one date? It’s time for a U-turn to become Yes-Bex.”
One thing about Brandon I do know is that he must make a strong drink because Liv seems positively manic right now. Or maybe it’s the jet lag.
She continues with urgency, as if she’s telling me secret plans to invade Fort Knox. “For the next seven days while I’m in town, you’re going to say yes. Yes to opportunity, yes to stepping out of your comfort zone, yes to adventure. Don’t worry, I’ll be your wingwoman. But, from here on out, you say yes.”
Liv looks at me expectantly, waiting for me to say something as I let her words soak in. She’s right. I’ve fooled myself into thinking that I’ve put myself out there when, in reality, I’ve just dipped my toe in the pool. I’ve patted myself on the back for signing up for dating apps, but then I never go on a date. I’ve had friends beg to set me up with someone. I reluctantly agree, but when it comes to scheduling, I’m always “busy.” Poor Maddie has been used as an excuse time and again when, in fact, even Maddie has been encouraging me to date. And now, when I meet someone in the world, organically, like I’ve always wanted, the first word out of my mouth is “no.”
If I don’t stop saying no to the possibility of love, how will anything change? Maybe it is time to start saying—
“Yes?” I smile. “Fine, you’re right. It’s time to add the Yes Factor to the equation.” 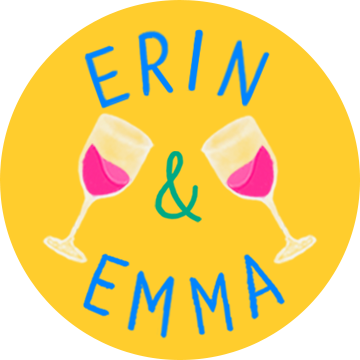 Erin Spencer and Emma Sable are two Southern girls who met in L.A. at a mutual friend’s engagement party. They bonded over their shared love of fried shrimp, queso, and The Golden Girls. After a girls’ night out in Hollywood to celebrate Emma’s birthday, the two were inspired to begin writing The Yes Factor, their first novel together.
To celebrate finishing the novel, Erin and Emma travelled to the Amalfi coast where they enjoyed a week of sunshine, pasta, and Pinot Grigio. And where a few notes might have been scribbled for their next book, too!
Erin lives in L.A. and Emma now lives in London. 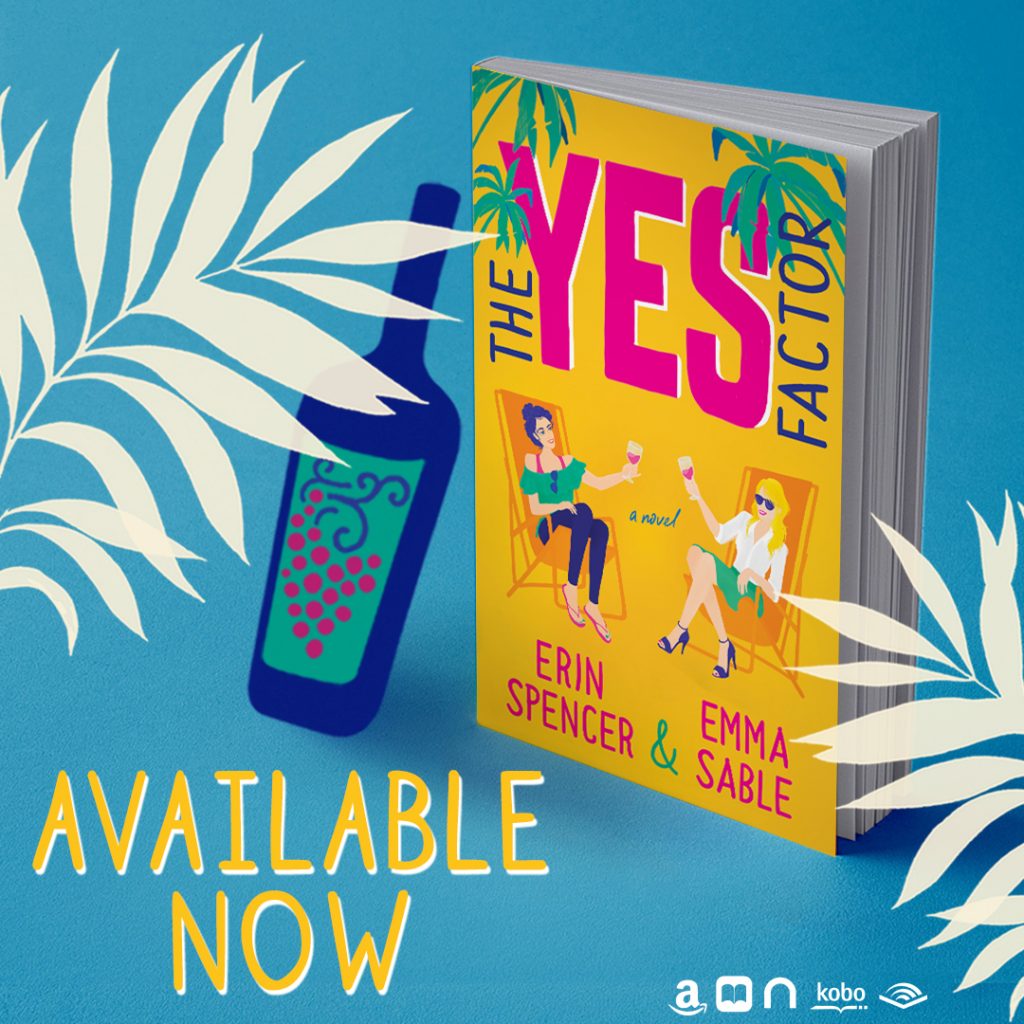 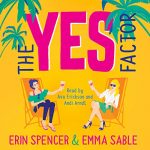 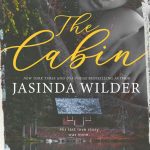