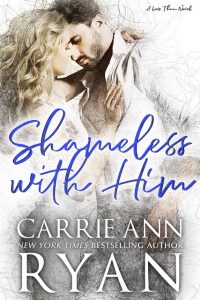 Shameless With Him by Carrie Ann Ryan
Series: Less Than
Published by Self on 3/24/20
Genres: Contemporary Romance
Buy on Amazon US | Buy on Amazon UK | iBooks | Kobo | B&N
Goodreads

Caleb Carr might have once been ready for commitment, but when the unexpected slams into him with the force of a two-ton truck, he knows he has to run away from anything that might be important. Zoey might well be his final temptation, but to keep her whole, he’ll walk away.

Zoey Wager has loved Caleb since they were eight. And has had her heart broken from afar repeatedly ever since. It doesn’t help that every time she sees him—even when she’s running away halfway across the world—he’s with another woman. She's watched him fall in lust her entire life. Now, she's ready to watch him fall in love. With her.
Chance encounters of the sequined kind, best friends who aren’t really just your friend, and childhood meet cutes that are anything but cute force the Carr siblings to face what life has brought them. Again.

Shameless With Him by Carrie Ann Ryan is the third book in. her Less Than series, however, each can be read as a standalone, and I highly recommend them. This time we get Caleb and Zoey’s story and it was emotional, angsty and steamy. Caleb and Zoey have known each other most of their lives. For most of the time, Zoey has had feelings for Caleb, but never admitted them. Instead she suffers silent as he goes from one woman to the next. But this time around she is determined to have him notice her.

Caleb had his reason for keeping away, but what will happen when he shares his reasoning?  He was strong, determined but also caring. Zoey was determined to finally win over Caleb. Their chemistry was undeniable, but with so much in their way, could they find their way?

And I just loved the family and friendships in this book (and the previous one as well). This is something this author does well. Shameless With Him by Carrie Ann Ryan was heartbreaking and heartwarming and I could not stop reading! 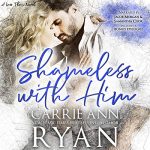 Audio Review: Shameless With Him by Carrie Ann Ryan 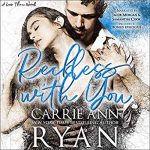 Audio Review: Reckless With You by Carrie Ann Ryan 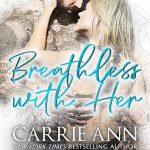