The Choices I've Made by J.L. Berg
Published by Self on 10/01/2017
Genres: Contemporary Romance
Buy on Amazon US | Kobo
Goodreads

Surviving it? That’s the hard part.

Dr. Jake Jameson knows this all too well. Losing his mother at the age of eighteen, he walks away from his small hometown and the painful memories it holds, vowing to never return again.

Twelve years later, he finds himself driving back down the coast of North Carolina. When his father leaves him a small medical practice, he has no choice but to heed the call until he can find someone else to take it off his hands.

But coming back home means facing everything he left behind, including the one woman who might make it impossible to leave again.

Molly McIntyre has spent her entire life in one town. Taking over her parents’ small inn, she’s settled into a quiet, happy life. But all of that comes to an abrupt halt when Jake shows up at her door in need of a place to stay.

Molly loathes everything about this man, but she can’t find it in her heart to refuse his request.

After over a decade, these former lovers quickly discover what once burned brightly between them has only grown in their time apart. Soon they must decide if the choices they’ve made have led them back to each other for a second chance or one final goodbye.

The Choices I’ve Made by J.L. Berg is available NOW!

The Choices I’ve Made by J.L. Berg is a second chance romance that was emotional and angsty. This was my first read by this author and I was captivated by this story from start to finish.

Jake Jameson and Molly McIntyre were friends that turned to more. They were happy and in love. But as it happens in life, their choices took them in separate directions. One left and one stayed. Years later Jake is a successful doctor and loves his life and career. It was what he always wanted. Molly on the other hand has never left and never wanted too. Running her family inn makes her happy.

When Jake’s father dies, he returns home temporarily to take care of his father’s estate.  But when he sees Molly, all the old feelings return. But both Jake and Molly struggle to give in to what they have always felt. Jake wants to return to his new home and Molly has no intention of leaving.  Can they find a way to be together or are the choices they have made enough to keep them apart?

The Choices I’ve Made by J.L. Berg was an emotional journey of two people meant to be together, but choices were made that kept them apart. It was emotional and heartfelt.  I was captivated by their story, even as my heart hurt. A second chance romance that has all the feels.

After two glasses of wine and an hour of feeling sorry for myself, I decided I’d had enough self-pity for one day. Rising from my cozy chair, I took one last look at the sparkling water as the moon rose high in the sky. How one could ever get used to a view like that, I’d never know. I’d been raised in this house, and still, it never ceased to take my breath away.

After a quick stop by the kitchen sink to rinse out my glass, I headed to the large pantry, deciding I needed a little baking therapy to pass the time. Although the Lovells had offered to take care of their own meals since I comped the room, I decided to treat them for their help over the last week.

As much as I hated to admit it, I couldn’t have done it all without them.

Grabbing flour, sugar, and a few more items, I settled on a family favorite recipe—zucchini bread. I’d added my own little flair to it over the years, but the basic recipe was still the same.

There was something almost restorative about the process of mixing ingredients. With no need for a recipe anymore, I found myself humming a song I’d heard on the radio earlier in the day, and my mood began to lift.

That was, until the doorbell rang.

Wiping my hands on a dish towel, I checked my appearance in the hallway mirror, rolling my eyes at the flour that coated my cheeks.

My mom always said I was a messy baker. I guessed some things never changed.

Putting on my best face possible, I prepared myself, morphing into the hostess with the mostest. It didn’t always happen, but every now and again, I’d have unexpected visitors. People who’d missed the last ferry and were in desperate need for a place to stay or others who had just fallen in love and didn’t want to leave.

In every case, I always found a place for them, sometimes even giving up my own rooms to accommodate them. Pulling open the door, I greeted the late-night visitor with a bright smile. But, the moment I saw his face, that familiar rugged jaw and piercing blue eyes, my smile faded into something less than pleasing.

“What are you doing here, Jake?” I nearly snarled.

“Is that any way to greet a guest?” he replied sluggishly. He was clearly drunk.

“Did you drive here in that state?” I asked, looking over his shoulder to make sure a car wasn’t wrapped around the neighbor’s tree.

“No,” he answered. “Waited until I was parked outside before I popped open the bourbon. Did you know, if you park right there”—he pointed behind him, making his sloppy posture even worse—“you can see the backyard? You still like to sit out on the deck, huh?”

My cheeks heated with anger as I realized my private moment of sulking had been witnessed by none other than hotshot Jake Jameson. I sighed, noticing the way his eyes followed mine.

“What do you want?” I finally asked, averting his gaze.

“I’m a wayward tourist in need of a place to stay.”

My arms folded across my chest as he made himself at home, breezing past me to stumble into the sitting room. His large body seemed to melt into the couch as I tried not to think about all the things we’d done in this room while my parents were out of the house.

“You have a place to stay, Jake,” I reminded him. “And, no matter how much you try to convince yourself, you’re no tourist. Not even a fancy degree could change that twang in your voice.”

He laughed, a sound that made my spine tingle. “You’re right. I can’t seem to shake it. But it does do me some favors every now and then.” He gave me a quick grin and a wink, causing me to nearly spit fire.

The idea of him using his stupid accent to get women into bed—it shouldn’t have affected me so, but it did.

“Look,” I said, feeling my never-ending river of patience suddenly drying up, “it’s late, and I know you’ve had a rough day, but—”

“Tried what?” I asked, pinching the bridge of my nose.

My heart galloped a little faster, but luckily my anger won the race. “You’ve got to go, Jake. You can’t stay here.”

The way he’d said it reminded me of the scared boy I’d once held in my arms as he wept for his mother. It tugged at the few remaining heartstrings I had for this man, and suddenly, I found myself caving.

He instantly perked up, turning his head, as his bright blue eyes found mine again.

“But you will pay double, and don’t expect any special treatment.”

He nodded as he tried to stand, swaying back and forth. I ran forward, keeping him from crashing into my antique coffee table. The generosity I’d felt just moments before was already starting to bite me in the ass.

“Got it,” he said as my hands wrapped around his muscled biceps. That intense stare of his was back as his fingers found mine. “You won’t even know I’m here,” he whispered, the smell of bourbon on his breath.

“Highly unlikely,” I grumbled, pulling my hand from his. The heat of it remained, like a brand against my skin. “Now, you can take the—”

It had always been a favorite of his. Mine, too.

“Fine,” I replied, trying to seem unaffected by his demand. “I assume you still remember the way?”

He held up his palm in front of his face. “Like the back of my hand.”

He laughed, sounding drunker than I’d ever seen him. “Right.” Taking a few steps forward, his body brushed against mine. “I like it when you call me doctor.”

I took a deep breath, putting some much-needed space between us.

“You would. Now, if you’ll excuse me, I have bread to bake.”

“Bread!” he nearly shouted before chuckling under his breath. He said in a hushed tone, “I love bread.”

Those two words were like a cold bucket of water. His gaze suddenly sharpened as a tingle went down my spine. Both of us knew he wasn’t talking about sleeping, and for a moment, I let him know it.

No eye roll or quick-witted comeback. I just stood there, letting myself indulge in a single moment that signified a lifetime of memories.

And then the jerk threw up on my shoes. 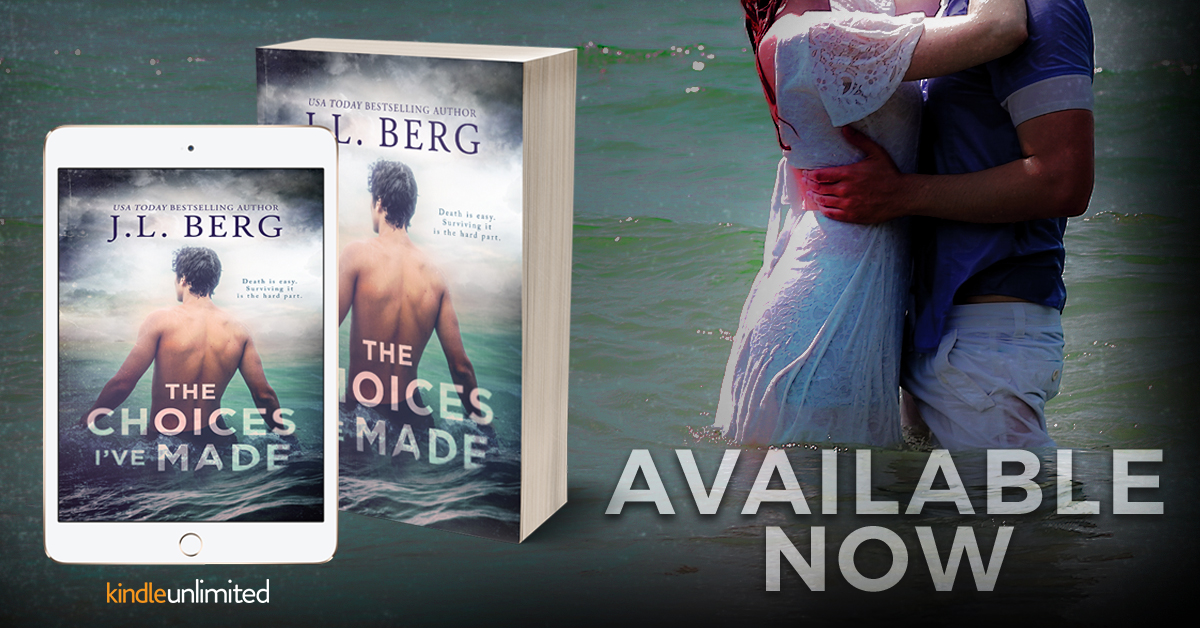 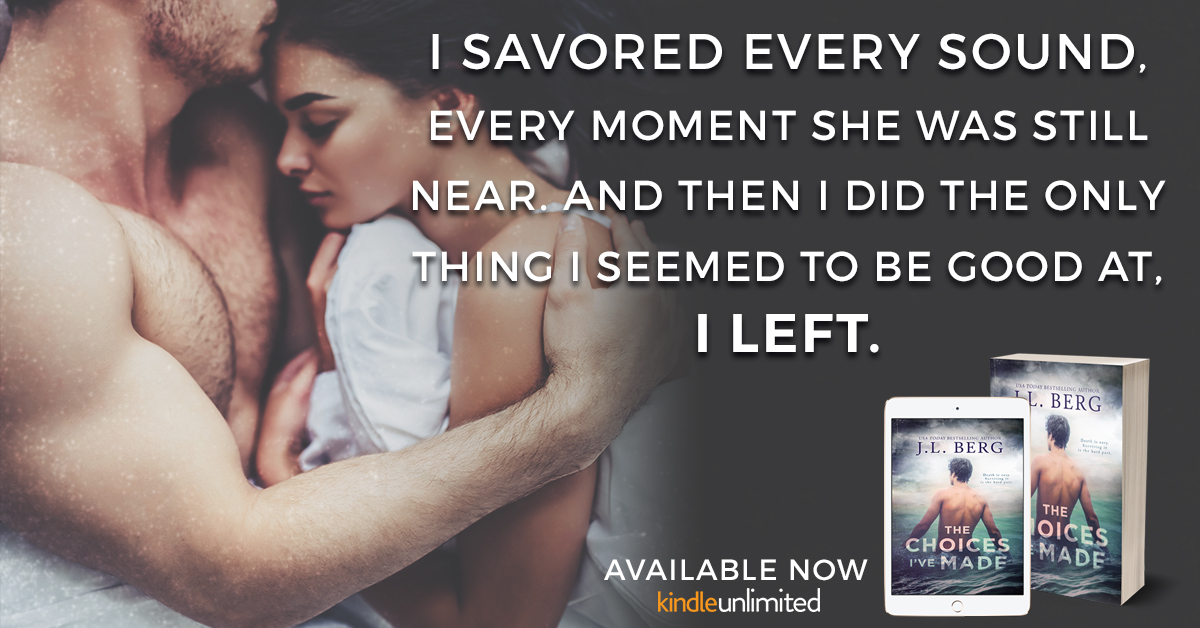 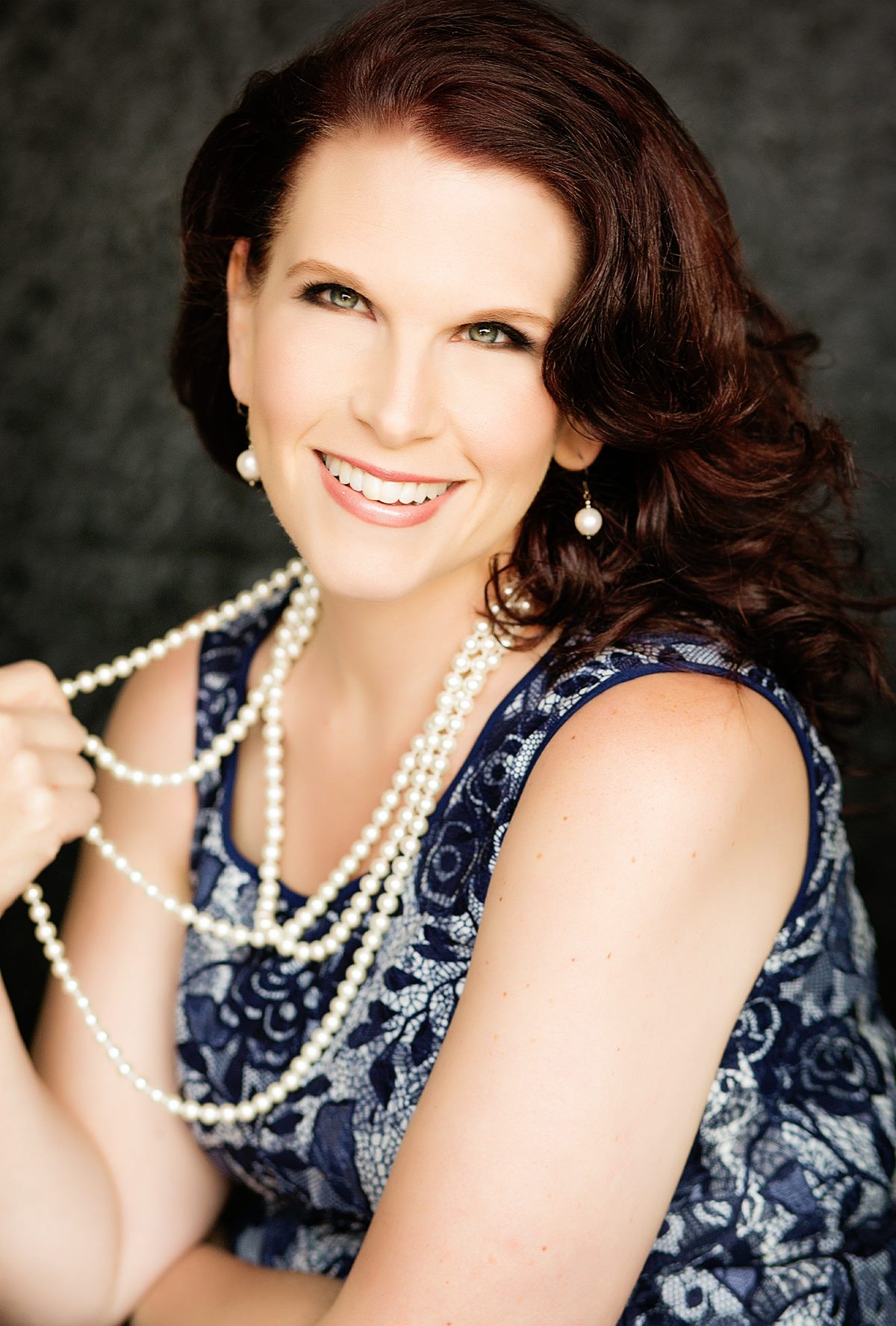 J.L. Berg is the USA Today bestselling author of the Ready series, the Walls series, the Lost & Found series and more. She is a California native living in the beautiful state of historic Virginia. Married to her high school sweetheart, they have two beautiful girls and two pups. When she’s not writing, you will find her cuddled up, watching a movie with her family, obsessing over fandoms or devouring anything chocolate! J.L. Berg is represented by Jill Marsal of Marsal Lyon Literary Agency, LLC. 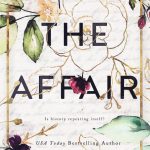