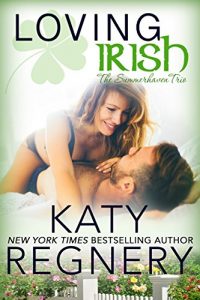 Ian Haven and Halcyon Gilbert haven't seen each other since Hallie's 17th birthday...
...the same day Hallie pledged she would never, ever speak to Ian again as long as she lived.

Hallie Gilbert has had an especially awful year. When her husband of five years left her, Hallie’s 4-year-old daughter, Jenny, essentially stopped speaking. Add to this, she had to sell her Boston apartment to pay her husband’s exorbitant credit card bills. What Hallie needs is an uncomplicated autumn at Colby Cottage, her family’s summer home in Sandwich, NH, where she and Jenny can re-group and figure out what happens next.

But Colby Cottage, located adjacent to the Summerhaven Camp, has not been well-maintained and Hallie finds it in such disrepair, it's almost unlivable. When nearby camp owner, Rory Haven, arranges for his brother, Ian, to handle renovations for Hallie, her plans for an uncomplicated autumn suddenly get a lot more challenging.

I absolutely love to read second chance romances and is exactly what we get in Loving Irish by Katy Regnery, the third book in her The Summerhaven Trio series. And we finally get Ian Haven’s story, which we knew from previous books would be emotional. Though each book is about a different sibling, I would highly suggest reading in order for a better reading experience.

We finally learn what drove Ian down the path he was on and see him heading to recovery. His journey has been heartbreaking, but we can see how hard he is working on redeeming himself. Hallie is looking to start over after her ex left. She has her daughter to think about and her heart to protect.

At seventeen everything seems immensely easier and when things go wrong, completely horrible. When Ian and Hallie went their separate ways, it hurt them. Now Hallie is back and wants nothing to do with Ian, but Ian is determined to make up for his mistakes. Even as Hallie only wants to keep him at arm’s length.

I love the strength of family depicted in this series and how second chances can be redeeming. And Ian with Hallie’s daughter was so sweet. He wanted to be there for both of them. Katy Regnery is an amazing writer who gives us stories that are emotional, captivating and beautiful and Loving Irish was all those things and more. 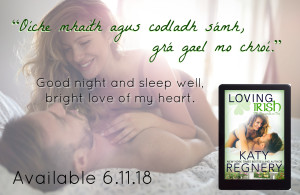 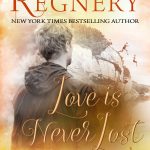 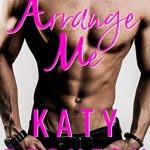 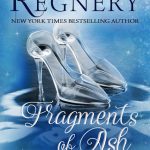 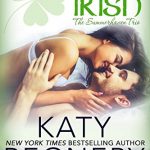 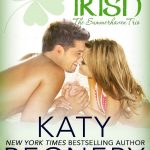