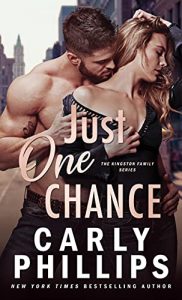 Just One Chance by Carly Phillips
Series: The Kingston Family
Published by Self on 10/12/21
Genres: Contemporary Romance
Buy on Amazon US | Audible | iBooks | Kobo | Nook
Goodreads

Also in this series: Just One Wish

He thought she was the one . . . until she walked away. Now she's back and he wants her more than ever.

As a former Marine, Xander Kingston’s writing keeps him sane. Bonus? His thrillers made him one of Hollywood’s most desired screenwriters – and also introduced him to a fledgling starlet who broke his heart.

With his close-knit family in New York, Xander returned home and found peace. Until Sasha Keaton shows up at his Hamptons retreat. Now an A-Lister, she’s as beautiful as he remembers. And just as dangerous to his heart.

Sasha learned from watching her mother to never sacrifice her dreams for anyone—only to discover how empty life could be without the man she loved. Now cast in Xander’s latest movie, she needs his insight to play the part, but secretly hopes for a second chance.

Xander has built emotional walls to keep Sasha at a distance, but their physical attraction can’t be denied. When a stalker’s threats intensify, Xander moves Sasha into his house to keep her safe. Before long she's back in his bed and making inroads in his life.

But when the danger passes and the movie wraps, Sasha and Xander face a familiar choice—put career first or give love a fighting chance.

Just One Chance by Carly Phillips is book 3 in The Kingston Family series and the first I read. I enjoyed reading it and did not feel lost, though I am now excited to go back and read the two previous books in the series. In this one, we have a second chance romance between Xander and Sasha. Xander served in the military and suffers from PTSD. He lives a quiet life close to his family and that keeps him happy. Sasha has always been driven and determined, much to her mother’s happiness. Her one goal was to become a Hollywood star. But in the end that drive broke Xander and Sasha apart years ago. When they met the spark between them was strong, but the wants and needs of the other did not mesh with what the other needed.

Now years later Sasha is set to star in one of the movies based on Xander’s books. He wants nothing to do with the woman who broke his heart. But she is back and starring in his movie no matter what he wants. When they come face to face again, the chemistry and desire is still there, but nothing can come if it, right? Maybe if they keep things light and fun until the movie wraps, they can walk away as friends this time. Easy, right?

Xander is strong, caring, and protective. Sasha is very driven and determined, but has she truly ever chased what she wanted? Maybe it’s time she does. When Sasha is threatened, all of Xander’s protective instincts come out. Is this their second chance or the final goodbye? I loved Just Once Chance by Carly Phillips. It was sweet, a bit angsty and had so many feels. 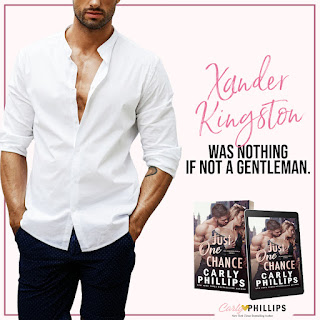 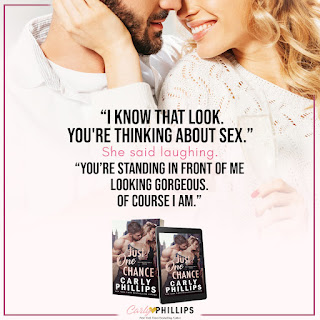 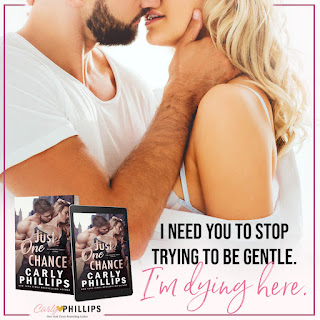 NY Times, Wall Street Journal, and USA Today Bestseller, Carly Phillips gives her readers Alphalicious heroes to swoon for and romance to set your heart on fire.
She married her college sweetheart and lives in Purchase, NY along with her three crazy dogs: two wheaten terriers and a mutant Havanese, who are featured on her Facebook and Instagram.
The author of 50 romance novels, she has raised two incredible daughters who put up with having a mom as a full time writer.
Carly’s book, The Bachelor, was chosen by Kelly Ripa as a romance club pick and was the first romance on a nationally televised bookclub.
Carly loves social media and interacting with her readers.
Want to keep up with Carly? Sign up for her newsletter (below) and receive TWO FREE books at www.carlyphillips.com.
Connect with Carly Phillips
Website | Facebook | Twitter | Instagram | BookBub
Amazon Author Page | Goodreads
Hosted By: 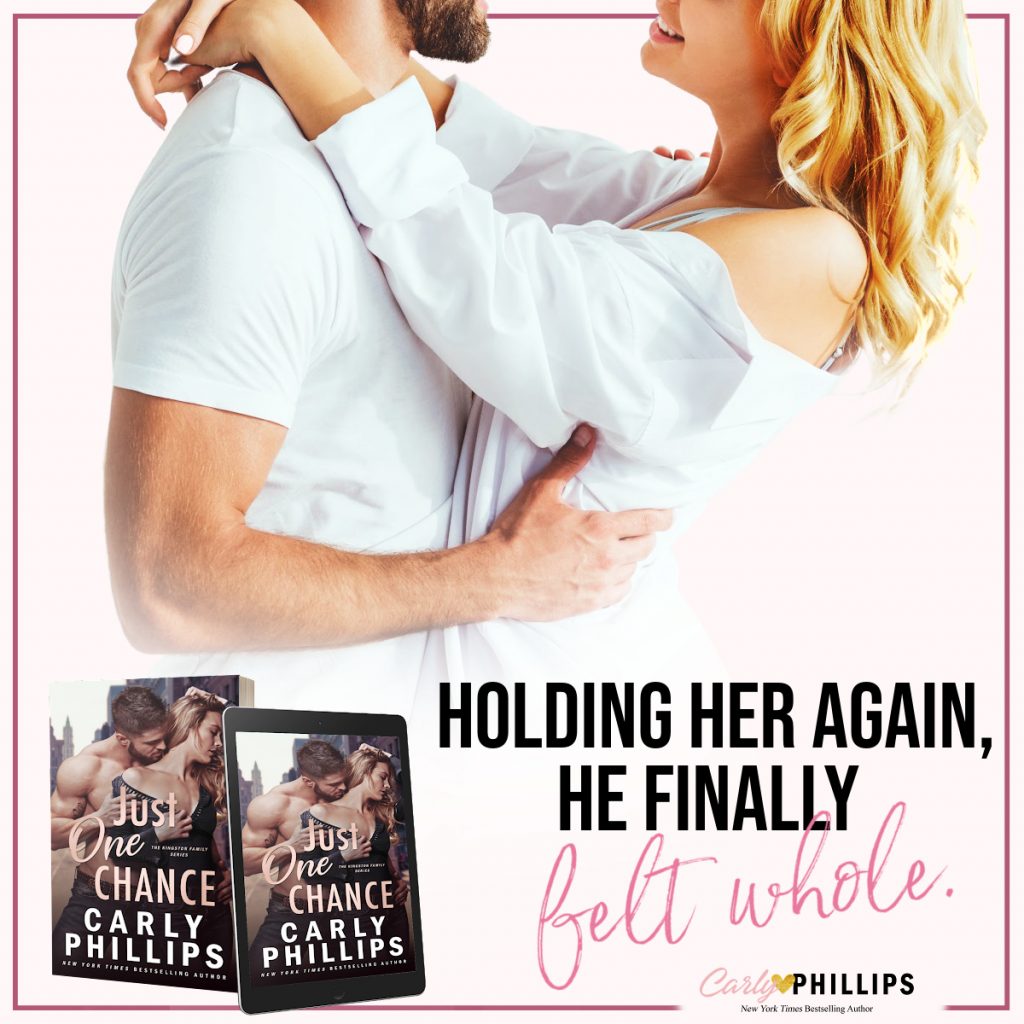 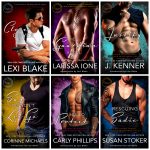