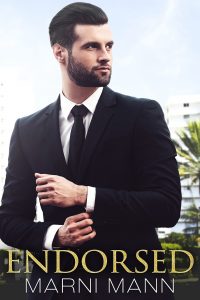 Endorsed by Marni Mann
Published by Self on 04/03/2018
Genres: Contemporary Romance
Buy on Amazon US | Buy on Amazon UK
Goodreads

My client’s younger sister is off-f***ing-limits.

Getting my first big client signed to the NFL was the second best moment of my life. Escorting his sister back to her hotel was the first. Imagining what she would feel like, look like, taste like—none of it was as good as the real thing.

If her brother found out, it would destroy my career, so I ended things between us.

Eight years later, the girl who got away still owns me.

First, I’ll make her forgive me, and then I’m going to make her mine.

He’s owned my body for far too long.

It’s been years since he touched me, and my skin still remembers every brush, stroke, and thrust. I want to forget how good it felt. Almost as much as I want to do it again.

We can’t finish what we started until I make my confession.

I have a secret—one that wasn’t mine to keep.

Before he can love me, he’ll have to find some way to forgive me.

In Endorsed, Marni Mann takes us back to the world around The Agency. This is a standalone and can be read as such, but we first met Jack Hunt in Signed. This is a forbidden story about the younger sister he should stay away from, but can he?

Eight years ago, Jack and his friends were starting The Agency and were just starting to secure high profile clients. For Jack, it was Shawn Cole who was drafted to the Tennessee Titans. During the draft, he was attracted to and acted on it with Shawn’s younger sister, Samantha. But once ready to head back to LA, he realizes there is no future with her.

Samantha Cole was nineteen when she first met Jack, her brother’s agent. She was attracted to him and could not deny it. She had hoped for some kind of future with him, but he made it very clear there was no future when she attempted to reach out to him. So, she decided to never have anything to do with him ever again.

Because of how they left things, Samantha avoided so many of her brother’s games and events. Though this was hard on her, because of a secret she kept, she needed to keep distance from him. But now eight years later they are face-to-face again. Can they deny what is still there between them?

I have to say I really enjoyed Jack and Sam’s story. Though I did not like how Jack cut Samantha off originally, you could see why he did what he did, but when we see him eight years later, he was sweet, charming and caring. He wanted to see where this could go now. However, Sam wanted to keep Jack at a distance since she did not know if she could trust him again. In some ways she was so smart, strong and determined, but in others she was afraid. How would Jack react once the truth came out?

Endorsed was a quick and easy reed that was a bit angsty and a whole lot of sexy. I really liked the characters, seeing old friends and the story.

When my hand wasn’t on the gearshift, it was on her thigh. Her skin was hot. Tight. But it didn’t give me the heat I was after, so I went to search for it, dragging my fingers higher on her leg. My thumb then dipped below the hem of her dress, tracing a small pattern over her flesh.

“Samantha, I need you to do something for me.”

She took a breath that ended with the softest moan. “Okay.”

“I need you to shift when I tell you to.”

“Because I need one hand on the steering wheel while the other is inside your cunt.”

She quickly reached across my arm, grabbing the gearstick and moving it like I’d asked her to.

My fingers climbed several inches higher, feeling the space widen as she spread her legs apart. “Now, go to second.” As I rose to the outside of her pussy, I expected to feel her panties.

Just a bare pussy and a clit that needed me to rub it.

We were coming to a stop at the red light. Before the car completely slowed, my pointer finger traced around her entrance to wet the tip, and I slid right in.

And she was about to get a hell of a lot more.

Best-selling Author Marni Mann knew she was going to be a writer since middle school. While other girls her age were daydreaming about teenage pop stars, Mann was fantasizing about penning her first novel. She crafts sexy, titillating stories that weave together her love of darkness, mystery, passion, and human emotion. A New Englander at heart, she now lives in Sarasota, Florida with her husband and their two dogs who subsequently have been characters in her books. When she’s not nose deep in her laptop working on her next novel, she’s scouring for chocolate, sipping wine, traveling to new locations, and devouring fabulous books. 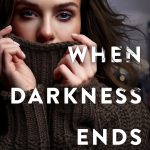 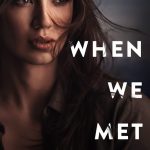 When We Met by Marni Mann Release & Review 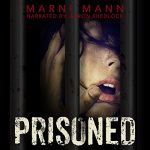 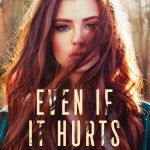 Even if it Hurts by Marni Mann Blog Tour & Review 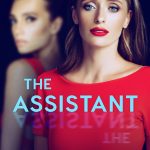 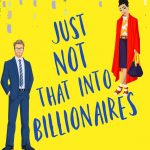