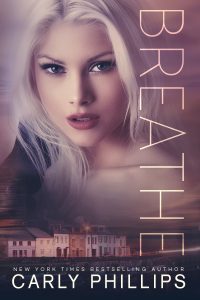 Fall in love with the Wards…

From troubled teen to successful general contractor, Jake Nichols turned his life around from his time in foster care. Divorced and single, he juggles his time between his daughter and his work. Next on his agenda, a new project that is his chance to prove his worth at the job he loves. Except he never anticipates that the only girl he's ever loved and lost as a teen is now a grown and beautiful woman in charge of the project.

Phoebe Ward has survived and conquered a painful past that includes foster care and becoming a teenaged mom. She wants nothing more than to focus on the present but it’s hard when she looks into the eyes of her son, knowing she’s tried and failed to find his father. She’s resigned herself to raising him alone with the help of her family… Until a client meeting brings her face to face with her first love. A boy… now a sexy man she thought she’d never see again … and the father of her child.

So many years have gone by and both of their lives have changed drastically. Will they be able to put the past behind them and find the second chance they both deserve?

Second chance romances are definitely my thing and the story of Jake Nichols and Phoebe Ward in Breathe by Carly Phillips was perfect!

Jake and Phoebe have a past, one where they were both in the foster system and fell in love. However, unfortunate circumstances happened to both of them and they haven’t seen each other in years. Jake, who went to prison, turned his life around and married and had a child. Now divorced and the dad of a six year old little girl, Jake never thought his past would come back.

With a son he knew nothing about.

Phoebe never thought she’d see Jake again, let alone have to explain the son he never knew. Seeing Jake has brought back the feelings Phoebe had for him so long ago yet she just cannot get over her fears and is trying not to get attached, especially with an ex-wife who just isn’t ready to fully let go of her husband.

I really enjoyed this story. The chemistry between Phoebe and Jake just jumped off the pages and I was sucked right into their story, along with the drama of the ex wife. I love how Jake was committed 100% to Phoebe but how she had to have a moment when she realized what their story was truly meant to be. Breathe was a wonderful second chance story!

“Are you my guardian?” she quipped, trying to keep things light as she tipped her head slightly, studying his tight, serious expression.

“I want to be.” His voice was serious as hell. His tone rubbed her in the most intimate way, her body swaying toward him.

“If I had my way, nobody would be able to take advantage of you, because they’d have to go through me in order to get to you.” Her face warmed at his words.

“I’m not feeling very sweet. In fact, I’m feeling pretty damned protective.” He was, and she liked it. A lot. His fingers skimmed her cheek as he spoke.

“I was lucky enough to find you again. I want a chance to see what could be between us,” he said, taking her off guard. But God, she wanted that, too.

Despite her brain telling her they needed to tread carefully, that they had a little boy to protect, her traitorous heart still wanted more. His blue gaze bored into hers, causing her heart to pound hard in her chest.

“I know things are complicated right now, but how many people get second chances?”

“Not many,” she agreed, knowing how lucky they were.

“So wouldn’t we be foolish to waste the opportunity?”

Buy Breathe Today!
Amazon US I Amazon Universal I iBooks I Nook I Kobo I Google Play
Add to GoodReads

Carly Phillips is the N.Y. Times and USA Today Bestselling Author of over 50 sexy contemporary romance novels, including the Indie published, Dare to Love Series. She is happily married to her college sweetheart, the mother of two nearly adult daughters and three crazy dogs. Carly loves social media and is always around to interact with her readers.