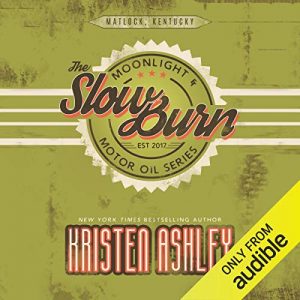 In other words, she was going to be just right.

And when Toby returns to his hometown of Matlock, Kentucky and claps eyes on Adeline Forrester, he knows she’s the one.

The problem is, his brother Johnny has a new girlfriend. And Addie is her sister. Last, Toby would do nothing to hurt Johnny’s chance at happiness.

But he’s fallen hard, and he knows the best thing for him—and Addie—is for him to leave.

Addie Forrester is thrilled her sister Eliza found a good, solid man. Johnny Gamble is the salt of the earth. The best guy in the world.

The best except for his brother, Toby.

Toby doesn’t know it, but Addie’s fallen hard too. He’s perfect, except for the fact that he’s hands off and it’s torture, being friends with Toby when she wants so much more.

Addie also has a lot on her mind. She’s got bills to pay, her young son needs food, Christmas is coming and her job at the grocery store just isn’t cutting it.

Because just like Eliza and Johnny, Addie and Toby were made for each other.

I had the opportunity to listen to the audiobook of The Slow Burn by Kristen Ashley and enjoyed listening to Tobias and Adeline’s story. Though this is the second book in the series, it was the first I read and was able to enjoy it and not feel lost, though I plan on listening to the first book soon.

Tobias has always known the kind of woman he wanted to make his own. The woman who gave him birth left his father, brother and himself behind, but good riddance. He wants a woman like the woman who stood by him and loved him his entire life. He was strong, cocky, and determined. He traveled the world and dreamed big. But when he finds himself back home and meets Addie, all bets are off, even if she is the sister to his brother’s fiancé.

Addie has not had an easy life. Her father left them when they were young and her mother, sister and herself struggled but moved forward. Now she is out of a relationship and raising her son. She is determined to make it on her own. But when she meets Tobias, can she give him a chance? We see Toby and Addie work on their relationship, struggle, and find their way. The Slow Burn by Kristen Ashley was an emotional and heartwarming story about love, family, friends and hope.