Yesterday’s Tomorrows by M.E. Montgomery has a brand new cover and it’s GORGEOUS!

“We fell in love with her characters and her storytelling in this beautiful story about embracing life, self-discovery, seizing second chances and not letting your mistakes and guilt define you.” – Totally Booked Blog 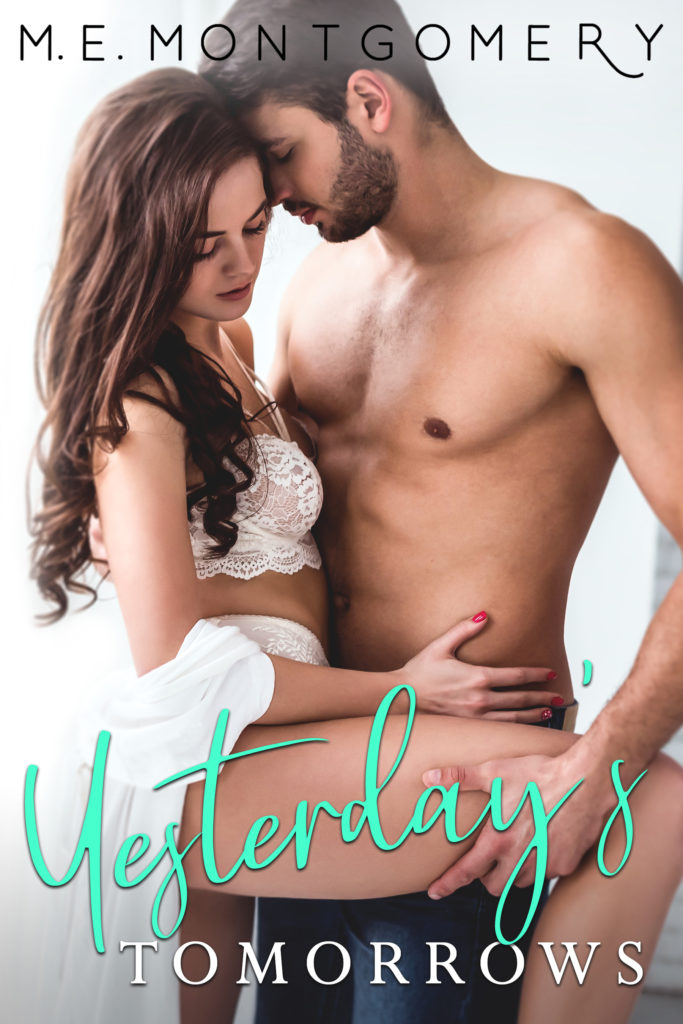 If growing up in her home wasn’t enough to shatter Madelyn Stone’s illusions of happily ever after, then serving several years behind bars certainly was. Her crime? Believing in family and growing up on the wrong side of the tracks. She’s learned the hard way that there is no such thing as a prince who’ll ride in and save the day, and she pledges never to trust anyone again. Never.

Between a career in the Marines and plans to marry his childhood sweetheart, Holten Andrews had his future all mapped out…until life took an unexpected, heart-ripping turn. Now he’s moved on with a new career in law, as well as vowing to confine women to one of three categories: family, professional, and f*ckable. No blurring the lines. Ever.

Love is the last thing on Maddy’s mind as she attempts to forge a new path out of the wreckage of her life. Holt’s sense of loyalty is rocked when he’s blindsided by feelings for a woman he would normally condemn. When revelations from Maddy’s past threaten her safety, Maddy has to put her faith in Holt, while Holt fights not to lose the one woman who’s blurred all of his lines. Every choice they make will figure into whether or not they can make yesterday’s dreams still come true tomorrow.

About the Author:
M.E. Montgomery has been an avid reader her entire life, and after falling in love with so many characters created by other authors, a new one began to form in her head. With the support of her family, she decided to to write it.

She is the homework queen to her four school aged children who think she is a genius in math, science, history and spelling. Fortunately, her biology and elementary school teaching background help her to keep up the expert façade, at least for now.

Although born and raised in the Washington DC metro area, she has considered many places to be called home since she left to attend college in North Carolina. She is a proud Navy wife, setting up a home wherever the Navy sends her husband. When she’s not reading or writing, she loves to go camping with her family, drink wine on the deck, and be swept off to romantic getaways.