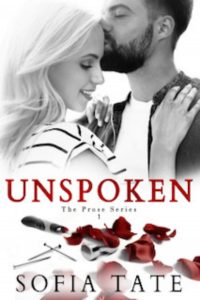 You can run from your feelings, but you can never hide.
Unspoken by Sofia Tate is LIVE NOW!

Unspoken by Sofia Tate was a wonderful surprise by this new-to-me author. Aiden works hard and is a good man, but he also knows he is not good enough for Bea Parker, his best-friend’s little sister. Sebastian and his sister, Bea, come from privilege and wealth. How could he ever compete with that, even if he does have a great relationship with Sebastian?

Once Bea became known as “The Park Avenue Princess” and constantly featured in the gossip columns, she never knew if a man wanted her for her or where she came from. She decides to secretly join an online dating site and explore more without prying eyes.

Aiden would never betray his best friend, but Aiden has always wanted Bea. When he discovers her secret, he decides he is the man to fulfill all her desires, in secret. She has no idea the man she is talking to is Aiden. And so the fun begins. Each is able to be honest in their desires and wants and it was so sexy and steamy!

In real life, Bea and Aiden love to go back and forth with their banter and snippy comments while hiding how they truly feel about each other. I loved both characters so much. Aiden was smart, strong and sexy and though he put himself through college, never quite felt he could truly fit in. Bea is beautiful, rich and confident, but there is also another side to her just wanting to be herself. It was great seeing the two sides of these characters as the story continued.

Unspoken by Sofia Tate was truly a fun and sexy read to get lost in. Bea and Aiden were great together and it was so much fun watching them come together. This is the first book in a series, but this has a happy ending and will leave you wanting more! 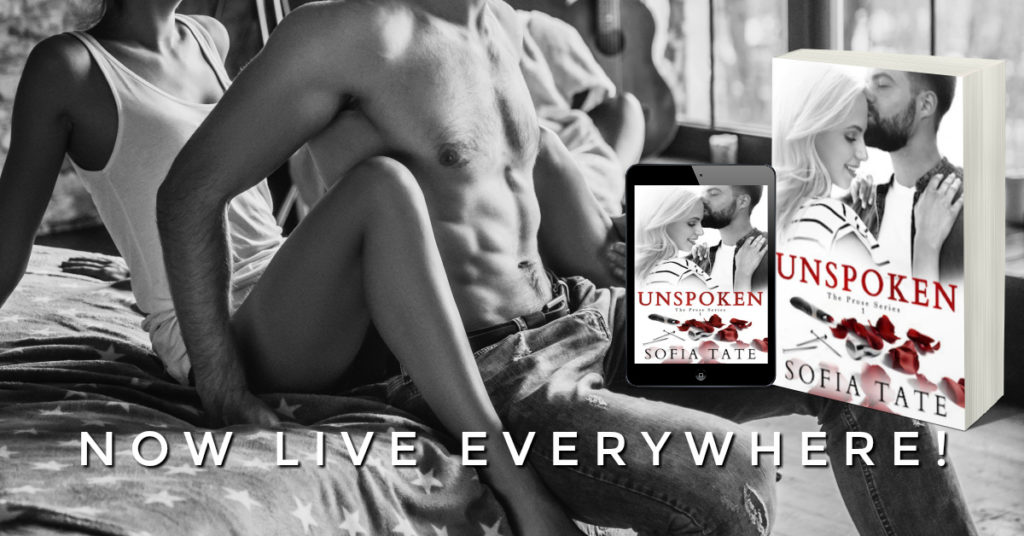 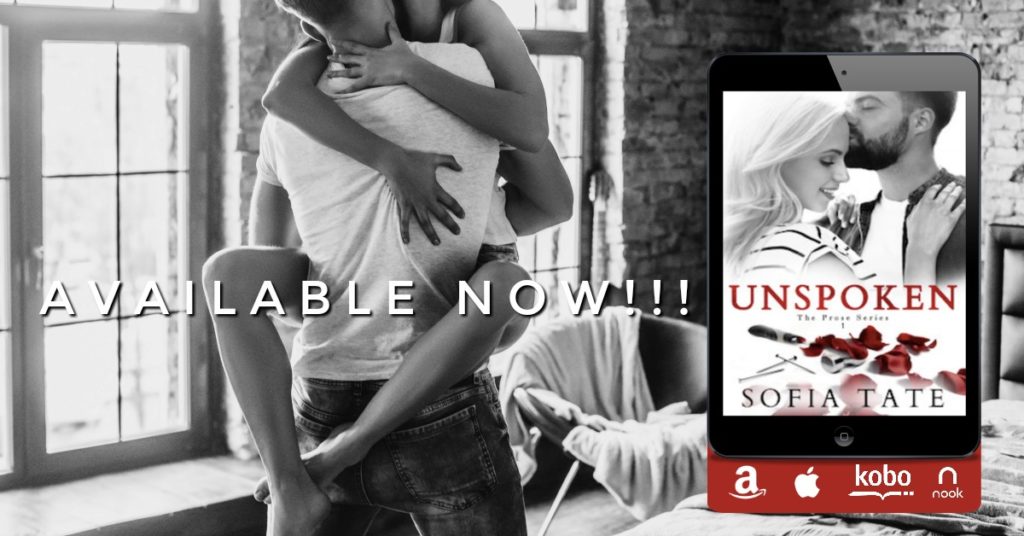 Once a month, she watches “North and South” with Richard Armitage because she loves hearing him say, “Look back. Look back at me.” She is also slightly obsessed with European royals and reruns of “Battle of the Network Stars” every Monday night on ESPN Classic