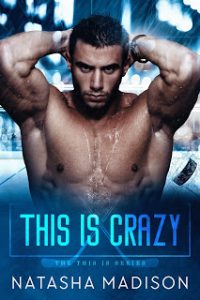 This Is Crazy by Natasha Madison
Series: This Is
Published by Self on 06/04/19
Genres: Sport Romance
Buy on Amazon US | iBooks | Kobo | B&N
Goodreads

From the best selling series, Something So comes the spin-off This is...

All my life, I’ve said I will never date a hockey player. I know better because I’ve seen and lived it all. My father is a hockey god, my brother is the captain of the most successful NHL team in the world, and my brother-in-law also plays in the league. Their lives are complicated, so I went in the opposite direction.
I fell in love with a scholar. But instead of proposing marriage, he broke up with me.
Three months later, I saw his engagement picture on Instagram. I couldn’t let him get away with that. No, it didn’t matter what, I was going to make that man see that I did not need him.

Evan Richards
I was in the running to pass my point record from last year, ready to claim the number one spot in the league. On top of my game, I was riding my career high wave.
Then, Hockey’s Princess, Zara Stone tweeted me. She wanted me to crash her ex’s wedding.
The worst that could happen? A PR nightmare. The best? A fun night with a beautiful woman.
It started out as a game—something I’m good at. Her crazy idea twisted into something I wasn’t looking for, something neither of us wanted.

When push comes to shove, one thing runs through my mind:
This is Crazy. Also, this is crazy right.

This is Crazy is most definitely my favorite Natasha Madison book to date! Zara and Evan were an absolute force to be reconned with. Their chemistry was ON POINT from day one and the slow burn between the two was amazing. I enjoyed every moment of their story, from the ups to the downs and everything in between! I love it when a man just knows what he wants and I’ll tell you Evan was that man! This sweet and sexy story pulled me in from the first page and I’ll honestly be thinking of Zara and Evan for a long time to come!

I absolutely loved reading This Is Crazy by Natasha Madison, the first book in her new This Is series and it was a great start!. Zara Stone grew up surrounded by hockey. Her father is a legend and  her brother and brother-in-law are currently professional players.  She wanted something different and thought her non-hockey playing long-time boyfriend was getting ready to possibly propose. Instead he breaks up with her and a short three months later is engaged, to someone else!

What is a girl to do? Tweet her ex’s favorite hockey player, who plays for a different team, in a different state, and ask him to be her date to crash her ex’s wedding of course. What can go wrong? Instead Zara finds a man who rocks her world. I loved Zara, she was strong, independent and beautiful. Evan never expected Zara but once they meet their connection and chemistry is undeniable. I fell for Evan hard. He was charming, sexy, determined and one hot possessive alpha. I loved everything about him!

I truly enjoyed reading This Is Crazy by Natasha Madison. The story was charming, fun, steamy and had some great characters. I loved Zara’s family. They were crazy, nosy and the best support for she needed. We all need family and friends like that. This is a must read and I am so excited to see what’s to come in this series. 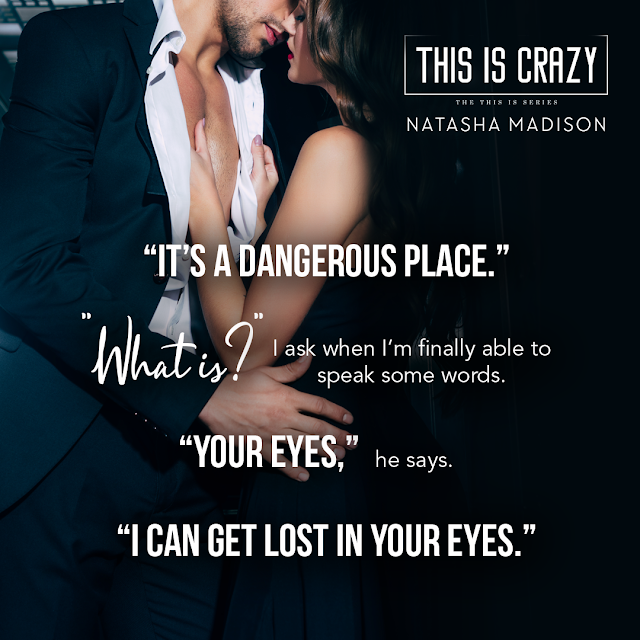 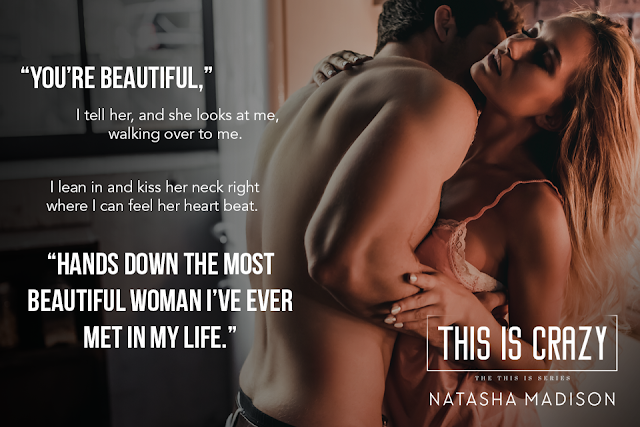 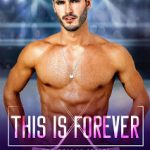 This Is Forever by Natasha Madison Release & Dual Review 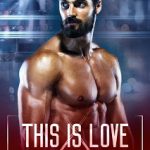 This Is Love by Natasha Madison Release & Dual Review 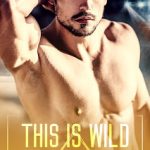