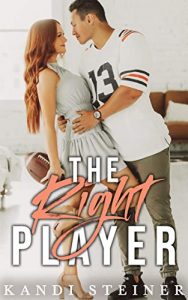 The Right Player by Kandi Steiner
Published by Self on 9/24/20
Genres: Contemporary Romance
Buy on Amazon US
Goodreads

I have a three date rule — but it’s not what you think.

See, I’ve been told I’m the “good time girl,” not the one you take home to Mom. And

while that label stung at first, I’ve since embraced it — living the wild and

free life and sticking to a three date max. That’s just enough time to have

some fun and snuff out the possibility of catching feelings. And it’s been

working for me for years…

Sadly, he also has a three date rule — and it’s the exact

opposite of mine. From the second I meet him, all I can think about is

stripping down that six-foot-five Herculean hunk of a man. But like the

gentleman I wish he wasn’t, he’s making me wait.

The more time we spend together, the more I feel those pesky emotions creeping in.

I’m even tempted to trust him, but blame it on my past or my instincts, I can’t

shake the feeling that he’s hiding something…

I’ve been playing the game forever, and no man has ever won my heart — which meant

they never had the power to break it.

But maybe I just hadn’t met the right player.

Maybe I’ll wish I never did.

The Right Player by Kandi Steiner was a fun and sweet read. Belle has one rule. A three date rule that is. She only dates a man three times, has her fun and moves on. No feelings for her. And then Makoa Kumaka enters her life with his own three date rule and it is nothing like hers. He is making her wait and something about him pulls at her. I love watching them together and getting to know each other. Belle was strong and confident, even if her past made her doubt herself in certain aspects. Makoa was determined, charming and just plain swoony! It was just the perfect fun, light and charming read I needed! I loved it and highly recommend it.

I burst through Gemma’s door at seven on the dot the next morning.

“We have a problem.”

Zach and Gemma were both in the kitchen, their hair a mess, sleep still in their eyes, Gemma mid-yawn while Zach hadn’t even poured the coffee grounds into the filter yet. He cocked a brow at Gemma, who managed a smile before leaning her hip against the kitchen counter and addressing me. “Well, good morning, Belle. Happy Saturday to you, too.”

“I know we agreed I couldn’t come over before ten on the weekends but this is an emergency,” I said, nudging Zach out of the way and taking over where he was in the coffee-making process. I’d barely slept, and if I didn’t get some caffeine in the next ten minutes, I’d become a monster. “Shoo.”

Zach chuckled, throwing his hands up and backing out of the kitchen.

“What’s the emergency?” Gemma asked, wrapping her arms around Zach’s waist when he joined her.

“He didn’t want to have sex with me.”

Their silence was my only answer, and I huffed, slamming the top of the coffee pot closed as I thrust the carafe under the faucet and turned it on.

“HE DIDN’T WANT TO HAVE SEX WITH ME,” I repeated.

“No, like, he had a thick, raging hard on threatening to break loose from his jeans but didn’t do anything about it.” I turned the faucet off with more aggression than necessary, slamming the carafe into place and flicking on the power switch. I crossed my arms and faced them when it started brewing. “He kissed me on the freaking cheek guys.”

Gemma chuckled, and Zach looked at her before he turned his confused expression on me. “That’s not an emergency. That’s not even a problem at all. That’s him being a gentleman.”

Gemma and I exchanged looks this time. “Please tell me you’re not on his side here.”

“I mean…” Gemma bit her lip, looking at her fiancé with a shrug. “That is kind of weird, nowadays anyway.”

Gemma threw her hands up. “I mean, even we hooked up on our first date. Remember?”

Zach didn’t respond to that.

“Thank you,” I said, gesturing to Gemma before I let my hand fall to slap my thigh. “I mean, there we are, post-dinner and all talked out, and I’m running my hands all over his freaking tattoos. I start unbuttoning his shirt and he stops me.” I pause for dramatic effect. “The man stopped me from stripping him.”

“I don’t think that’s it. I mean, you saw him in the office. The man is confidence embodied.”

“True,” she agreed. “Oh, what if he’s into really freaky stuff? You know. Whips and chains, nipple clamps, all that. And he wants to ease you into it.”

I considered it, and I wasn’t mad at that possibility. “A Christian Gray, perhaps?”

“Could be! Did he have a room locked off that he wouldn’t let you go in?”

My shoulders sagged at that. “No, I saw his whole place. And the man brought everything he owns from California in maybe two-dozen boxes. I think he hired me because he lived like a college bachelor before now.” I shook my head. “I don’t think it’s because he’s so kinky he thinks he’ll scare me.”

“Maybe he just wants to get to know you before he has sex with you,” Zach said, deadpan, as if he couldn’t believe he even had to say that out loud.

I scoffed, crossing my arms again. “We talked all night. He knew me plenty well enough to bend me over his kitchen counter.” Then, all the blood drained from my face. “Oh my God, what if he has a micropenis?”

Gemma’s eyes shot open, and she covered her mouth. “No! You don’t honestly think?”

I shook my head, slumping against the counter once more. “Nah. I saw his bulge. No way was that a sock.”

We stood in silence for a bit, thinking.

“Maybe he has a weird shaped dick. Or a mole or something,” Gemma said.

“He wouldn’t let me take off his shirt. Maybe it’s a third nipple,” I guessed.

Gemma lit up like I’d told her her hair looked pretty. “Oh, that wouldn’t be so bad!”

I blinked a few times before I turned to look at Zach, confused. “Three date rule?”

“Yeah. You know… he doesn’t want to have sex until the third date. It’s like the classic dating handbook rule number one.”

I looked at Gemma, who tilted her head to the side as she considered it. “That does make sense.”

“So, you’re saying I’m not going to get any until he takes me out on two more dates?” I groaned, pulling three coffee cups from the cabinet and topping them all off. I handed one to each of them before wrapping my hands around mine. “Who on Earth still does that?”

“Nice guys. Good guys. Guys who are interested in more than just getting in your pants.” Zach shook his head. “Belle, come on. This is a good thing.”

“Tell that to my throbbing clitoris, Zach.”

Gemma nearly spit out her coffee, and Zach chuckled, throwing up his free hand in surrender. “And on that note, I’m going to watch Sports Center.” He kissed Gemma’s cheek before turning to me. “Good luck with your emergency.”

I wiggled my fingers in a goodbye to him, and Gemma and I shared a knowing smile once he was gone. 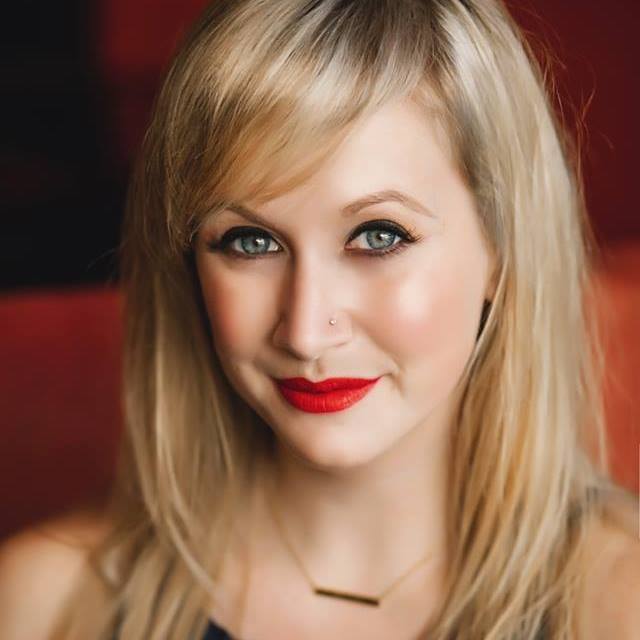 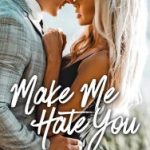 Make Me Hate You by Kandi Steiner Release & Review 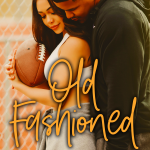