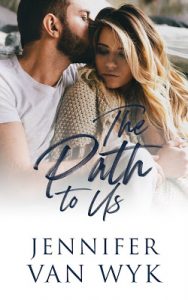 The Path to Us by Jennifer Van Wyk
Published by Self on 7/23/20
Genres: Contemporary Romance
Buy on Amazon US
Goodreads

Our story started the day I saved her from a playground bully when we were only four years old.
She thought I was her hero, but I was just Beau Aikin, small town boy.
Eventually we became more than classmates. We were best friends.

When tragedy strikes, I don’t think twice about stepping in to help.
To once again be Addy’s hero.
Not just hers, her five-year-old daughter’s, too.

Only now, I want her. More than anything.
Friendship isn’t enough anymore.
But she's off limits for so many reasons.

It all haunts me and it feels like everything is against us.
But I’ll do anything to make her mine.
This is our story of the path to us. 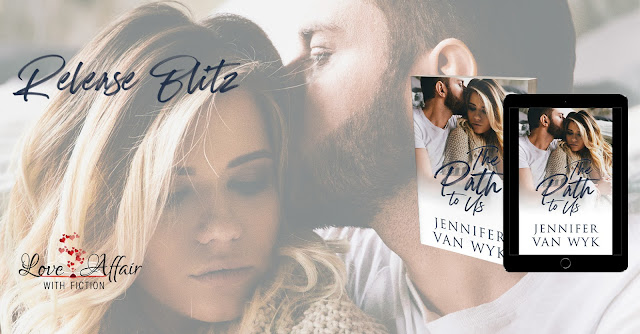 sweet and all things JVW

The Path to Us by Jennifer Van Wyk is the story of best friends Beau and Addy and their long road to love. They met on the playground as children when Beau saved Addy from a bully and have been inseparable since then. For Addy, that friendship turned to love early on. Beau was all she saw. For Beau, he loved Addy, but did not really see what she meant to him at first. Was it too late now?

When tragedy strikes the family, Addy and Beau turn to each other, but can they finally admit what they mean to each other? She was caring and sweet and Beau was protective and all heart. There is a lot of history between them, choices that separated them and scared to be honest with each other. But as they spend more time together, it gets harder to hide what they feel. The Path to Us by Jennifer Van Wyk is a story about love, choices and second chances.

Read for FREE with KindleUnlimitedAmazon US | Amazon Worldwide

Zoey gets tired of the hug-fest long before I do and not so subtly demands to be set down and runs to play with Macaroni. Before Addy can leave me also, I hug her alone, loving the feel of her softness in my arms. “I got something I want to talk to you about after Squirt goes to sleep.”
She looks up at me, chin resting on my chest. “Good stuff or bad stuff?”
“Good.”
“Well, I have something I want to talk to you about, too, so it works out.”
“Good stuff or bad stuff?” I ask, repeating her question.
“Good. I think.”
There’s heat in her eyes and with the way she’s touching my arms, as if she can’t not touch me, and hope flares in my chest that maybe she’s on the same path as I am.
“Addy…” I lean my head down so our foreheads are resting against one another and breathe her in. She always smells so good. A mixture of the flowers she’s been arranging all day and her own unique sweetness. I bet she’s sweet everywhere. My mouth waters just thinking about it. She shudders under my touch, almost like she knows what I’m thinking. “Damn, I hope your good stuff is the same as mine.”
She nods her head against me and I give her waist a squeeze. She stumbles just enough that it gets her closer to me. Closer isn’t enough. The need to become one with her is almost more than I can bear. Addy’s everything I ever wanted and for the first time in my life, I feel like she’s within reach. Like maybe it’s finally our time.
One hand travels slowly up my arm and over my shoulder until it settles against my neck. Her thumb slides over my chin, barely grazing the edge of my mouth. Her eyes watch her own movement until slowly they rise, connecting with me.
“Beau.” I breathe in my name from her lips and it fills me with so much need and want. It’s caveman-like. I understand why stories are told of them throwing their women over their shoulders and tossing them into a cave so they can have their wicked way with them.
Macaroni barks and scratches at the door, breaking the moment. We jump apart like we were just caught doing something wrong but I can’t allow the thought to settle in. Nothing about being with Addy is wrong and I finally get that.
I just hope she does, too. 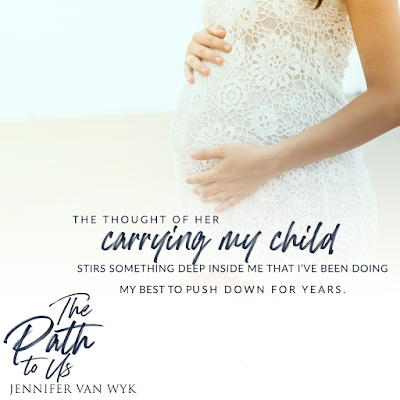 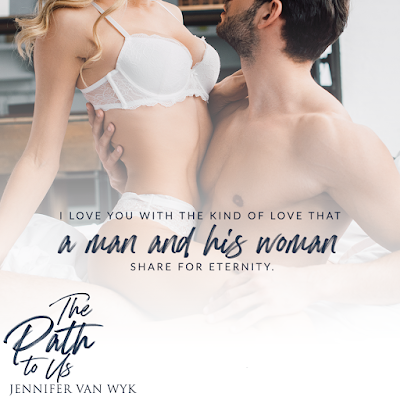 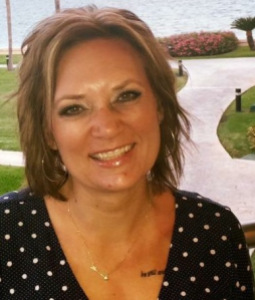 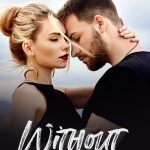 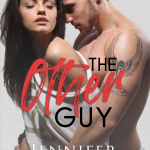 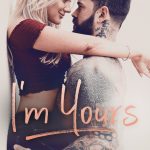