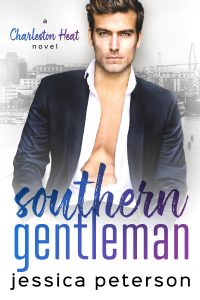 Southern Gentleman by Jessica Peterson
Series: Charleston Heat
Published by Self on 07/25/19
Genres: Contemporary Romance
Buy on Amazon US
Goodreads

One, he’s an egomaniac.

And two, we’re going to get naked.

Something I didn’t know? That I’d end up pregnant.

No one is more surprised by our off-the-charts chemistry than me. I’m a free spirit with a passion for design and a taste for the bohemian. Greyson is a cocky venture capitalist who’s as pretentious as his sharply cut power suits.

He owns half of Charleston, and has the other half at his beck and call. But the only place he owns me is in bed...or in the backseat of his car, boneless and begging for mercy.

We argue over contracts and costs all day long. Behind closed doors, however, we engage in a different kind of business. The kind that has me surrendering to his unique brand of dominance.

Our no-strings attached arrangement suits me just fine. Until I wake up one morning with what I think is a wicked hangover.

Only it’s not a hangover.

I thought Greyson was a typical “greed is good” grump. But when he demands to be involved in the life we accidentally created, I start to see a different side of him. One that’s more gentleman than jerk.

Am I crazy to think we could be a family together? Or is making me fall for him just another one of his power plays?

Southern Gentleman by Jessica Peterson is an opposites attract romance with all kinds of feels. Greyson and Julia do not necessarily hit it off when they first meet, but the attraction and chemistry between them is undeniable. And though they can’t seem to keep their hands off each other, they knew it would go nowhere, until an unexpected surprise changes everything.

Though Greyson came off as rude and arrogant at first, he was hiding so much of himself except to those very close to him. Punishing himself for something in his past, he never thought he would be happy again. Julia is a free spirit, feisty and independent. On paper they do not seem to work, but when they begin to truly spend time together and get to know each other, they are both drawn to the other. But can they find a way to balance what they want and believe to need before it is too late?

Southern Gentleman by Jessica Peterson was a sweet and charming opposite attracts romance. Though in the beginning they were like oil and water, they brought so much good out on the other.  I loved the characters, including the secondary ones, and their journey and am excited to see what is next.

Jessica Peterson writes smart, sexy romance set in her favorite cities around the world. She grew up on a steady diet of Mr. Darcy, Jamie Frasier, and Edward Cullen, and it wasn’t long before she started creating irresistible heroes of her own. She loves strong coffee, stronger heroines, and heroes with hot accents.

She lives in Charlotte, North Carolina, with her husband Ben and her smelly Goldendoodle Martha Bean. 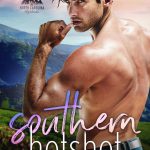 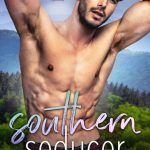 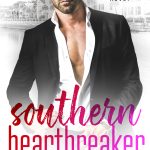 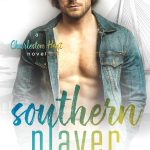