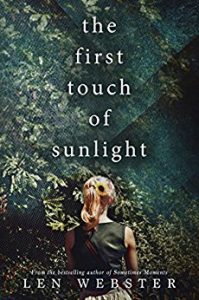 The First Touch of Sunlight by Len Webster
Published by Self on 12/13/2016
Genres: Contemporary Romance
Buy on Amazon US | Buy on Amazon UK | Audible | Kobo | Google Play
Goodreads

My Josh. His Beth. Someone else’s Meredith.

Destined to fall apart before their lips have even touched, Samuel Michaels and Meredith Driessen have seven years of almosts between them.

His only saviour …
Meredith.

She saved his life, exposing him to what it could be like to be with her. But that wasn’t Life’s plan. Because deep down, his secrets will destroy their lives and separate them. His secrets will break both their hearts until the day he finds her standing on the edge of the train platform, completely lost.

He did this to her.

And Sam knows that if he doesn’t go to her, he’ll lose her forever.

Will seven years be enough to mend their scars? Or will the secrets they both keep deny them once more?

One thing is certain …

You may never know tomorrow’s sunlight if you’re drowning in yesterday’s storm.

Step out of the shadows and into the sunlight!Originally released in December, 2016, The First Touch of Sunlight by Len Webster is now ON SALE for the very first time!

Len Webster is a relatively new to me author. I discovered her earlier this year and The First Touch of Sunlight (love the titles to her books, seriously!) was my second read by her and I am hooked. I am finding her stories to be emotional, full of angst and heartbreaking, all of which are my kryptonite! This is a story that will pull you in, play with your emotions, and will hold you until the very end.

When Sam and Meredith first see each other in high school, they feel a strong connection. They know in their hearts they are meant to be together, but as it sometimes happens, life gets in the way. As you read their story, their journey is sad and heartbreaking as we see their past and present come together.

There is so much I want to say, but I do not want to ruin the experience of reading this story. I loved Sam and Meredith, even if I got frustrated with them at times. They were definitely two lost and broken people trying to find their way. This is a slow burn romance, but one what will pull you in.

I have to say, I am quickly becoming a fan of Len Webster. I love her writing style and how she brings her stories together. I felt so much when I was reading The First Touch of Sunlight and am looking forward to reading more from this author!

“Meredith,” he breathed after he broke their kiss.

Sam slowly opened his eyes to see hers still closed, as if she were memorising every second of it. He took this opportunity to stare at her beauty. The way her lips curved into a blissful smile. The way the rain had soaked the baby hair on her hairline. The way her eyelids fluttered as drops of rain landed on her lashes. Everything about her was beautiful. Everything about her was sweet.

And everything about Meredith Driessen was meant to be for someone else.

“Yes?” she asked in a soft voice as her fingers squeezed his arm.

“Can I take you home yet?” The gentle nod she made was one he loved. “Thank you,”
he whispered then placed a chaste kiss on her lips. Sam held her hand and led her towards his Jeep.

The booming in his chest was proof that only Meredith made him feel such things. Not even Beth had. It only made Sam wince. He had treated Meredith poorly. But he had his
reasons. It was because of this. The Meredith Effect. Now that he had it, he was scared to be without her lips or the sight of her.

Meredith raised her umbrella higher, to protect her from the rain. “You can’t just kiss me like that and then expect me to forget that I’m dispensable to you. You ignored me for two weeks, Sam.”

He tugged on her hand and brought her to his chest. The thump of their bodies colliding was welcomed and savoured. And once Meredith’s free hand was firmly on his chest, he wrapped his arms protectively around her back. He peeked down at her questioning blue eyes. “I know. I’m really sorry. My life isn’t what I had expected it to be like. I … I
never thought you’d even look my way, Meredith. I’ve wanted to be yours since I was
thirteen,” he revealed.

Her brows met as she pursed her lips at him. “Then what took you so long?”

“I’ll never be good enough for you. Not then and certainly not now.” The realisation
caused a tight squeeze of his heart.

She gave him a sincere smile before she let the umbrella cover them both. “Don’t—”

His lips found her forehead, stopping her from continuing, terrified of what would roll off her tongue. “I want to make sure you love someone worth your time, Meredith.”

“Sam,” she breathed. “You’re worth all the time in the world. Every second, of every
minute, of every day in a year.”

“Why me?” he asked unbelievably.

“Because I’m no one special.”

Meredith grasped his shirt between her fingers. “That’s why. You have no idea how special you are.”

AND FOR A LIMITED TIME, SUBSCRIBE TO LEN’S NEWSLETTER FOR A FREE BOOK ➤➤➤ http://eepurl.com/bJGWe5

Len Webster is a romance-loving Melburnian with dreams of finding her version of ‘The One.’ But until that moment happens, she writes. Having just graduated with her BBusCom from Monash University, Len is now busy writing her next romance about how a boy met a girl, and how they fell completely and hopelessly in love.

She is also not a certified explorer, but she’s working on it. 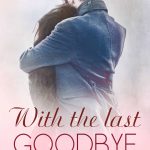 Release Blitz & Review: With The Last Goodbye by Len Webster 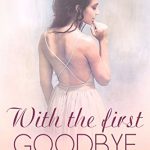 Review: With the First Goodbye by Len Webster