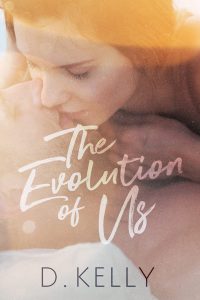 The Evolution of Us by D. Kelly
Published by Self on 10/11/2017
Genres: New Adult & College, Romantic Comedy
Buy on Amazon US | Buy on Amazon UK | Audible | Google Play
Goodreads

They say most people meet the person they will marry while in high school. Balancing one another perfectly, Holly Ryan and Declan James were together through most of college—until their relationship blew up, leaving Declan with more questions than answers.

For the past two years, Declan has tried everything he can think of to earn Holly’s forgiveness, but even if he manages to help her let go of the past and give them another chance at happiness, she still has a secret. Not to mention, she can’t get over the revolving door of women he seems to have coming in and out of his apartment.

Declan is desperate to prove to Holly she’s the one for him and isn’t above using his celebrity status or enlisting the help of their friends to win her back.

D. Kelly is quickly becoming a must-read author for me. The Illusion series is one of my top favorite of all time. In The Evolution of Us we get a second chance romance that is funny, sexy, heartwarming and heartbreaking.

Declan and Holly have been friends since they were fourteen. They went from friends to first love and were together through most of college. Then a misunderstanding causes them to break up.

Apart for two years, Declan has been doing all he can to get Holly back. He wants to show her she is the one for him. But all Holly sees now are the women that have come in and out of his apartment since their breakup. Declan is an internet celebrity and uses this to declare his love. After some back and forth, Holly agrees to a few dates. Declan wants to win her back, but Holly wants to get him to move out and finally leave her alone.

This story is essentially the evolution of their relationship. Told in both point of views and takes you through the present and the past to show how they ended up where they did.

The Evolution of Us had it all. It was a second chance romance that was emotional, humorous, heartbreaking and hopeful. My favorite kind of stories. Holly and Declan had a lot to work through, but even so they had a lot of chemistry and some great banter between the two.

D. Kelly, author of The Acceptance Series, The Illusion Series, and standalone companion novels Chasing Cassidy and Sharing Rylee, was born and raised in Southern California. She’s a wife, mom, dog lover, taxi, problem fixer, and extreme multi-tasker. She married her high school sweetheart and is her kids’ biggest fan.

Kelly has been writing since she was young and took joy in spinning stories to her childhood friends. Margaritas and sarcasm make her smile, she loves the beach but hates the sand, and she believes Starbucks makes any day better.

A contemporary romance writer, D. Kelly’s stories revolve around friendship and the bond it creates, strengthening the love of the people who share it. 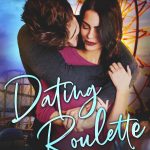 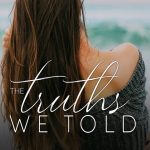