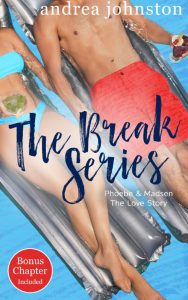 Spring Break brought them together.

Winter Break will tell them if love is really enough.

Phoebe Stromberg never believed she would be charmed by her brother’s best friend, Madsen Secksin. But charm her he did. With a kind heart and sexy as sin smile, he was the one man who made her believe in a forever kind of love.

Madsen Secksin knew Phoebe Stromberg was a force of nature, he never believed she’d be the clam to his storm. With her fiery attitude, self-imposed boundaries, and refusal to label their relationship, he hoped distance would strengthen their bond.

Join Phoebe and Madsen as they spend their Spring, Summer, and Winter Breaks determining how much more they can be and how good life is when you find the one to complete your heart.

NOTE: This is a 3 part short story series released over 2017 but now combined into a single Ebook and paperback with a bonus chapter.

Spring Break is the story of Phoebe and Madsen, who aren’t exactly friends.  Madsen is Phoebe’s twin brothers best friend and to say they don’t get along is an understatement.  Phoebe thinks Madsen is a manwhore and Madsen is constantly throwing innuendos her way.  Which annoys her to know end since she is actually smitten with him.

After a hot spring break hookup, Phoebe refuses to admit to anything more then it being a fling while Madsen wants more.  After a summer spent together in California, life calls Madsen in one direction and Phoebe in another. Will this be the end of their relationship for good?

The last part of the series tells the trials and tribulations of two people, on different paths, in different locations.

Andrea Johnston is a new author to me and I enjoyed the The Break Series. It was fun, sexy, had just the right amount of angst and I really loved the bonus chapter that explained how Phoebe and Madsen were just meant to be. 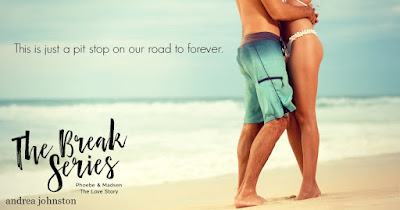 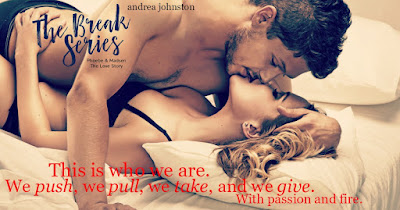 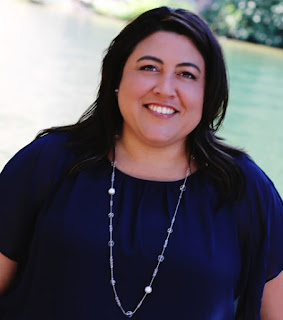 Andrea
Johnston spent her childhood with her nose in a book and a pen to paper. An
avid people watcher, her mind is full of stories that yearn to be told.  A
fan of angsty romance with a happy ending, super sexy erotica and a good
mystery, Andrea can always be found with her Kindle nearby fully charged.

Andrea
lives in Idaho with her family and two dogs.  When she isn’t spending time
with her partner in crime aka her husband, she can be found binge
watching all things Bravo and enjoying a cocktail. Nothing makes her happier
than the laughter of her children, a good book, her feet in the water, and
cocktail in hand all at the same time.
Author Links
WEBSITE
FACEBOOK
GOODREADS
TWITTER
INSTAGRAM 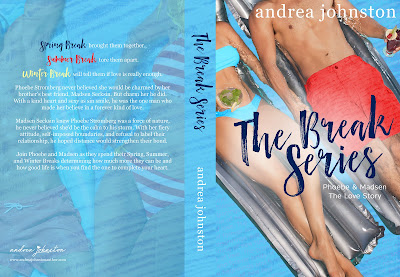