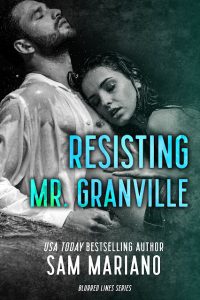 I found love where I wasn’t supposed to find it…

The night I met Mr. Granville, he was slipping out of my mother’s bedroom.
She was passed out drunk and I was on my own, but that was nothing new. It wasn’t even the first time one of her boyfriends looked at me for a little too long—just the first time I felt anything like interest in return.
My mother and I had never been close, but I knew I had to pretend not to notice his hot gaze lingering on me when he was supposed to be there to see her, had to resist the temptation to lap up all the attention he offered me.
Until the one night I didn’t.

After they broke up, I thought I’d never see Milo Granville again.
But my less-than-impressive grade in chemistry had me striking a deal with his brilliant son: he would help me bring up my grade, and I would pretend to be his girlfriend so he could get the attention of the girl he actually liked.
Pretending to date the youngest Granville has me spending a lot of time with the Granville men, and while he loves having me around again, seeing me with his son is not something Mr. Granville enjoys.
He seems determined to remind me of the night that changed everything between us…
As if I could ever forget.
Milo is devilishly handsome and too commanding for his own good, but I have to resist the attraction raging between us.
Too bad Mr. Granville is just as intent on tempting me at every turn.

Resisting Mr. Granville by Sam Mariano is a forbidden and taboo story and is part of the multi-author Blurred Lines series. The reading journey was rocky, angst-filled, and completely unexpected. This story may not be for everyone, it is not dark, but it is very taboo. Kennedy is 18 and just trying to survive her current life and fighting for her future. She has no support. The last man she should be attracted too is her mother’s ex-boyfriend. Milo is older, has two sons closer to Kennedy’s age and knows wanting Kennedy is not right. Will that stop him? No.

I do not want to say too much, but though this is Milo and Kennedy’s story, his sons play a role in their journey as well. Kennedy’s mother, if you can even call her that, is horrible to her daughter. With the Granville’s, Kennedy has found something she never expected. Has she finally found where she belongs? Resisting Mr. Granville by Sam Mariano was an emotional and angsty read from start to finish. 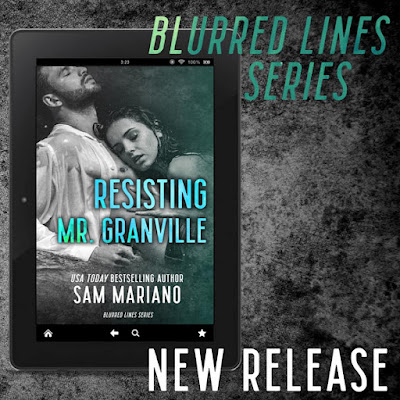 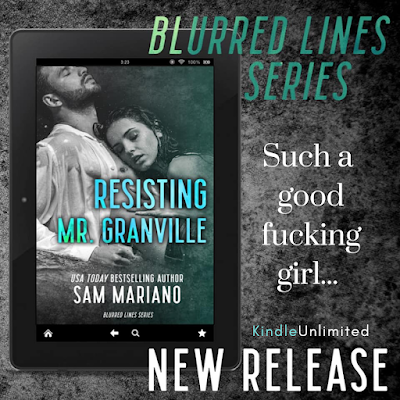 AUTHOR BIO
Sam Mariano writes the books she wants to read. She loves edgy, twisty romantic reads with complicated characters you’re left thinking about long after you turn the last page. Her favorite thing about indie publishing is the ability to play by your own rules! If she isn’t reading one of the thousands of books on her to-read list, writing her next book, or playing with her adorable daughter… actually, that’s about all she has time for these days. Feel free to find her on Facebook or Instagram—she loves hearing from her readers!
AUTHOR LINKS
FACEBOOK GROUP
NEWSLETTER
TWITTER
INSTAGRAM
GOODREADS
BOOKBUB 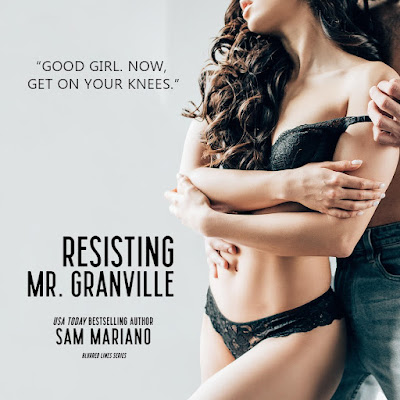