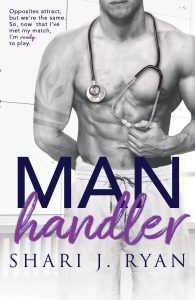 Scarlett
Blytheville, South Carolina—have you heard of it? No? Yeah, neither had I, until today. Want to know why? It’s in the middle of nowhere, and I’ve been given the ultimatum of either living on the street in Boston or accepting a job transfer down to this blank spot on the map where people say things like: “Bless Your Heart,” “Over Yonder,” and “I reckon.” Oh, and they don’t cuss, which makes survival a bit challenging for me with my flavorful vocabulary.

I’ll cut to the chase. On day one of my new Southern lifestyle, I land myself in the hospital and meet Austin, one of the two nurses on staff. I would consider this guy absolutely gorgeous if I were into the whole tanned, smokey-blue eyes, and messy sex-hair look, but I’m … not. Okay, I’m lying. If Austin wasn’t my type before, he definitely is now. However, I was sort of rude to him. While I’m sure my first impression was probably my last, maybe I can turn on a little Southern charm (if I can figure out how to do that) and change his mind.

Austin
This chick is crazy, hot as hell, and more wound up than a taunted wild animal. I might be out of my mind, but I’m intrigued by her short temper and lack of filter.

She thinks I’m just funny and sweet as pie, which I know annoys her, but she hasn’t spent time with me outside of work yet, so she doesn’t know I can dish out more than she can take. Miss Scarlett thinks she’s tough and intimidating because she’s from big, bad Boston, but she’s about to learn how things really go down in the South.

The question is, will Scarlett and Austin ever see to eye-to-eye, or will they give up the fight long enough to see what they’ve been missing?

Man Handler by Shari J. Ryan is a sweet and charming romantic comedy that had me laughing out loud. This is part of her Man Cave series, which are complete standalone books about different couples.

Scarlett is a Boston girl through-and-through. So, when she finds herself moving south for a new job, one she did not necessarily ask for, her journey will have you laughing out loud. I loved Scarlett. She was full of sass, feisty, determined.

Austin is no gentleman. His past was not good one and he had promised himself never to fall in love. But when he meets Scarlett, all bets are off. After meeting Scarlett, you see him rethink a lot of what he wanted. I found him to be sexy, strong and guarded.

Scarlett and Austin had such a great connection and their banter was funny and sexy. Their journey was hilarious and sweet. Two different people that may find just what they were not looking for in each other. I found Man Handler to be a quick and fun read that had me laughing throughout the story. 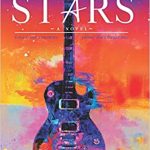 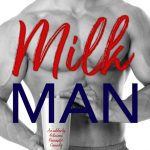 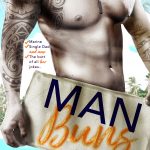 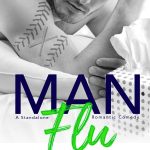