Also in this series: Victor

Abby
I only have one love now—the home furnishings business I’m building into an empire. Maybe money and success can’t love me back, but they keep what’s left of my heart safe. One-night stands are my way of scratching the occasional itch I get for something more. And no one’s better for that than a sexy as sin hockey player I’ll never see again after one very hot night together.

Luca
I used to love two things: hockey and women. But now my nieces and nephew are my top priority, because I’m raising them after tragedy stole their parents. Somehow I balance single parenthood and my career as a forward for the Chicago Blaze. There’s no time for women, until I get knocked on my ass by Abby Daniels. She’s everything I’ve ever wanted, but her devastating past may end us before we even get started.

Today we are celebrating the release of LUCA by Brenda Rothert. This is a contemporary romance, standalone, and it is the second title in the Chicago Blaze hockey romance series. Purchase your copy now!

Luca by Brenda Rothert was emotional, captivating and such a great read. Both of our main characters, Luca and Abby have been through so much. But Luca’s priority right now is raising his nieces and nephew and as a professional hockey player, that is not always easy. Abby just broke my heart. Her past was not an easy one and it was easier for her to put up a façade.

Luca stole my heart. The way he was with the kids was just so endearing. Abby was more reserved and kept a part of her hidden, but the pull to Luca was undeniable. Though their journey was not easy, it was worth it. I loved their chemistry and the interactions with the kids. I am really loving this series!

My niece Emerson gives me her best glare, but she’s five and cute, so it makes me smile.

“I’m trying,” I tell her, checking out the dark purple polish she’s trying to brush onto my nails.

It’s not my inability to hold still that has more nail polish on my skin than my nails; it’s her technique. My “MANicure”, as my two nieces like to call it, started with my ten-year-old niece Cora and was then passed off to Emerson.

“I found yogurt!” Cora says as she breezes into my bathroom. “It’s got strawberries in the bottom, but that’s okay. This face mask will make you smell good, Uncle Luca.”

I try not to roll my eyes. It’ll be better than the last face mask they whipped up in the kitchen, which had butter in it and was a bitch to scrub off in the shower.

“I have to leave for practice in twenty-five minutes,” I remind the girls. “And I still need a shower. So you have ten more minutes to beautify me.”

“Will you paint my nails, too?” Cora asks me.

I was shit at painting nails when I first became the legal guardian of my two nieces and one nephew a little over a year ago. With practice, though, I’ve gotten pretty damn good at it.

“How long ‘til Gram and Gramps will be here?” Emerson asks, still painting my thumb nail even though she’s looking at me.

“About four hours ‘til their flight lands, then maybe an hour for them to get to the house.”

Her toothless grin of excitement makes me ignore the nail polish I can feel on my knuckle.

“Emerson!” Cora yells. “You ruined it! That looks awful.”

Cora picks up the bottle of purple nail polish and Emerson’s happy expression drops away.

“Give it to me,” Cora huffs, holding out her hand for the handle to the polish. “I never should have let you do it.”

Cora’s eyes flood with tears. Emerson edges closer to me, because she knows what happens when Cora gets upset.

“He won’t let us do spa days if you mess it up!” Cora cries, glaring at her younger sister. “You ruined everything!”

“You didn’t ruin anything,” I tell Emerson. “And Cora, I never said we wouldn’t do this again. We can do a big spa day after my road trip, okay?”

Cora wipes her eyes and nods, still crying. It kills me to see her like this. As the oldest, she carries more of the weight from the deaths of her parents than her siblings. We’ve been in counseling for more than a year now, transitioning through the death of their mother, my sister-in-law Danielle, to the kids’ new life with me as their guardian. The clinical terms for what Cora struggles with—anxiety and controlling tendencies—are easier for me to handle than her breakdowns.

The tension leaves the room and Emerson starts my massage, which is pretty much just her karate chopping my shoulders, while Cora slathers strawberry yogurt onto my face.

“Is your shoulder better?” Cora asks me.

“Think my mashage helped?” Emerson asks from behind me.

She can’t pronounce some words, and I kinda hope that’ll last longer, because it gets me every time.

“It definitely helped,” I tell her.

I tweaked my shoulder at practice yesterday, and Cora noticed me wince when I was taking out the trash last night. She worries about every sinus cold and bruise I get. I can’t blame the kid. Her dad, my brother Matt, died serving in Iraq and her mom passed away from cancer a year later.

“Hey, let’s get your nails painted, Cora,” I say after glancing at my watch. “I’ve only got five minutes til I have to hit the shower.” I turn to Emerson. “Can you go get the nail polish remover, peanut?”

“Okay.” She races from the room, brown curls flying behind her. 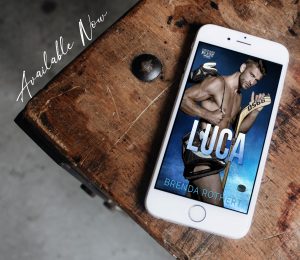 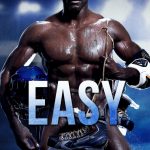 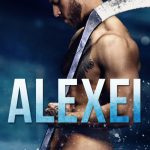 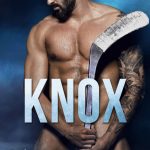 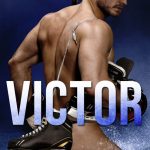