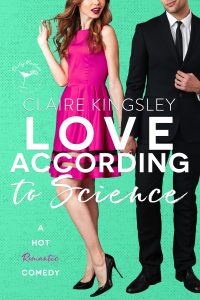 For psychology researcher Hazel Kiegen, science holds all the answers. Her decision to swear off dating? Totally backed by her own calculations. Just don’t ask about her missing orgasms. She hasn’t been able to science her way out of that little conundrum.

But her biggest problem? Corban Nash. He’s frustrating. Infuriating. And deliciously adorable, but that’s neither here nor there. He claims to have cracked the code to falling in love, and Hazel is determined to prove him wrong.

Corban Nash created the theory of accelerated intimacy after numerous successful tests on his friends and family. Every couple who used his questionnaire fell in love, until Corban found himself the last single guy in his social circle, and a groomsman in dozens of weddings.

The only problem is, it’s never worked on him. And science hasn’t explained why.

Despite being the lone aberrant data point, Corban believes in his research, and with his new job, he’ll have the resources to prove it. Verifying his theory right under the nose of his nemesis, Hazel Kiegen? Even better.

There isn’t a theory in existence that will make Hazel fall in love with Corban. Not even with his sexy half-smile and temptingly muscular body. But from the moment these two rivals meet, sparks fly. And when they put his questionnaire to the test, the results aren’t what either of them expect.

Claire Kingsley has taken enemies to lovers to a whole new level!

Love According to Science is full of passion, sexual tension and hilarious moments that will leave you wanting to be a part of the girl gang 😉  Book two in the Dirty Martini Running Club series is Hazel and Corban’s story, and what a story it is!

Corban and Hazel are both brilliant, successful and two totally different characters from the norm. They are both awkward, very passionate and still trying to find love with the right person. The banter between them is fierce, fun and frustrating, the sexual tension is OFF THE CHARTS HOT (Dirty Corban is gonna melt your panties right off)! Throw some good friends and family into the mix, this story has everything you’re going to want in a fabulous book! 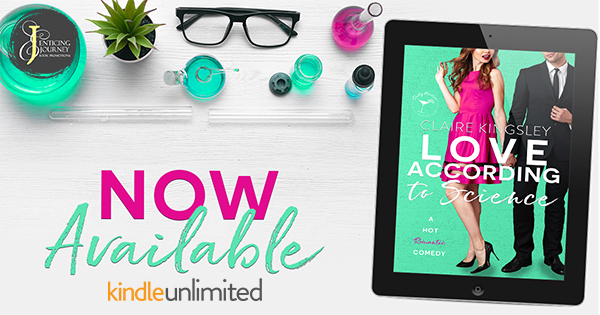 “I would give this book ALL THE STARS if I could. Five is not nearly enough. This is such a clever, fresh take on finding your soul-mate.” ~ Read Me Romance Blog

“Take necessary precautions: two nerdy scientists are about to light up your ereader and leave you with a hot flash!” ~ Marika Ray, author of MomCom

“There was just something about these two that clicked and made my inner nerd squeal. And can I just applaud Kingsley on writing this story? The amount of research alone that she had to have done. Wowza.” ~ Amity Book Blog

“Corban is adorable. Disheveled, distracted, caring, full of animal facts, a BOSS in bed, and secretly jacked- what more could you want?” ~ Romance Reviewed 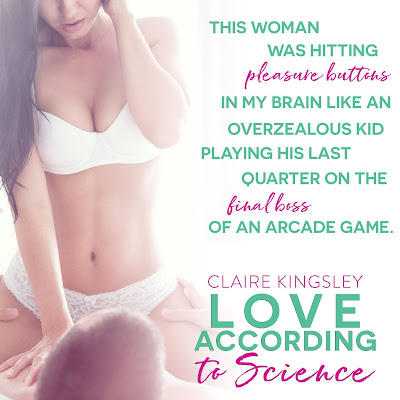 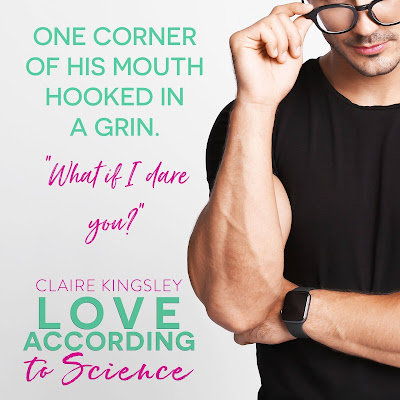 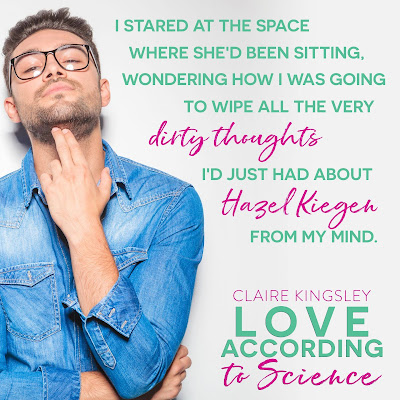 Heat, Heart, & Happily Ever After
Claire Kingsley writes sexy contemporary romance and romantic comedies. She loves sassy, quirky heroines, swoony heroes who love their women hard, panty-melting sexytimes, romantic happily ever afters, and lots of big feels.
She can’t imagine life without coffee, her Kindle, and the sexy heroes who inhabit her imagination. She’s living out her own happily ever after in the Pacific Northwest with her husband and three kids.