This month bestselling author Colleen Hoover released her very first paranormal romance, Layla. Today Colleen shares one of her very favorite parts of the book and introduces the scene. Colleen, take it away!

“Leeds and Layla have just met about an hour before this scene takes place. I wouldn’t say they experienced insta-love, but it was definitely an immediate attraction. Leeds is lonely and withdrawn from life, while Layla is the opposite. She’s over the top and fun and everything Leeds isn’t. He’s a musician who has never released any of his own music due to insecurities and doubt. But Layla lights a fire in him and uncovers the confidence about his music that he keeps buried.”

Excerpt from Layla by Colleen Hoover

Layla leans in and I expect her to kiss me, but instead she whispers, “Play me something,” against my mouth. Then she moves to the couch and lies down. “Play something worthy of that piano,” she says.

She crosses her legs at her ankles and lets one of her arms dangle off the couch. She runs her finger against the hardwood floor while she waits for me to start playing, but I can’t stop staring at her. I’m not sure there’s another woman on this planet who could make me want to stare at her without blinking until my eyes dry up, but she’s looking at me expectantly.

She smiles gently. “Does the song mean something to you?”

“I wrote it using pieces of my soul.”

“Then you have nothing to worry about,” she says quietly.

I spin around on the bench and place my fingers on the keys. I hesitate for a moment before playing the song. I’ve never performed it for anyone before. The only person I’ve ever wanted to sing it for is my father, and he’s no longer alive. His death is the reason I wrote this in the first place.

I’ve never been nervous while playing Garrett’s songs onstage, but this feels different. This is personal, and despite the fact that there’s only one person in the audience right now, it feels like the most intense audience I’ve ever performed for.

I fill my lungs with air and slowly release it as I begin to play.

When I’m finished playing the song, I fold my hands in my lap. I’m a little hesitant to turn around and look at her. The whole room got quiet after I played the last note. So quiet—it feels like all the sound was sucked out of the house. I can’t even hear her breathing.

I close the cover to the piano and then slowly spin around on the bench. She’s wiping her eyes, staring up at the ceiling.

“Wow,” she whispers. “I wasn’t expecting that. I feel like you just stomped on my chest.”

That’s how I’ve felt since I first laid eyes on her tonight.

“I like how it ends,” she says. She sits up on the couch and tucks her legs beneath her. “You just stop in the middle of the sentence. It’s so perfect. So powerful.”

I wasn’t sure if she’d realize the intentional ending, but the fact that she does makes me all the more enamored of her. 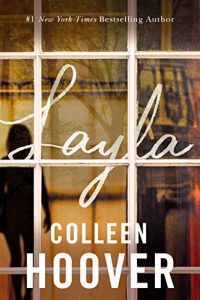 When Leeds meets Layla, he’s convinced he’ll spend the rest of his life with her—until an unexpected attack leaves Layla fighting for her life. After weeks in the hospital, Layla recovers physically, but the emotional and mental scarring has altered the woman Leeds fell in love with. In order to put their relationship back on track, Leeds whisks Layla away to the bed-and-breakfast where they first met. Once they arrive, Layla’s behavior takes a bizarre turn. And that’s just one of many inexplicable occurrences.

Feeling distant from Layla, Leeds soon finds solace in Willow—another guest of the B&B with whom he forms a connection through their shared concerns. As his curiosity for Willow grows, his decision to help her find answers puts him in direct conflict with Layla’s well-being. Leeds soon realizes he has to make a choice because he can’t help both of them. But if he makes the wrong choice, it could be detrimental for all of them.

Colleen Hoover is the #1 New York Times bestselling author of several novels, including the bestselling women’s fiction novel It Ends with Us and the bestselling psychological thriller Verity. She has won the Goodreads Choice Award for Best Romance three years in a row—for Confess (2015), It Ends with Us (2016), and Without Merit (2017). Confess was adapted into a seven-episode online series. In 2015, Hoover and her family founded the Bookworm Box, a bookstore and monthly subscription service that offers signed novels donated by authors. All profits go to various charities each month to help those in need. Hoover lives in Texas with her husband and their three boys.