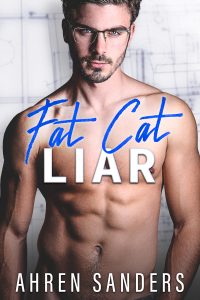 The night I met Greer Palmer was no coincidence.

The plan was perfect.

Everything was in place. All I had to do was get her attention and the rest would take its course.

What I didn’t plan was my reaction the first time she spoke.

That’s all it took for her to steal my breath and shatter every thing I’d expected.

She was supposed to be a spoiled socialite, a pampered princess, an elite heiress— anything other than the striking beauty that blew my misconceptions to pieces.

One kiss and I became obsessed.

One night and I became addicted.

One month and she became my world.

Suddenly, my plan wasn’t so perfect.

To her, I am sunset kisses, whispers of seduction, and promises of forever.

My name and reputation speaks for itself as one of the most successful architects in the industry. Conceited, arrogant, egotistical, ruthless— I’ve earned it all.

In reality, I’ve bided my time, done my job, and waited my turn.

Now is my chance.

Greer thinks we met by accident, but she’s wrong.

Once the lies are exposed, will the truth be enough?

I devoured Fat Cat Lair by Ahren Sanders as quickly as I could. I loved the writing and the story so much, even when I wanted to smack some sense into the characters! Even so, the characters had so much chemistry, but their journey was full of obstacles, many self-caused.

I was not sure how I felt about Lawson Hall at first. As you can tell, his intentions were not the best when he first met Greer. He had a plan and intended to use Greer to get what he wanted. But he did not expect his reaction to her. She was nothing of what he expected. Lawson was arrogant, determined and could be very ruthless. But we also see a more gentle and caring side to him as well.

Greer was a lot more than a socialite. She was smart, honest and caring. Because of who she is, she knows she must be careful when she meets new people. But when she meets Lawson, she believes it was all coincidence and begins to fall for him. What would happen when his lies would finally come out?

Fat Cat Liar was very engaging from start to finish. Lawson intended to use Greer, but when he meets her, his reaction is unexpected. He was drawn to her immediately. But he was also not always the best man he could be, but I loved seeing him trying to redeem himself.

I truly enjoyed reading Fat Cat Liar. It was fun, sexy and a bit angsty. I loved Lawson and Greer, but you knew things would eventually blow up for them. It was an emotional journey and one that will captivate you.

“Don’t.” I pull her closer, brushing my lips against hers. “You want to know something, ask.”

She nods and resumes scraping lightly on my cheeks.

“Here’s another tidbit of information. I’m in no rush to introduce you to my brother. He’s a lady’s man, and he’ll have no problem trying to snatch you from right under my nose. I’m not an idiot and know a good thing when I find it.”

She giggles, the sound breaking any tension from earlier.

“I’m tempted to keep you here like this, especially looking like you do. But I thought you wanted to meet your friends for drinks.”

“What’s wrong with the way I look?”

I make a point to sweep my eyes slowly over her face, neck, shoulders, and chest, stopping when I hit her low-cut neckline. “Your tits are about to burst out of your top.”

“They are not!” She swats me playfully.

I cock an eyebrow at her. “Pretty sure every man that sees you tonight is going to think the same thing. Do me a favor and don’t make any sudden movements.”

“Now, you’re being silly. This top doesn’t show that much cleavage.”

To make a point, I lean in and skim my lips along the edge on the fabric, stopping at the lowest point and darting my tongue out to touch her skin. She inhales sharply.

Ahren spent her formative years living in an active volcano. There her family made collectible lava art. She studied rock collecting at the Sorbonne in France. There she met the love of her life-her pet pig Sybil. She returned to the states and started writing. She is happily married to a guy who used to live under a bridge and she met while pole-dancing.

Now, meet the real me. I grew up in the south and consider myself a true “Southerner”. Most of the special locations mentioned in my books are reflections of my favorite places. Living on the Florida coast, my family spends a lot time at the beach, which is where I usually can be found with a book in my hand. 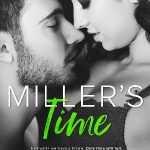 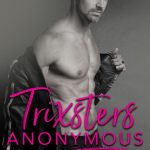