Weston King knows how to play. But wild nights and owning an extensive collection of women's panties don't carry the thrill they once did, so when his business partner Donovan suggests an outrageous plan to allow them to take over their competition, Wes takes him up on the offer. The crazy idea? Marry the competitor.

Elizabeth Dyson, the bride-to-be in question, is on board with the plan. She wants access to her trust fund and can only get it once she marries. Each has something the other wants - all they have to do is pretend to like each other well enough to tie the knot.

Only trouble is, playing fiancé to Elizabeth isn't quite that simple. Wes finds her sexy and brilliant...and soon wishes their engagement wasn't fake at all. Not that he'd ever tell her that.

But a lover boy like Wes can only stand an empty bed for so long...and even the best of players has to put down his cards eventually.

WOW!!! Dirty Sexy Player was so much more than I ever imagined!!

We met Weston and Elizabeth in the previous “Dirty” books and I was intrigued by their story and what exactly was going on between them. I thought for sure in the earlier books that Weston would end up with someone else so I was quite shocked when Elizabeth came into the picture!

I loved everything about this book, there were so many emotions on each and every single page! Anger, hate, sexiness, intrigue, laughter, all of it…and a plot twist I never saw coming a mile away! I can’t wait for the conclusion!

Dirty Sexy Player by Laurelin Paige was originally released as an Audible Exclusive and I absolutely loved it. Not that it is getting ready to be released in eBook format, I am excited more people will get a chance to read Elizabeth and Weston’s story! We first met them in the Dirty duet and I could not wait to get their story because you just knew there was so much more going on there! Though this is a standalone based in the same world, I would highly recommend reading the duet, as it is an amazing read, but does not need to be read to enjoy Dirty Sexy Player.

In Dirty Sexy Player, we find Weston and Elizabeth entering a marriage convenience orchestrated by Weston’s best friend. This marriage will allow Elizabeth to inherit and run the empire that should be hers by right and would allow Weston and his business partners to purchase the company they want. This was a business transaction where everyone wins. But being in this “relationship” would require Weston to behave. Which he is not used too.

I could not wait to get Weston and Elizabeth’s story. You could see the sparks between them in the Dirty Duet. Though Weston and Elizabeth knew it was only a business deal, they find themselves in a push and pull relationship with sparks flying in every direction whey they are together. I loved their banter and how much they fought what they both really wanted. They were so good together and the unexpected feelings threw them for a loop.

Weston was a player and never wanted to settle down. As a man who comes from wealth and privilege, he is used to getting whatever he wants when he wants. He could be a bit immature at times, but he was also a man with determination and full of sex appeal. Elizabeth is a woman from the same world as Weston but was a bit shy and not as experienced with men. But she was determined to succeed, though she needed Weston’s help to do so.

I have to say I was surprised by the ending and it left me wanting book two now! OMG! I love Laurelin Paige. She is a great writer that brings us stories we love and that makes us feel. Which is why she is a must-read (and listen) author for me. Loved Dirty Sexy Player! It was sexy, slow burning and a great listen! Highly recommend it and book two is almost here!

I looked at the windows past him, trying to distract myself. Lights flashed and swirled around the dance floor in time to the beat, the only part of the music which made it into the sanctuary of the bubble room. I could tell it was crowded, but I couldn’t make out faces the way they could probably make out ours. “I don’t know if anyone’s looking,” I said.

“Don’t worry about them. Just focus on what you’re doing.”

Easy for him to say. He wasn’t facing them. He was only looking at me.

Nope. I couldn’t think about that either. Just had to focus on the task at hand.

I closed my eyes. “So just pretend that I… That we are… That under my dress…” I couldn’t even say it.

Weston leaned forward and murmured near my ear. “Yes, pretend that under your dress you are not wearing any panties. I have my dick out. I’m working you, and you are showing me exactly how you like it. Now go.”

I didn’t know if he was saying those things to loosen me up or to get a rise out of me, either was possible.

Whatever his intent, it did the trick. He set the scene. I felt my face flush like the women in the videos as I imagined him rubbing his crown against my slit before nudging his tip inside and then burying himself to the hilt.

I opened my mouth in a silent gasp, acting out how I was sure it would feel. Good. It would feel so good.

This was so…weird. So hot and sexy and arousing and weird.

I wondered if he was feeling it too, feeling turned on, or if it was just me. It wasn’t like I could ask though, and knowing probably wouldn’t help my performance anyway.

So I concentrated on me. Focused on the task.

“Do I move or something?” I bucked my hips forward and felt the friction against my crotch as it rubbed the fly of his pants.

“Yeah,” he said breathlessly. “That’s good. That motion. Just like that.”

“Okay. Okay.” I rocked against him again, and again, my hips tilting back and forth, my clit brushing against his fly. Every time, stroking and kindling a fire in a fireplace I hadn’t had cleaned for some time. I spread my thighs a little wider and braced my knees against the bench so I could swing my pelvis all the way forward, in and out, in and…

I froze. “Is that—?” But I didn’t have to ask. There was most definitely a fat, thick ridge pressed against the crotch panel of my panties. I guess that answered the question of whether he was feeling it too.

“Look,” he said, ready to defend himself. “There’s an extremely attractive woman sitting on my lap. I cannot help what happens to my cock. It has a mind of its own.”

A really big mind of its own. 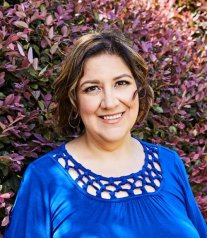 She is represented by Rebecca Friedman. 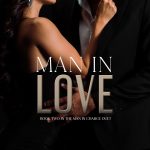 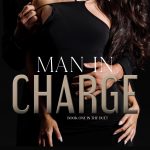 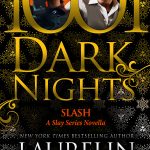 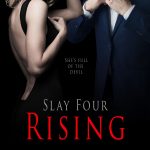 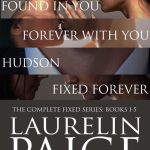 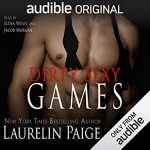 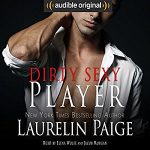