Posted May 11, 2020 by sultrysirens in Excerpt, Release Blitz, Reviews by Kim / 0 Comments 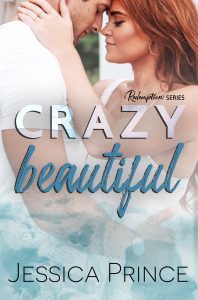 Poppy Weston had been burned enough times by undeserving men to know her heart was best left under lock and key. She was content with her life, even with the lack of romance. Then Jase Hyland walked into Redbud Inn and offered her something she couldn’t refuse. In return, all she had to do was marry him.⁣⁣⁣

Jase had seen firsthand the kind of damage relationships caused, and he wanted nothing to do with it. He’d been taught from a young age that the only things that should matter to a man were wealth and power. However, all it took was a series of events to lead him down a path he never expected to travel.⁣⁣⁣

It was supposed to be simple. No feelings, no emotions, just two friends entering into a mutually beneficial arrangement.⁣⁣⁣

THIS is my favorite book of the entire series! Jase and Poppy are absolutely everything!! Fake relationships are one of my favorite tropes and Jessica Prince nailed it with this book! I loved reading how this story turned into so much more than a fake relationship. Jase is an alpha in every sense of the word and the sexual tension between the two of them had me dying for more! The twist at the end is something I never saw coming and LOVED every minute of it! This is one of the BEST small town series that I’ve ever read and I highly suggest it to everyone!

Our marriage was only supposed to be a business transaction…
Until I went and fell for my wife.

Quiet rained down on the dimly lit back porch, oppressive and thick with the tension I’d unwittingly walked into.

I’d never done well with awkward silences. I had the nasty habit of rambling in an effort to fill the void any time I found myself in that situation. That compulsion came over me then, spurred on even more by the fact that any time I was in Jase Hyland’s orbit, I turned into a flustered, bumbling disaster.

“I’m so sorry. I wasn’t lurking, I swear. I honestly didn’t know you guys were out here. Then when I did, I wasn’t sure what to do. I kind of froze.”

The sigh he released before bringing the tumbler in his hands to his full, pouty lips and sucking back some of the amber liquid inside sounded like it carried the weight of the world.

“It’s all right, sweetheart. You didn’t do anything wrong.”

I began to fidget in place, shifting from foot to foot and wringing my fingers together in front of me as the full force of his attention hit me like a wrecking ball.

My heart was at risk of doing a Kool-Aid Man impersonation and busting through my chest at any second.

Even with half of his features still shrouded in darkness, I knew exactly what he looked like. I’d spent enough time watching him during his visits to see his sister that I’d managed to memorize every sinful inch of him. And yes, I realized that made me sound like a psycho creeper. But I couldn’t help myself.

His well-trimmed brown hair had just enough product in it to keep it from flopping over his forehead but wasn’t overly styled. By this time of night, there was bound to be a five-o’clock shadow dusted across a strong, square jawline. The bridge of his nose had a tiny bump, making it slightly imperfect, but still attractive on such a handsome face, and his sharp cheekbones made him look almost regal. He was like a slightly scruffed-up Chris Evans. In other words, gorgeous.

He wasn’t like any of the men I’d grown up around. Redemption, Tennessee had its fair share of attractive guys, believe me. But this man was different. Where the men in my town lived in T-shirts, jeans, and flannel, Jase was well-groomed, usually in slacks and a button-down.

As usual, his look screamed money, but not in a flashy way that said he was trying to show off. It was how he carried himself. His calm, cool confidence gave off that impression.

God, he’s gorgeous, I thought, as I continued staring, unable to pull my attention away from his perfect, masculine features. I’d never been so thankful for dim lighting. It was the only thing hiding the insane blush that burned through my cheeks and chest—just one of the curses of being a redhead. “I’ll just, uh . . .” I trailed off pathetically, hooking my thumb over my shoulder and taking a step back.

Two little words from his gorgeous mouth, and I felt the need to fan myself. Clenching my fists to keep from doing that, I took hesitant steps in his direction, bracing my hands on the railing around the porch once I finally reached his side.

I didn’t have the first clue what he and Bennett had been arguing about, but I couldn’t stand to see the blank, stoic look on a face that was normally so happy. I arched a playful brow and stated, “You look like you’re about two seconds away from making a run for it.”

His head twisted toward me, one corner of his mouth kicking up in a smirk that made my belly flutter like a million hummingbirds had taken flight. Those golden-brown eyes, lined with long, dark lashes, danced with humor in the pale glow of the porch light. “You wouldn’t be too far off the mark, Flower.”

My heart did an Olympic gymnast-style flip at the name he’d christened me with on his very first visit to Redemption. Said in that husky voice of his, I nearly melted into a puddle of goo right then and there.

I twisted to face him full on and sucked in a dramatic gasp. “And risk the wrath of Farah? She’d murder you so dead.”

His smile was still there, but for the first time that night, I noticed just how tired he looked. There were faint purple smudges beneath his eyes. The scruff on his jaw was longer than I’d expected it to be, his hair unrulier.

Don’t get me wrong, he was still hotter than a damn forest fire, but it was evident in the lines on his sexy face that something was weighing on him.

He downed more of his drink, bourbon, judging by the smell of it, and used that time to school his features and paste a carefree expression on before responding. “I’m good, Pop.”

With how often Jase had come to town to visit Bennett and his sister, staying at the inn most of those times, I’d gotten to know him well enough to consider us casual friends. More than acquaintances, but not besties by any stretch of the imagination. Still, I cared that something was plaguing him.

“You know, it’s none of my business if you don’t want to talk, and I’m certainly not gonna push, but if you ever need someone to listen, Jase, I’m never more than a phone call away.”

His glass came down on the iron banister with a clank. The intensity in his gaze as he stared down at me—like he was seeing something deep inside me at that very moment, something I didn’t understand— stole my breath and caused my lungs to deflate.

“You’re something else, Poppy. You know that?”

My blush grew so furious I thought I might actually catch fire at any second. “I’m just me,” I said quietly, looking up at him through the fan of my lashes. “Nothing special.”

His voice took on an even huskier timbre as he said, “That’s where you’re wrong, Flower. So very wrong.”

With that, he downed the last of his bourbon, placed the glass on the railing, and shocked the hell out of me by leaning down and placing a kiss on my forehead. “And I’ll keep your offer in mind.” Then he turned and headed back into the house, leaving me reeling.

Posted May 11, 2020 by sultrysirens in Excerpt, Release Blitz, Reviews by Kim / 0 Comments