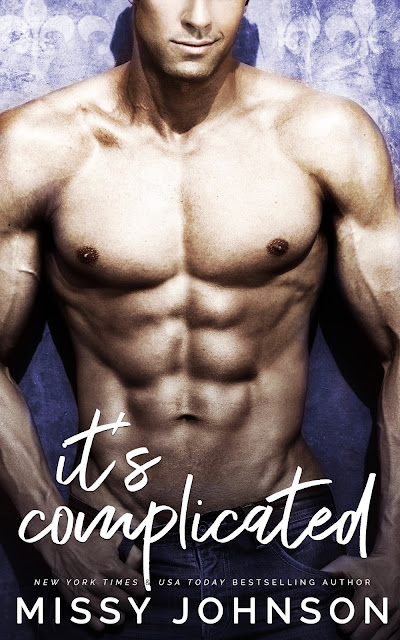 They call him the Anaconda, and I’m pretty sure it isn’t because he likes snakes.Nick Jenson is my neighbor. My hot, oh-so-sexy, very-well-equipped neighbor that I’d spend hours watching from the safety of my bedroom window.I saw lots of things I probably shouldn’t have. Sometimes I’d touch myself, imagining it were his hands roaming over my body instead of my own. I had just one mission—to find out if the rumors were true.

Then one day, he caught me watching him.

I was mortified. I was prepared to quit college, move to another country, and live the rest of my life saying, “Nick who?” But, apparently, life had other ideas.

Because Nick? Well, he isn’t just my neighbor … He’s also my father’s best friend. If I thought things were difficult before, they were about to get a whole lot more complicated.

Oh, and those rumors? Holy fuck, are they true … 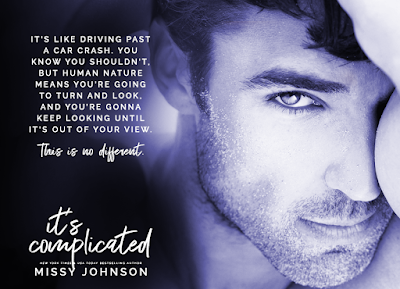 I throw the rest of my coffee down the sink, suddenly unable to stomach it. I wait for dad to leave for work before I bolt next door search of Nick. I find him just as he’s closing his front door. I glance at the car, where the kids are already strapped in.“Hey,” he says with a smile. He frowns when he sees my expression.

“Do you need to tell me something, Nick?” I growl, with my hands resting on my hips.

The color drains from his face. “Fuck. He told you, didn’t he? I’m so sorry, Anna. I couldn’t help it. He invited himself along. What was I supposed to say to the guy?” he says weakly.

“Jesus, Nick. How about no?” I retort, still in disbelief.

“I’m sorry,” he protests again. “I really had no choice. Short of saying hey, I’m fucking your daughter, there was nothing that would’ve gotten me out of this.”

“I hired a houseboat. For a week,” he muttered.

“A freaking houseboat?” I laugh, shaking my head.

“Jesus keep your voice down,” he hisses, glancing at his car.

“You’re telling me that for the next week, I’m stuck on a houseboat with my boyfriend, my father—who also happens to be my boyfriend’s best friend, and my boyfriend’s two kids?” Nick winces. “And you want me to keep my voice down?”

“Uh, is now a bad time to mention you dad just called me? He wanted to check that it was okay to bring Mandy.”

“You’ve got to be kidding me,” I mutter, shaking my head. “He must’ve called you the second he left the house.”

This just keeps getting better and better. I liked Mandy, but it annoyed me that he made this big deal about us spending time together only to turn around and invite his girlfriend.

What the hell am I going to do?

Kayla is in such bad hysterics that she’s practically falling off the kitchen counter when I tell her about the mess that is my life.

“Are you fucking kidding me?” she huffs, barely able to spit the words out. “You’ve got to get me a ticket on that boat.”

“Bullshit. This is going to be the show of the year,” Kayla giggles.

“Come on, please be serious, Kales,” I frown.

“I am being serious. You need me there,” Kayla says. The laughter is gone and there is nothing but honesty in her voice. The thing I love about Kayla is as crude and blunt as she can be, when you need her, she’s there. “I can help out with the kids and buy you more time alone with Nick. You think you’re gonna get any time with him without me there to cause a distraction?”

I think about it. Maybe having her there wasn’t the worst idea in the world. If something went wrong and I needed an out, I know Kayla would figure something out for me. 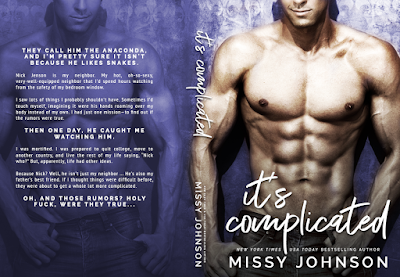 Author Bio
Missy lives in a small town in Central Victoria with her
husband, and her confused pets (a dog who think she’s a cat, a cat who thinks
he’s a dog…you get the picture).
When she’s not writing, she can usually be found looking for
something to read.
Author Links
WEBSITE
FACEBOOK
TWITTER 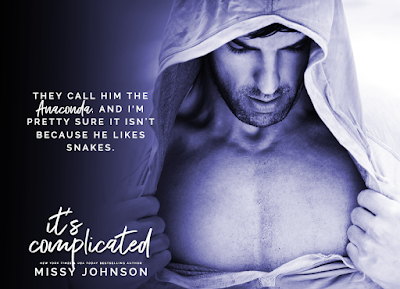