Posted May 6, 2019 by sultrysirens in Release Blitz, Reviews by Liz / 0 Comments 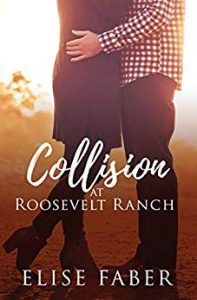 It began with a collision.

Not in the sense of souls colliding or even stars aligning, but in a real-life, totally her fault, bumpers-crunching, frames-bending, airbags-deploying crash.

Why was she such a mess?

And why did she have to be such a mess when it involved really expensive cars and really handsome men? She was an emergency room nurse. She was supposed to have it all together, to be cool under pressure, to be--

Not turned into a complete puddle of mush when it came to the man whose car she'd crunched.

But Sam was so . . . so nice and sweet and gorgeous and he made Haley's brain just completely poof out of her skull. But Sam was also her past.

Or rather, her sister's past.

She couldn't be infatuated with the man who'd broken her sister's heart. She couldn't want him. It didn't matter that a decade had passed. Plus, Sam had never noticed her before. Haley was the littlesister, the annoying tagalong. Sam wasn't attracted to her and he neverwould be.

But what if that colliding of bumpers had finally knocked some sense into him?

What if he decided Haley wasn't the annoying little sister anymore? And what if she gave into the temptation of all her long held fantasies?

Worse, what was Haley going to do if her sister found out?

She’s not supposed to want her sister’s ex-boyfriend…oops.
Collision at Roosevelt Ranch by Elise Faber is available now!

A deer, a collision and her sister’s ex do not mix well, as Haley is about to find out. But when they are in an accident and Sam offers to help, she can’t help but remember the huge crush she has always had on him. But as her sisters ex, she needs to stay away, right? Yet now he sees the woman she has become; can he stay away? This was an enjoyable read with very likeable characters and a sweet romance. 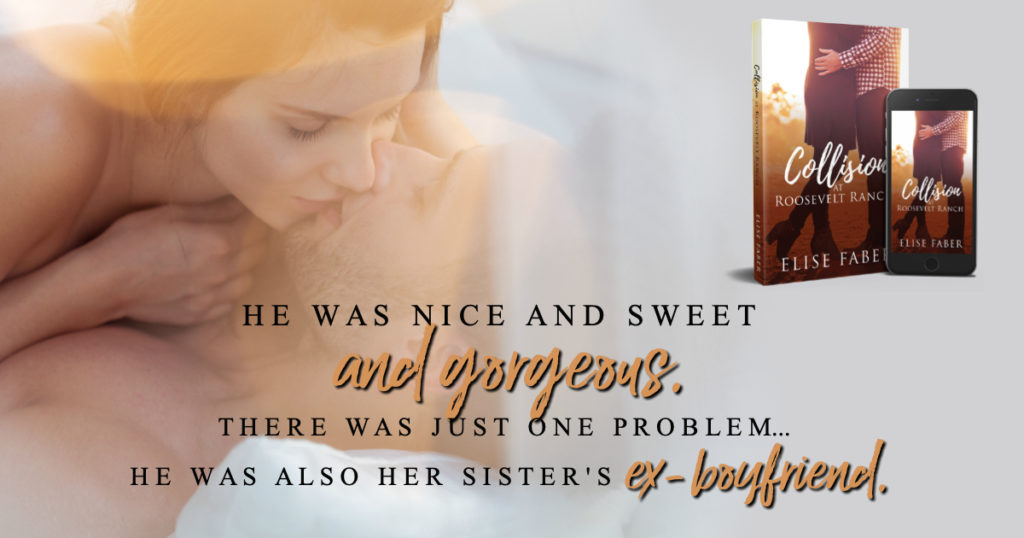 Aside from writing romance, Elise’s passions are chocolate, Star Wars, and hockey (the order depending on the day and how well her team — the Sharks! — are playing). She and her husband also play as much hockey as they can squeeze into their schedules, so much so that their typical date night is spent on the ice. Elise is the mom to two exuberant boys and is thoroughly addicted to Dancing With the Stars.

Posted May 6, 2019 by sultrysirens in Release Blitz, Reviews by Liz / 0 Comments