A humorous and heartbreaking second-chance stand-alone romance from the New York Times bestselling author of the Shattered Hearts Series.

For six years, she was the only one. My best friend. My kitten. My world. Then, I broke us by getting caught in a web of lies.

Hard to believe, after everything we’d been through, I could do what I did to her… in front of 600,000 people. I doubt she’ll ever believe I did it because I love her.

Three years later, my music career is booming. I have a movie deal in the next comic book reboot. And now the only parent I have left has been given a death sentence. I have to go home, but going home means facing what I did to her.

Today we have the blog tour for BREAK by USA Today Bestselling Author, Cassia Leo! Check it out and get your copy today.

Break by Cassia Leo was a friends-to-lovers-to-enemies-to-maybe something again romance and my first read by this author. I enjoyed this second chance romance that was at times infuriating, but also sexy and sweet.

Charley and Ben Hayes were friends and neighbors. Ben was her brother’s friend who she always crushed on. Then they were happy and in love, until the day he very publically dumped her and humiliated her. After that, Charley’s life was at a standstill, while Ben’s grows as a rock star and movie star.

But now Ben is back, but not the same man to who left all those years ago. Struggling with drinking, his life seems to be falling apart. But Charley is also not the same woman she was and she is determined to keep her heart closed off. But Ben had his reasons for what he did, even if Charley wants nothing to do with them. Can they find a way back to what they were or is it too late for them?

Charley was both strong and vulnerable. She loved Ben deeply and was devastated when he broke her heart. Ben almost had it all, but fame comes with a price. Doing what is right for the ones he loves is all that matters to him. But at their core, both were caring people who just had to find their way back.

Break by Cassia Leo was sweet, sexy and a bit emotional. It was not only a story about second chances but of family as well and one I enjoyed reading.

I’m about to turn around and head back to the Uber, when Charley stands up from the chair and begins making her way toward the entrance. It’s like watching an angel coming at me, but from the stony expression on her face, I can’t decide if she looks more like a guardian angel or an angel of death. Either way, she’s gorgeous: tall and slender, with hips that would make a grown man cry; her dark hair cascades over her shoulders in luscious waves; round, hazel eyes and full lips framed by soft cheekbones and a perfect oval face.

She always complained about the tiny bump on her nose, or that her top lip wasn’t as full as her bottom lip. I used to tell her that complaining about those things is like looking at a gorgeous sunset and complaining that the sun is too bright.

Michelle glares at Charley and says something that looks like, “What are you doing?”

Michelle rolls her eyes and they both continue toward me as Michelle pulls a ring of keys out of her apron. My heart soars as I realize Charley is forcing her friend to open the door. Maybe she’s not as angry with me as I anticipated.

The whole time Michelle is unlocking the door, I keep my gaze focused on Charley, willing her to look at me and give me some kind of smile or nod or something to let me know I’m right. But her eyes are trained on Michelle’s hands. Finally, the door pushes out toward me and Charley emerges with an expression on her face I’ve never seen before. I can’t explain it any other way except a stone-cold lack of emotion.

“Charley, I just want to talk to you. Just give me five minutes.”

Her expression doesn’t change. “I don’t want to talk to you, Ben. You should leave before Mason gets here.”

“It’s probably better that he’s here. I owe him an apology, too,” I say, taking a step toward her.

Charley puts her hand on Michelle’s arm. “You can go inside. I can handle this.”

Charley nods and we both watch in silence as Michelle shoots me one last burning glare before she heads back inside. “Look, Ben, I’m sure you’ve probably made up some kind of excuse that justifies what you did to me. But there’s nothing you could say that will make me understand or forgive what you did. So, once again, I’m asking you to leave. I really don’t want to see what Mason will do to you when he gets here.”

The cool expression on her face and the even tone in her voice chills my blood. What have I done to her?

“You know damn well Mason’s never been able to take me.”

“He’s been rage-lifting,” she replies coolly, using the phrase I made up for when I would take my aggression out at the gym. “I don’t want him to get in trouble with the cops when he kicks your ass.”

I suppress my laughter, so I don’t further piss her off. “Baby, I’m not here to get in fights or make excuses. And—”

I pause for a moment and take a deep breath. “Look, I don’t expect you to forgive me. Not tonight, anyway.”

She clenches her jaw and lets out a puff of laughter through her nose. “You really are just as cocky as always if you think I’d ever forgive you.”

I close my eyes for a second to collect myself as anger roars inside me. “You…have no fucking idea why I did what I did.”

“I don’t care why you did it!” she shouts, her stony expression crumbling. “You broke us! I don’t want to see you ever again. Go back to L.A., Ben.”

I step forward and grab her elbows. “This isn’t over, Char.”

“Don’t touch me!” she yells, wrestling her arms from my grip.

I’m close enough to smell her now, that sugared-strawberry scent I remember so fucking well it makes my arms ache to hold her. “You have no fucking idea how sorry I am.”

“Are you drunk? I can smell alcohol.”

I blink at her question, standing my ground as I see the headlights of a car approaching.

She glances toward the lights and her eyes widen with panic. “Go home, Ben. Please. As much as I hate you, I don’t want to see you hurt.” 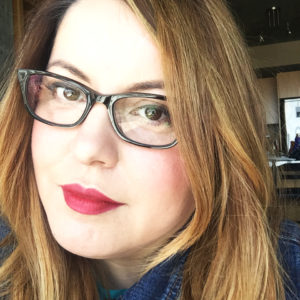 New York Times bestselling author Cassia Leo loves her coffee, chocolate, and margaritas with salt. When she’s not writing, she spends way too much time re-watching Game of Thrones and Sex and the City. When she’s not binge-watching, she’s usually enjoying the Oregon rain with a hot cup of coffee and a book.