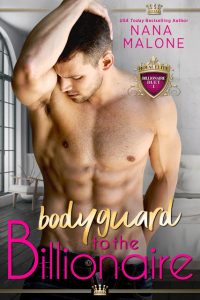 Also in this series: The Billionaire's Secret

Derrick Arlington is one of the world's most eligible billionaires. Voted Sexiest Man Alive—two years running.

‪And I just so happen to look exactly like him.

‪It’s never came in handy until I get offered an actual job out of it.

‪It was supposed to be so simple.

‪Go to the Winston Isles, stand in as his body double for a few weeks, go back to my life.

‪But when our carefully constructed plan goes awry and the billionaire goes missing, I have no choice but to take his place and hire a bodyguard. The best in the business: a smart-mouthed, tight-assed, lady bodyguard.

‪Zia Barnes is the LAST thing I want, even if I need her. She's determined, smart, and has no idea I'm a total imposter.

‪Good thing I have no intention on falling for her, or I'd be royally screwed. 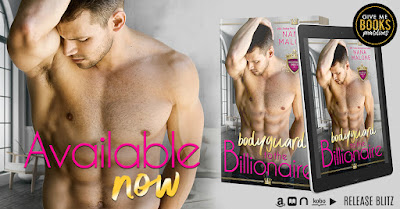 Bodyguard to the Billionaire is the first book in The Billionaire Duet by Nana Malone and will have you engaged right from the start. Theo looks a lot like billionaire Derrick Arlington, but he never paid it any attention, until he is asked to impersonate him. Now his life is in an upheaval he never imagined. Enter Zia Barnes.

Zia Barnes is as badass as they come and I loved her! She was so tough to the core but she knows he is keeping secrets. The sparks fly when they are together but they need to stay professional, right? I enjoyed reading Bodyguard to the Billionaire by Nana Malone. It was full of steamy chemistry and intrigue. Excited for the next book in the series!

Excerpt
“Get rid of
her, or she comes with us.”
“I’m not
going anywhere, buddy.” I jabbed him in the chest in an attempt to create more
space. In close combat with this guy, I’d lose. Sure, I was faster and nimbler.
But one good hit and I’d be down.

His sharp,
slashing brows drew down. “Suit yourself. I know what to do with someone like
you.”

I’d bet he
did. And none of those things included me sleeping in my warm cozy bed tonight.
“Babe, come on the royal family wants a photo.”
Gray Eyes
arched a brow. “Darling, you go ahead I’ll meet you there.” His voice was sin
and bad decisions mixed together.
I stood my
ground. Now was no time for him to be noble. “Oh, I know King Sebastian
insists.”
“I’ll have
to pass, love.”
“Yeah, you
heard him, he’ll have to —”
He was
talking and also raising his right arm. All I saw was the black gleam, and I
acted, launching myself in the air and slamming against Gray Eyes. Toppling him
over and covering his body with mine, tranq gun raised.
Wasting no
time, I squeezed twice. The asshole about to shoot at us was big. Who knew if
two doses would be enough? But I was prepared to run.
The
muscle-bound brute fell to his knees. I rolled on my back, ready for anything.
But I
didn’t need to worry. Two hits with the tranq had done the job.
I sucked in
a shuddering breath.
When I
turned to my bed of muscles, he was glaring at me. “Do you have a bloody death
wish?”
His voice
had lost some of the sin quality. It was colder, like he was pissed.
I pushed to
my feet. “What? You wanted me to let you go with that asshole? He was going to
kill you.”
“I promise
you, I’m quite capable.”
Unbelievable. “You could have fooled me. Men
wielding weapons and shoving you into a car are generally bad news.”
His gaze
narrowed as he glowered at me. “I had it under control.”
I crossed
my arms. “Oh, so you’re delusional. Okay then. Goodbye, crazy. And P.S. You’re
welcome.”
“You
generally only say thank you when you’re glad someone did something.”
I shook my
head. “For fuck’s sake. Next time I’ll let you die then. Pity. You look
expensive, like someone would miss you, but it’s no skin off my back. I’ll just
let the homicidal asshole kill you when he wakes up.”
“You could
have been hurt. Did you pay attention to what just happened?”
“You mean
besides me putting on a display of badassery the likes of which you’ve never
seen? I also made this couture look damn good. Oh yes… and saved your ass.”
“My ass
didn’t need saving, princess.”
“I’m not a
princess, asshole. I’m a King’s Knight. I don’t need anybody to save me. Have a
nice life.” As I strutted off, I flipped him the bird.

USA Today Bestselling Author, NANA MALONE’s love of all
things romance and adventure started with a tattered romantic suspense she
borrowed from her cousin on a sultry summer afternoon in Ghana at a precocious
thirteen. She’s been in love with kick butt heroines ever since.With her overactive imagination, and channeling her inner
Buffy, it was only a matter a time before she started creating her own
characters. Waiting for her chance at a job as a ninja assassin, Nana, meantime
works out her drama, passion and sass with fictional characters every bit as
sassy and kick butt as she thinks she is.The books in her series have been on multiple Amazon Kindle
and Barnes & Noble best seller lists as well as the iTunes Breakout Books
list and most notably the USA Today Bestseller list.Until that ninja job comes through, you’ll find Nana working
hard on additional books for her series as well as other fun, sassy romances
for characters that won’t leave her alone. And if she’s not working or hiding
in the closet reading, she’s acting out scenes for her husband, daughter and
puppy in sunny San Diego.

Want to hit me up? Just email me: 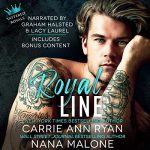 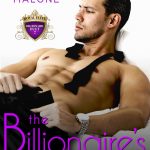