Posted December 21, 2020 by sultrysirens in Audiobook, Reviews by Liz / 0 Comments 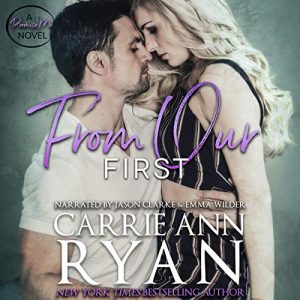 Audio: From Our First by Carrie Ann Ryan
Series: Promise Me
Published by Self on 12/8/20
Genres: Contemporary Romance
Buy on Amazon US | Audible
Goodreads

Nate Brady and Myra West have been keeping a secret, though not just from their group—also from each other. Getting married when they were barely adults wasn’t in the cards when they made their plans for their future. Divorcing one another amidst pain and heartbreak wasn’t either.
Years have passed, wounds have scabbed over and scarred, but their anger remains.

If the two can open themselves to the impossible, they might be able to take that second chance. Only they’ll also have to fight their fears, the lies between them, and the desire they thought long gone.
Except they aren’t alone in their secrets, and if they aren’t careful, they may just be taking them to their graves.

I first read From Our First by Carrie Ann Ryan when it was published a few weeks ago and loved it. So I was excited to listen to the audio narrated by Emma Wilder and Jason Clarke. They did an absolutely amazing job bringing Nate and Myra’s story to life. I got lost in their story once again and loved it.

I have absolutely loved the women of the Promise Me series. They have been through so much and yet they are strong and determined. In the last book of the series, which can technically be read as interconnected standalones, BUT are so good and should just be read in order, we finally find out what is going on with Nate and Myra. And let me tell you, it was worth the wait. From our First by Carrie Ann Ryan is a second chance romance that was emotional and angst-filled. What secret have Nate and Myra been keeping and will they survive the aftermath?

Enemies because of the secrets, anger and hurt they hid from each other and others, can they find a way past that to see what they truly have before it’s too late? Their journey truly broke my heart. People they should have trusted let them down and now the people that matter the most to both of them have found their happily ever after. Can they learn to forgive and move forward? Both are stubborn and determined, but there is so much there if they just let themselves see it. A great ending to an amazing series. I just loved this book and series so much and highly recommend reading and/or listening! 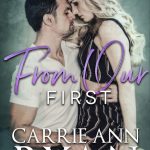 From Our First by Carrie Ann Ryan Release & Review 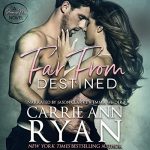 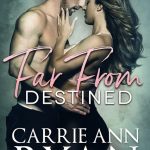 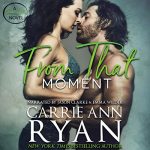 Audio Review: From That Moment by Carrie Ann Ryan 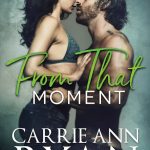 From That Moment by Carrie Ann Ryan Release & Review

Posted December 21, 2020 by sultrysirens in Audiobook, Reviews by Liz / 0 Comments