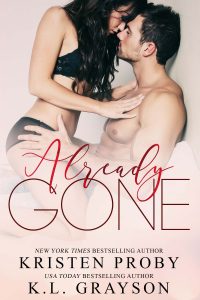 Falling in love is easy…

New Hope, South Carolina is my home. It’s where I grew up, got into trouble, and fell in love for the first time. Scarlett Kincaid was more than the girl next door, she was my best friend, until she decided that small town life wasn’t for her. One minute she was here, and the next she was gone.

The girl I used to fish with down at the creek is now the biggest name in country music. She headlines world tours, has won four Grammys, and I haven’t seen her since. Until today when she sped through town in her fancy car. One look at her big brown eyes was all it took to stir up a whole slew of emotions. Emotions I’d long ago buried and sure as hell don’t have time for.

There are two things in my life that matter. My music, and my dad. Twelve years ago, I packed a bag and chased my dream. Leaving New Hope and escaping the gossip mill was the easiest decision I ever made. I never planned to return, but my father needs me, and he always comes first. So, I did what I had to do. I cut my tour short and came home, despite having a sister who hates me, and a community that doesn’t trust me.

And then there’s Tucker Andrews.

When he propped an arm on the roof of my car, pulled down his sunglasses and flashed his police badge, I nearly swallowed my tongue. Gone is the lanky boy who used to throw rocks at me and pull my pigtails. Tucker is now a six-foot package of brawny, sexy man wrapped in more muscle than I have hit singles. Did I mention he’s a cop and a single dad?

My goal was to help Dad, and get back to my life. But what am I supposed to do when the life that used to strangle me suddenly fits like a glove, and makes me dream of things I never thought I’d have? What happens when the boy I walked away from years ago becomes one of the most important people in my life? I don’t have room for a man much less love.

Because it’s impossible to hold onto someone who’s already gone.

Already Gone by Kristen Proby and K.L. Grayson was a sweet, charming and a bit angsty second chance romance. What happens if you fall in love with someone who is already gone? Scarlet Kincaid left New Hope, South Carolina twelve years ago and has never come back. She is now is a country star. The world loves her and she loves it. Her life is more than she ever dreamed off. But she has never been back home. When she left, she never looked back. Now her dad needs her and she has no choice but to go back.

But not everyone is happy she is back. Tucker and Scarlett were friends growing up. They were close, so when she left and never looked back, Tucker was hurt. Now she is back and he has to protect his heart. The sexy single father was determined and charming. Scarlett was independent and strong but was also vulnerable. Their attraction is off the charts, but her life is in Nashville and his is in New Hope. Can they have a future or will their hearts be broken again?

I know every soul represented in that number. Not a single one of them drives the shiny red Mercedes that just went speeding by.

Seventy-five in a forty-five.

I flick on my lights and press on the gas, sending my cruiser flying past the city limit sign and the godawful billboard that sits directly behind it; the one declaring New Hope home to country music superstar, Scarlett Kincaid.

It wouldn’t be a big deal if this were actually her home. It’s not. Scarlett may have been born here, but her fancy boots haven’t landed on this soil in over a decade.

All it took was one call from a hotshot music executive to send her packing before the ink was dry on her high school diploma. Scarlett flew from this town fast enough to leave our heads spinning. Before any of us could process what had happened, little Scarlett Kincaid—the same girl who used to build forts with me in my living room while my mama made us mac ‘n’ cheese—had a hit single sitting at number one on the Billboard charts.

She went from homecoming queen and most likely to marry a rich spouse in our senior yearbook, to the queen of country music.

The country loves her. Hell, the whole world loves her.

New Hope…not so much. And it’s high time that fucking sign comes down.

But first, I have to deal with this speed demon in the sexy red car.

I sound the sirens, and the car pulls to the side of the road and waits while I walk to the driver’s side window. It’s still up, the heavy tint preventing me from seeing inside. With a hand on my holster—because you never know what you’re going to walk up on—I knock on the window.

My first thought: this woman is absolutely gorgeous. Long, dark hair. Pouty lips. And a tiny pink dress. Her eyes are covered by oversized aviators, but I’m sure they’re as pretty as the rest of her.

“Do you know why I pulled you over today, ma’am?”

“Tucker?” The woman smiles, then pushes her sunglasses to the top of her head. And that’s when I see the brown eyes I’ve spent more than a decade trying to forget. “Tucker Andrews, is that you?”

I step back and square my shoulders. “You can call me Officer Andrews. Do you know why I pulled you over today, ma’am?”

“Tucker.” The woman laughs and shakes her head. “It’s me, Scarlett.”

At the mention of her name, I’m met with an onslaught of flashbacks. Running hand and hand through the neighborhood with her, laughing and playing, only to have her ignore me the second we got to school. The popular crowd versus the nerds who desperately tried to fit in. She the former, me the latter, and the pain it caused every time she acted as though she didn’t know my name. For years, I pretended it didn’t bother me because I knew that when I got home, Scarlett would meet me at the fence, and the awkwardness from the day would dissipate as though it never happened.

But it did. Day after day after day. I was a glutton for punishment. There was nothing in the world I loved more than Scarlett Kincaid, and it didn’t matter how badly she hurt me, I was always willing to forgive her.

Her smile and laugh might’ve gotten to me in middle school and high school, but I refuse to let it affect me now. 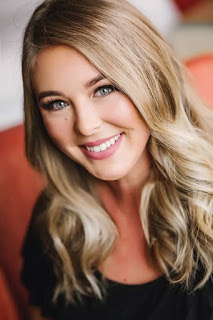 K.L. Grayson resides in a small town outside of St. Louis, MO. She is entertained daily by her extraordinary husband, who will forever inspire every good quality she writes in a man. Her entire life rests in the palms of six dirty little hands, and when the day is over and those pint-sized cherubs have been washed and tucked into bed, you can find her typing away furiously on her computer. She has a love for alpha-males, brownies, reading, tattoos, sunglasses, and happy endings…and not particularly in that order. 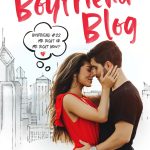 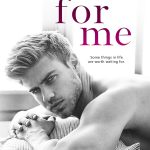 Wait for Me by K.L. Grayson Blog Tour & Review 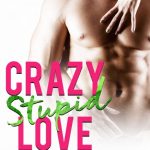 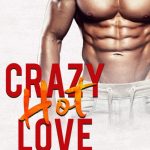