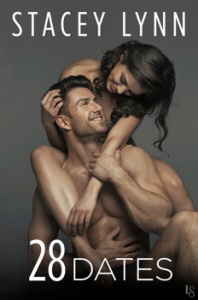 In the age of apps and social media, how many dates does it take to find “the one”? The author of Knocked Up and Fake Wife swipes right on love with a captivating friends-to-lovers tale.

Caitlin Pappas is a lifelong commitment-phobe. The closest thing she’s had to a relationship in the last few years was a friends-with-benefits thing that fizzled out because the guy wanted more. So when she and her best friend design a new app that promises to find “the one” in 28 Dates, Caitlin is the perfect guinea pig. Little does she know that she may have already met her match. . . .

Jonas Reeves has tried his best to move on after Caitlin didn’t want take things to the next level. Now they really are just friends . . . without benefits. Caitlin’s even a regular at his bar, The Dirty Martini. But when he learns that Caitlin plans to beta-test a new dating app on his home turf, Jonas senses a golden opportunity to win her heart. Even if he has to slide into her DMs to do it. . . .

28 Dates by Stacey Lynn was an enjoyable read about finding the “right” one. Caitlin Pappas does not want a relationship. They are not for her. When her longtime friends-with-benefits wants more, they end things. Months later she is going to beta test a new app at work about finding the one in 28 dates.

Jonas Reeves fell for Caitlin, but when he wanted to take it to the next level, she did not, even if he did mean something to her. Now she is dating off the app and Jonas sees his opportunity to win her back. There is some back and forth as Caitlin is not ready to let Jonas in, but he is not giving up. 28 Dates by Stacey Lynn was an entertaining friends-to-lovers second chance romance 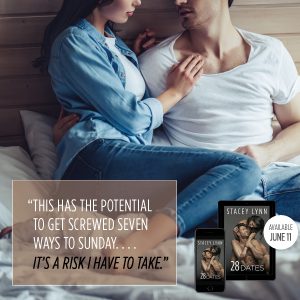 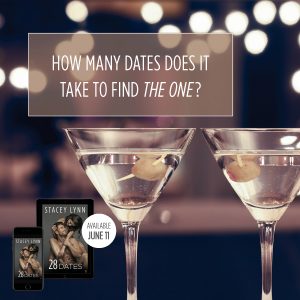 Stacey Lynn is a simple girl raised in the Midwest. Over the long, frigid winters, she would read every book she could get her hands on, from John Grisham and Danielle Steel to Ann M. Martin and C. S. Lewis. She began writing poems and short stories long before she reached high school, and now, as a wife and mother to four children, she finds solace from the craziness of her life by creating steamy, sexy stories. After publishing her first book, what began as a hobby has now turned into an unending passion. 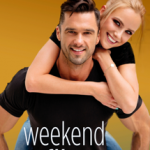 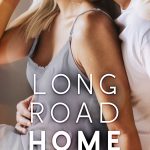 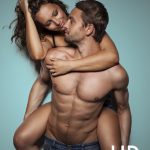 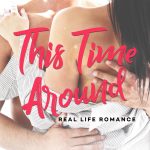 This Time Around by Stacey Lynn Blog Tour & Review