Today we are sharing a chapter reveal of VICTOR by Brenda Rothert. This is a contemporary romance, standalone, and it is the third title in the Chicago Blaze hockey romance series. It will release on July 16th and you can preorder your copy now!

Add the book to your TBR Pile now! He’s a hockey star with a headboard full of notches. She’s a shy NHL concession worker at who’s never been kissed.

They don’t call me Belinda Boring for nothing. It’s my name, after all. And for a 23-year-old with plain brown hair who still lives at home and gets tongue tied over nothing, it’s a fitting one. I’m not even one of those quiet girls with a hidden talent, unless making a mean order of nachos at the NHL arena I work at counts. My life consists of working, reading and harboring a secret crush on a hockey player who doesn’t know I exist. At least, until we accidentally meet and become unlikely friends.

I’m living the dream. A poor kid who worked his way into the NHL, I’ll never forget where I came from, though I try to. My past follows me, a nagging reminder that I’ll never be what everyone thinks I am. As the threat of my secret being exposed looms closer, my game slips, leaving me in danger of being cut from my team–the only family I have. I’m losing my hold on everything when a new friend helps me find hope. She’s nothing like the women I’m used to, but by the time I figure out that’s exactly why she’s right for me, I’ve lost my chance with her. Somehow, I have to convince a woman who thinks she’s invisible that she’s the only one I see.

I’m maintaining eye contact with the fat cat telling me about his latest business conquest—smiling and nodding on cue. But truthfully, I’m way more interested in the small plate of spicy meatballs I’m eating as he talks.

“There’s a sucker born every minute, and I’m always ready to swoop in and make money off their stupidity,” Bill Something or Other says, giving me a plastic grin.

I nod and grab the toothpick spear of another meatball, popping it into my mouth.

“Hey, can I get a selfie?” Bill asks, setting down his drink. “You’ve been playing like total shit lately, which means you’re on the verge of a big comeback. I want the world to know I called the resurgence of Victor Lane.”

I pass my plate to my teammate Easy, who meets my gaze for a split second and conveys everything I’m feeling right now.

Fuck this guy. He’s just a rich asshole with a big mouth and a small dick. Big talker, but he’d shit his pants if an NHL enforcer even looked at him across the ice.

Playing along, I wait until he’s taken a selfie he’s pleased with. He moves on to mingle with other Blaze players and Foundation contributors, not even signing off with us.

“Food’s good, at least,” Easy says, clapping me on the shoulder as he returns my plate.

“Yeah, I could eat about a hundred of these meatballs.” I say.

“I’m supposed to make a joke here, right?” My teammate cocks a brow at me in question.

I let out my first genuine laugh of the evening. It’s not so much that what Easy said was funny, it just reminds me I’m not the only one who feels out of place here.

I’m a poor kid from Canada turned NHL player. There’s a lot of money and power at this level of the sport, which I was lucky to even get to play. It was only because of a scholarship program that I learned hockey as a seven-year-old. That program paid my way until I was a high school player who landed a full college scholarship. Hockey’s in my blood, but wealth still seems foreign.

But Easy? He’s a well-spoken French Canadian black man born Erik Zimmerman who had never touched a hockey stick until high school. He gave up a promising career as a model to join the NHL. Easy’s got an innate gift for the game, and though he’s not a natural brawler, he’s coming along. He’s also one of only a few black players in the league.

My gaze shifts from Easy to a woman holding a tray of drinks beside us. She’s waiting for us to take something, I think.

“Ah, perfect.” I reach over and get a bottled beer. Easy does the same.

I take a long first sip of the beer, savoring the taste of the ice-cold drink. Across the room, my teammate Anton is talking to a well-dressed couple, his girlfriend Mia beside him. Our goalie Jonah and his wife Lily are there, too, smiling at the story Anton’s telling.

Anton’s like a brother to me. He’s one of the few people I always know has my back. And even though he’s been at the top of his game for a while now, he just recently came into his own when he and Mia got together. He’s happier than I’ve ever seen him, and he deserves it.

But me? Bill was right, I have been playing like shit lately. My linesmen, Anton and Luca, have been holding me up. There are a couple smug as shit sports writers who enjoy saying publicly that I haven’t been the same since I got dumped by Kristen Moore.

“You’re not still moping over that actress, are you?” Jackson Moon booms as he approaches me and Easy.

I return his grin and do my best to return his bear hug despite the empty plate and nearly-full plate I’m holding. Jackson’s a retired Blaze enforcer I really like. He’s old school, his nose crooked and his smile veneer. But that’s why he’s beloved to every Blaze player and fan—he spent his career putting his body on the line to protect his team.

“I ain’t moping over shit, you old asshole,” I say warmly.

“Good. Plenty more where she came from, right?”

“You boys going out after this?” Jackson looks between me and Easy.

I can only maintain my serious expression for a second. Jackson punches me in the shoulder, and while it doesn’t hurt, it doesn’t not hurt. Retired or not, this guy’s a bear who could probably still take me down—6’4” and burly as a lumberjack.

I smile and hold my beer up in a gesture of approval. But really, I just want to go home after this. I feel like being alone in my apartment, maybe ordering some takeout and catching some baseball.

Easy’s ‘thing for the front office’ is most likely dinner with the team owner and his family. I used to get invited to all those things. But with the way I’ve been playing lately, I guess I’m no longer a favorite. Easy’s a second line forward. My spot on the first line has never been in greater peril.

“Jackson Moon.” A guy in a well-cut suit approaches us, his eyes lit up as he shakes hands with the Blaze legend. “It’s an honor. I’m Cain McMillan. I remember watching you play with my dad and grandpa.”

“We were actually at the game in ’98 when you and Trainor had that epic fight. The one where your head was injured. Man, all that blood on the ice…and you got back up! I’ll never forget it.”

“Yeah, that one hurt a little,” Jackson says wryly.

“Hurt Trainor a lot more than you, though.”

Jackson nods as Cain grabs a beer from the tray of a passing server, and Jackson does the same. Kevin Trainor wasn’t just hurt in that fight—he was never the same. After the doctors thought he had recovered, he came back to his team, but he’d lost so much ground that he couldn’t contribute. He got injured again and ended up retiring young.

That’s one of my fears these days—getting hurt so badly that I’m out of hockey for good, and going out on this note—with my numbers in the toilet and my job on the line.

No one would guess I’m thinking about that, though. I talk hockey with the guys, meet some hospital patients who were able to come to the event since the foundation is raising money for a Chicago children’s hospital. I sign jerseys and pucks, smile for pictures and represent my team well. Even though I feel like an imposter, I don’t let it show.

When people start heading out, I see that Easy is leaving with our team owner and his wife. I don’t begrudge him that, Easy’s a good guy. But it does burn to see Anton and Luca going with them.

So that’s what this is. A test run of sorts, to warm Anton and Luca to the idea of having Easy on the first line instead of me. I exhale deeply, frustrated by this turn of events even though I brought it on myself with my shitty play.

“Hey, man.” Jackson claps me on the shoulder. “It’s gonna be okay.”

“Let’s go blow off some steam,” he says, chugging the last of his beer.

I take out my phone to check the time, my pulse racing when I see the waiting text.

We need to meet tonight. You have one hour to call or text back.

Fuck. It’s been a few months since I got one of these messages, so I can’t say I’m surprised. Tonight of all nights, though. I’m already feeling like shit, and now I have to deal with this.

“Hey, Jackson, I’m sorry, but something just came up that I have to take care of.”

My single note of laughter holds no amusement. “I wish. It’s nothing fun.”

“Can we do it tomorrow night instead? Dinner and drinks?”

We say our goodbyes, and as I take the stairs down rather than the elevator to avoid the crowd, I loosen my tie and sigh, glad the social part of my night is over. Now I have to meet up with the only person in this world I hate. But at least there won’t be any false smiles, or pretending like everything’s great.

I am okay. I’ve been through worse than this. But fuck, I just got cheated on and dumped in broad view of the entire Internet. The headlines were merciless and the photographers relentless. It would be nice if my career could nosedive in a slightly less public way. 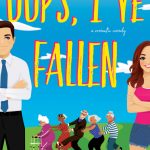