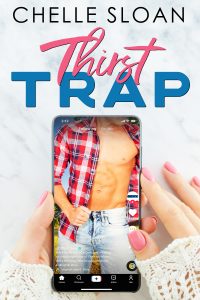 Definition of a thirst trap: A sexy photograph, video or message posted on social media for the intent of causing others to profess their attraction.

Thirst traps are meant to entice. To make women wish for something they can’t have.

You’re not supposed to fall in love with one.

In my defense, I didn’t mean to. It was just supposed to be one night of fun. One night where I could forget my responsibilities and family name. Where I could just be a girl in a bar.

I didn’t expect the sexy small town cop to come sliding into my life on his knees. Literally. Or his dance moves to sear themselves into my memory. Or that kiss...

The man I wasn’t supposed to fall in love with.

“Pardon me, I couldn’t help but notice that one of you lovely ladies is getting married soon?”

Some women have a thing for arms. Some go for abs or a smile. Me? Give me a man with a deep voice that I just know would say filthy things to me behind closed doors, and I am a pile of mush.

This man, who I’ve not yet made eye contact with? This voice coming from behind me? I don’t even need to look at him to know that he would leave me satisfied in all the right ways. Add in his country twang, and I’m already melting.

“That’s me!” Ella Mae squeals, raising her hand like she’s in grade school.

The mystery man laughs, and shit, his laugh is just as deep and sexy as his voice.

I want to turn around and get a look at him. But I’m afraid if I do, it will ruin the mental picture I have quickly conjured. In my mind, he’s a bit rugged. He’s wearing those country-boy jeans that fit in all the right places and leave nothing to the imagination. And he’s wearing a cowboy hat. A real one. Not one you can buy at the souvenir shop at the airport.

And plaid. He’s definitely wearing a plaid shirt. I bet his sleeves are rolled up, showing off his forearms.

Okay, so maybe I have a thing for arms, too.

“Well then, darlin’, what kind of gentleman would I be if I didn’t offer to buy you and your friends a drink?”

“I’ll take a drink!” Emmilene yells from the other side of Ella Mae. I quickly look over at her and realize that she’s staring at this man like he’s dinner, and she hasn’t eaten in days.

That’s all the cue I need to turn around and finally put a face to the image I’ve concocted in my head.

He’s… I don’t even have words. And I’m never speechless.

Though I have a feeling if this man were to get me naked, he’d be leaving me speechless for a whole different reason.

He’s what a man should look like. In every definition of that phrase.

I was mostly right about the choice of clothes. I hit the nail on the head with the plaid and jeans. Instead of the cowboy hat, he has opted for a backward trucker cap. Usually, I’m not a fan of that look. But on this guy? I’m a fan.

Then there are the things I didn’t imagine about him, but I don’t even know if I could have if I tried.

The skin I can see is bronzed only the way it can be from working outside in the southern sun. His muscles fill out his shirt just right to pull at the fabric, but not too much where it might rip. His smile is that fine line between cocky and confident and shows off a dimple in his left cheek.

Then there are his eyes. They are the color of my favorite milk chocolate.

And they are currently burning into me right now.

“And what about you, sweetness?” he asks, his voice softening a bit, though the look in his eyes is more intense. “What can I get you? You look a little thirsty.”

I almost said it. It was on the tip of my tongue because that’s literally the only word I can think of.

But I don’t have a chance to answer. Just as who knows what word is about to come out of my mouth, the unmistakable first beat of the song “Pony” comes blaring through the jukebox. The song might be as old as I am, but that doesn’t mean I don’t know it.

And apparently, so does Sexy Plaid Cowboy Man.

He reaches for Ella Mae’s hand, his hips slowly starting to move in beat with the music, and when I turn to look at my best friend, her face is twenty different shades of red. I don’t know if this man realizes that he just picked the shyest bachelorette in the history of bachelorettes to try and give an impromptu lap dance.

“What’s a bachelorette party without a dance?” he asks, bringing her out of her chair. “Don’t worry, I don’t bite.”

“I… no… I can’t!” she squeals, immediately turning toward me. “Here! Dance with Whitley!”

“What?” I let out, not having a second to take in what’s happening before Ella Mae grabs my hand, yanks me off my stool, and slingshots me into the hardest chest I’ve ever felt.

I look up to see his brown eyes taking me in, and that cocky smile is back with full force.

“Your friend doesn’t want a dance?” he says, his voice hitting me even harder this close to him.

“She’s shy,” I say, trying not to melt from the sound of his deep timbre.

“Are you?” he asks, a hint of mischief playing on his face.

I don’t break eye contact, though I can see Emmilene out of the corner of my eye, her mouth wide open as she can’t believe what is happening.

Oh, this just got so much better.

“Absolutely not. What do you got, cowboy?”

Check out the awesome GIVEAWAY for Thirst Trap HERE 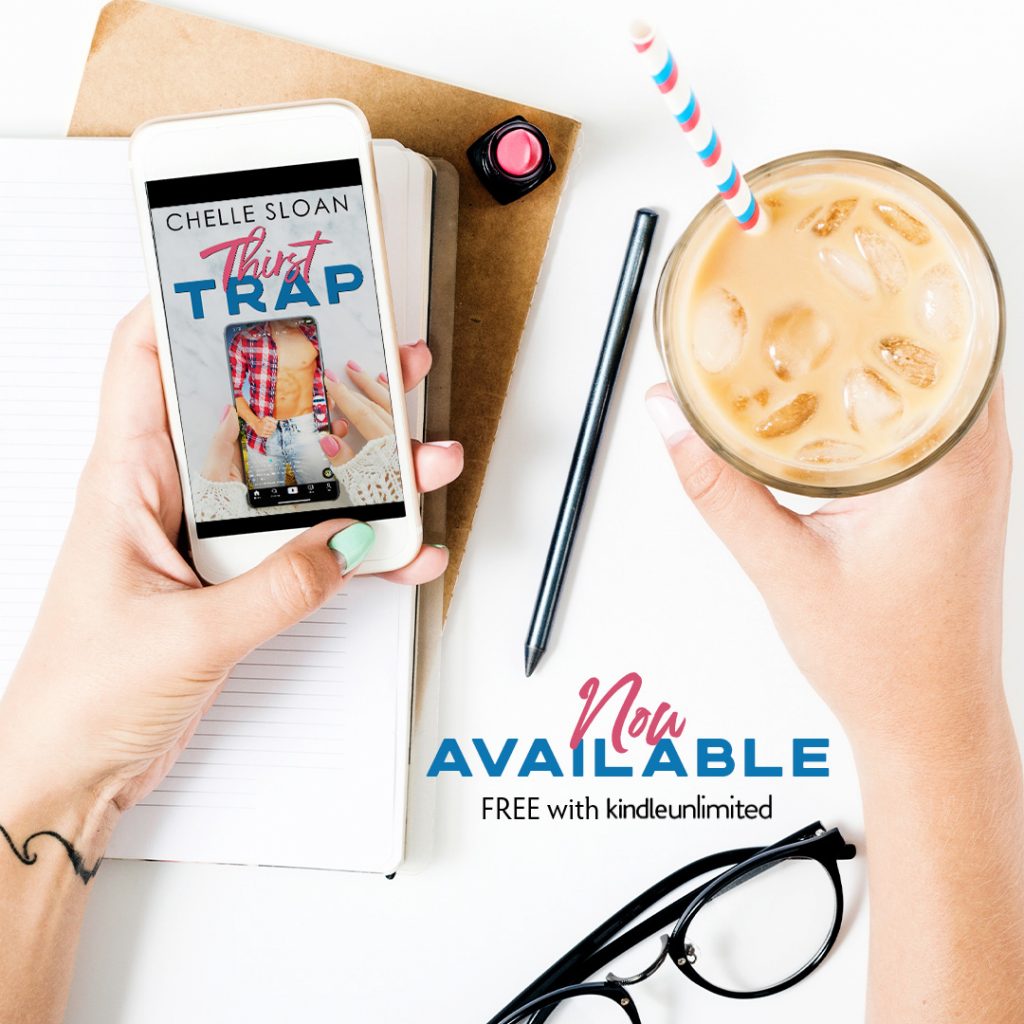 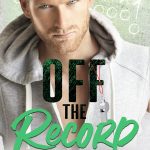 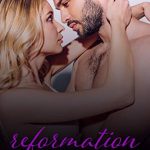