Posted May 8, 2018 by sultrysirens in Release Blitz, Reviews by Kim / 0 Comments 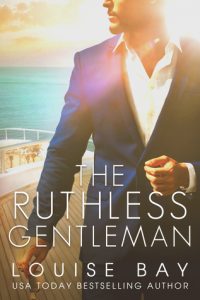 As a chief stewardess on luxury superyachts, I massage egos, pamper the spoiled and cater to the most outlandish desires of the rich and famous.

I’ve never had a guest want something I can’t give them. Until British businessman Hayden Wolf comes aboard—all sexy swagger and mysterious requests.
He wants me.

And Hayden Wolf’s a man who’s used to getting exactly what he demands.

Despite being serious and focused. Demanding and ruthless. He’s also charming when I least expect it as well as being devastatingly handsome with an almost irresistible smile.

But guests are strictly off limits and I’ve never broken a rule. Not even bent one. My family are depending on me and I can’t lose my job.

Only problem is Hayden Wolf is looking at me like I just changed his life. And he's touching me like he’s about to change mine.

Wow! It’s been awhile since I’ve read a book from Louise Bay but I’ve got to say, this has to be my favorite by far!! I was hooked from the first chapter and sucked into the story of Hayden Wolf and Avery Walker.

Hayden is the alpha male; very rich, smart and powerful. He is a man who gets what he wants but lately something’s amiss. Hayden is not used to being in a position where he loses, which is why he has chartered a yacht to stay out of the public eye and away from whomever is spilling his secrets.

Avery is the chief stewardess on the yacht that is now sailing the seas for weeks on end. While she thought she would get home to see her family, Avery needs the money that this charter will bring to help support the medical bills of her brother.

Avery and Hayden are immediately attracted to each other and what plays out is the beautiful love story of two totally different people, finding love where they least expected. Everything about their journey was breathtaking and I felt as though I was on that yacht sailing the Mediterranean right along with Avery and Hayden.

I loved the angst, the suspense, the romance and most of all the HEA. Ruthless Gentleman was an absolute joy to read and I read the entire book in one afternoon. 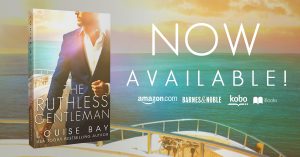 USA Today bestselling author, Louise Bay writes sexy, contemporary romance novels – the kind she likes to read. Her books include the novels Faithful (not currently on sale as undergoing maintenance!), Hopeful, The Empire State Series, The Nights Series (a series of standalones alone books each following different characters) and King of Wall Street.

Ruined by romantic mini-series of the eighties, Louise loves all things romantic. There’s not enough of it in real life so she disappears into the fictional worlds in books and films.

Louise loves the rain, The West Wing, London, days when she doesn’t have to wear make-up, being on her own, being with friends, elephants and champagne. 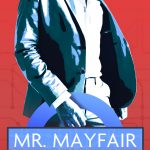 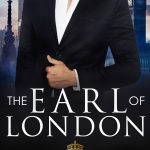 The Earl of London by Louise Bay Release Blitz & Review

Posted May 8, 2018 by sultrysirens in Release Blitz, Reviews by Kim / 0 Comments