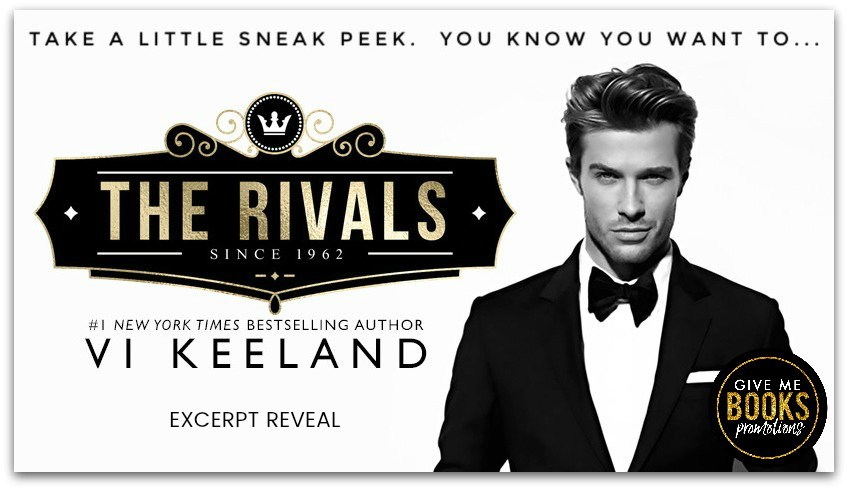 The feud between Weston Lockwood and me started at the altar.
Only neither of us attended the wedding, and the nuptials happened decades before either of us was born.
Our grandfathers had been best friends and business partners, at least up until my grandfather’s wedding day—when his bride-to-be blurted out she couldn’t marry him because she was also in love with Weston‘s grandfather.
The two men spent years fighting over Grace Copeland, who also happened to be their third business partner.  But in the end, neither man could steal half of her heart away from the other.
Eventually, they all went their separate ways.  Our grandfathers married other women, and the two men became one of the biggest business rivals in history.
Our fathers continued the family tradition of feuding.  And then Weston and I did, too.
For the most part, we kept as much distance as possible.
Until the day the woman who started the feud died—and unexpectedly left one of the most valuable hotels in the world to our grandfathers to share.
Now I’m stuck in a hotel with the man I was born to hate, trying to unravel the mess our families inherited.
As usual, it didn’t take long for us to be at each other’s throats.
Weston Lockwood was everything I hated: tall, smart, cocky, and too gorgeous for his own good.  We were fire and ice.
But that shouldn’t be an issue. Our families were used to being at war. There was just one minor problem, though.   Every time Weston and I fought, we somehow wound up in bed. 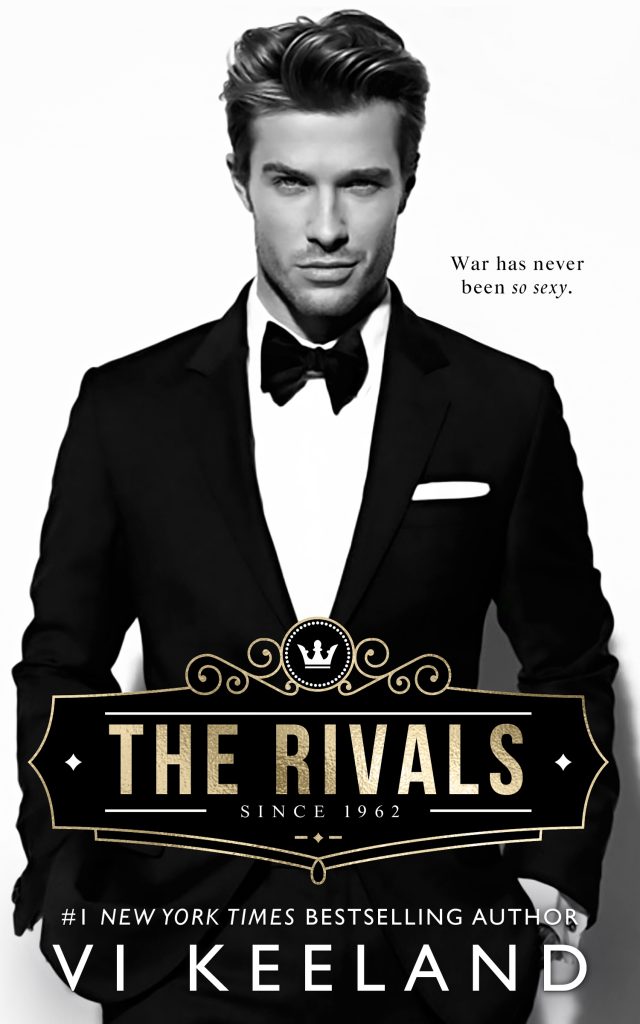 Amazon Live Release Alert: https://www.subscribepage.com/i6h3o5 or text BOOKS to 77948 (US only)

“What the hell?” I pressed the button on the elevator panel a second time. It illuminated, yet the car continued to sit there. So I jabbed my finger at it a third time. Finally, the doors started to glide closed. Just as they were about to shut completely, a shoe blocked them from closing.
A wingtip shoe.
Weston’s smiling face was there to greet me when the doors bounced open.
My blood was near boiling. “So help me, Lockwood, if you try to get in this car, I can’t be responsible for what happens to you. I’m not in the mood anymore.”
He entered the elevator anyway. “Come on, Fifi. What’s wrong? I’m just playing around. You’re taking things way too seriously.”
I counted to ten in my head, but it didn’t help. Fuck it. He wanted to get a rise out of me? He was going to get one. The doors slid shut again, and I turned and backed him into a corner. Seeing my face, he at least had the decency to look a little nervous.
“You wanna know what’s wrong? I’ll tell you what’s wrong! My father thinks I’m inept because I don’t have an appendage dangling between my legs. The man I spent the last eighteen months with was cheating on me with one of my cousins. Again. I hate New York City. I despise the Lockwood family. And you think you can get away with anything you want just because you have a big dick.” I jabbed my finger into his chest and punctuated each staccato word with another stab.
“I’m
Tired.
Of.
Men.
My father.
Liam.
You.
Every single fucking one of you. So leave me the hell alone!”
Frazzled, I turned back around and waited for the door to open, only to realize we hadn’t started to move yet. Great. Just fucking great. I jabbed the button a few more times, closed my eyes, and took deep, cleansing breaths as we started to move. Halfway through breath three, I felt the heat of Weston’s body behind me. He had to have moved closer. I continued to try to ignore him.
But the fucker still smelled good.
How the hell could that be? Whose cologne lasted for—what had it been now?—twelve hours? After the gauntlet run he’d sent me on across town this morning, I probably smelled like BO. It pissed me off that the asshole smelled…fucking delicious.
He moved closer, and I felt his breath tickle my neck.
“So,” he whispered in a gravelly voice. “You think my dick’s big.”
I turned and scowled at him. While this morning he’d been clean-shaven, he now had a five o’clock shadow all along his chiseled jaw. It gave him a sinister look. The suit that hugged his broad shoulders probably cost more than Liam’s entire sweater wardrobe. Weston Lockwood was everything I hated in a man—wealthy, good looking, cocky, arrogant, and fearless. Liam would hate him. My father already hated him. And at the moment, those were actually Weston’s strong points.
While I struggled with my body reacting to his scent and how much I liked the stubble on his face, Weston slowly reached out and put a hand on my hip. At first, I assumed he thought he needed to steady me, as he had when I’d wobbled in the bar. Had I wobbled again? I didn’t think I had. But I must’ve.
Though when his hand glided from my hip around to my ass, there was no misunderstanding his intention. He was not trying to help me stay on my feet. In my head, my immediate reaction was to scream at him, but somehow my throat felt too clogged to speak.
I made the mistake of looking up from his jaw into his blue eyes. Heat flickered, turning them almost gray, and his eyes dropped to my lips.
No.
Just no.
This was not happening.
Not again.
My heart thundered in my chest, and the blood in my ears roared so loudly I almost didn’t hear the ding of the elevator announcing that we’d arrived at my floor. Thankfully it snapped me out of whatever moment of insanity I’d slipped into.
“I…I need to go.”
It took all of my focus to put one foot in front of the other, but I managed to walk down the hall and make it to my room.
Though…
I wasn’t alone. 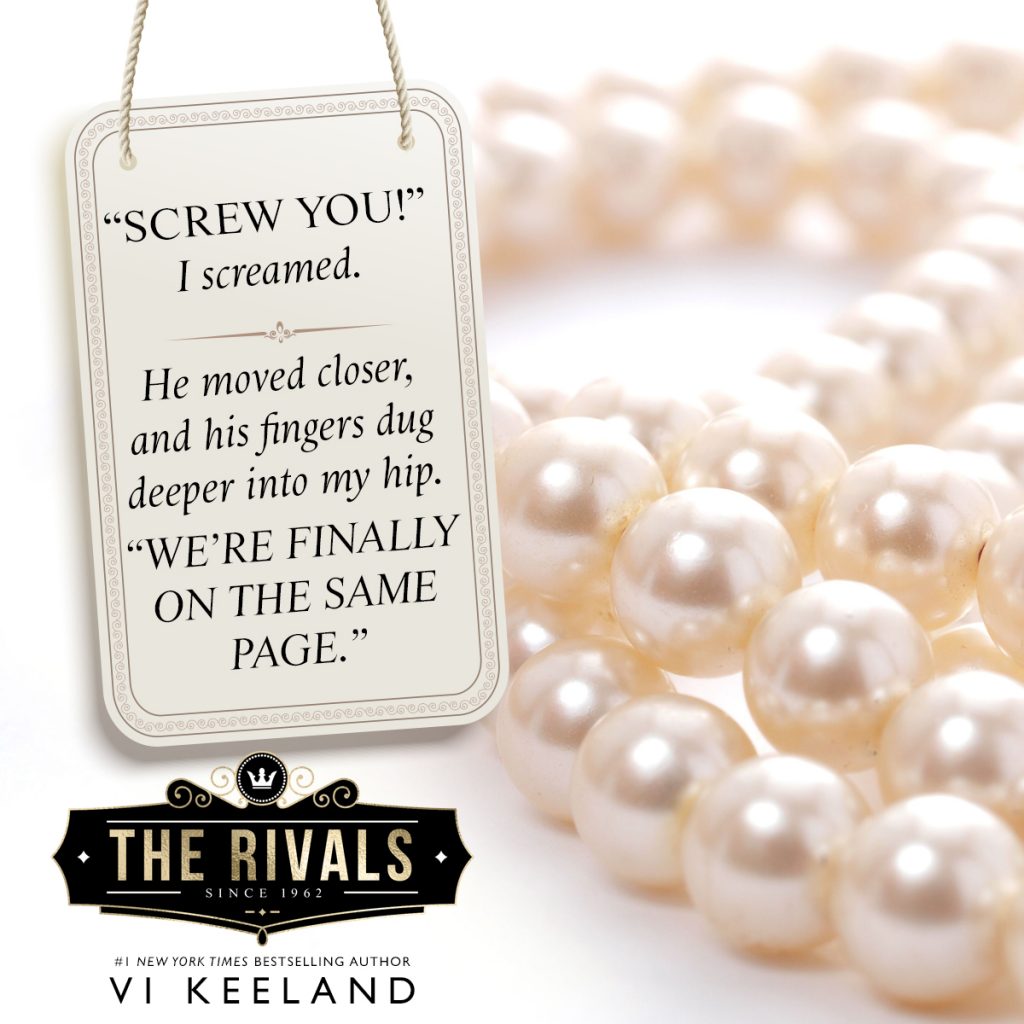 Vi Keeland is a #1 New York Times, #1 Wall Street Journal, and USA Today Bestselling author. With millions of books sold, her titles have appeared in over a hundred Bestseller lists and are currently translated in twenty-five languages. She resides in New York with her husband and their three children where she is living out her own happily ever after with the boy she met at age six.