Girl in Luv and Boy in Luv, which make up the Luv Duet by Jay Crownover and Rebecca Yarros, are now live on all platforms except Amazon.

Grab your copy now while it’s only .99 cents on Apple, Nook, and Kobo

Tomorrow, October 21st, both book will be placed into Kindle Unlimited and will ONLY be available through Amazon.

Links to purchase your copy can be found below. Purchase your copy of GIRL IN LUV today!

About GIRL IN LUV:

Langley Vaughn is in desperate need of a date.

But not just any date.

She’s looking for a date to the wedding from hell. It isn’t every day you’re forced to be in the bridal party while your first love marries your archnemesis…otherwise known as the world’s worst stepsister. The entire situation is a nightmare, and Langley is sick and tired of taking orders and forcing a fake smile. She’s done being the bad guy when she was the one who was wronged.

Never in a million years did she think she was going to stumble across her very own heroic heartthrob when she set her crazy plan in motion.

Not only does Iker show up for her time and time again, he also forces her to finally fight for herself.

He says he’s only there for the money…but his actions speak so much louder than his words.

Iker Alvarez would do anything and everything to get his hands on some quick cash.

Not just any cash, but enough to make sure his younger brother gets into the college of his dreams.

Thank goodness for a desperate, pretty little rich girl with too much money and her heart set on an outrageous scheme. Being in the right place at the right time might just be the answer to both of their prayers—and this smart soldier has never let a golden opportunity slide by.

Iker doesn’t mind coming to Langley’s rescue and being her plus-one…as long as the price is right.

Only, he didn’t plan on liking the blonde socialite as much as he does. He is totally unprepared for the pull he feels toward her, coupled with his growing desire to protect her from the vultures and villains living under the same roof.

He wants to be the guy who keeps her safe and gives her the courage she obviously needs to fight back… But someone else, someone far more powerful and influential than Langley’s wealthy family, has dibs on Iker’s time and on his future. He knows he isn’t the guy Langley can count on in the long run, but damn, if he doesn’t want to do everything in his power to be that man.

Add GIRL IN LUV to your Goodreads TBR here! Purchase your copy of BOY IN LUV today!

About BOY IN LUV:

Distance sure as hell made his heart grow fonder… But it shattered hers into a million pieces.

Who falls head over heels in love in a week? Langley did, and she’s regretted it every day since she handed her heart to a boy with too many secrets and too much baggage. Iker doesn’t fit into Langley’s world, and he made it clear he doesn’t want to. He left before she even got a chance to try and change his mind or to prove to him how good they could be together. Langley’s spent the last nine months healing her heart and making big plans for the future. Plans that absolutely don’t include Iker… even though he’s back, looking better than ever, and saying all the right things.

Iker Alvarez knows he made the biggest mistake of his life.

At first, the pretty blonde in the red dress was nothing more than a means to an end. But, she quickly became so much more. As soon as Iker walked away from Langley, claiming it was for her own good, he knew he screwed up. He left her so she wouldn’t worry about him when he deployed, so she wouldn’t waste her time waiting around for a guy who was never going to be good enough for her. Only, nine months and a deployment later, Iker still can’t get Langley out of his head… and he totally underestimated the hold she has on his hardened heart. He’s a guy who’s not sure how love should work, or how to go about winning his girl back…he’s about to get a crash course in both.

Add BOY IN LUV to your Goodreads TBR here! Jay Crownover is the international and multiple New York Times and USA Today bestselling author of the Marked Men Series, The Saints of Denver Series, The Point Series, Breaking Point Series, and the Getaway Series. Her books can be found translated in many different languages all around the world. She is a tattooed, crazy haired Colorado native who lives at the base of the Rockies with her awesome dogs. This is where she can frequently be found enjoying a cold beer and Taco Tuesdays. Jay is a self-declared music snob and outspoken book lover who is always looking for her next adventure, between the pages and on the road. Rebecca Yarros is a hopeless romantic and a lover of all things coffee, chocolate, and Paleo. She is the author of the Flight & Glory series, including Full Measures, the award-winning Eyes Turned Skyward, Beyond What is Given, and Hallowed Ground. Her new Renegade Series features Wilder and the upcoming Nova, and is sure to keep your heart pounding. She loves military heroes, and has been blissfully married to hers for fourteen years.

When she’s not writing, she’s tying hockey skates for her four sons, sneaking in some guitar time, or watching brat-pack movies with her two daughters. She lives in Colorado with the hottest Apache pilot ever, their rambunctious gaggle of kids, an English bulldog who is more stubborn than sweet, and a bunny named General Fluffy Pants who torments the aforementioned bulldog. They recently adopted their youngest daughter from the foster system, and Rebecca is passionate about helping others do the same. 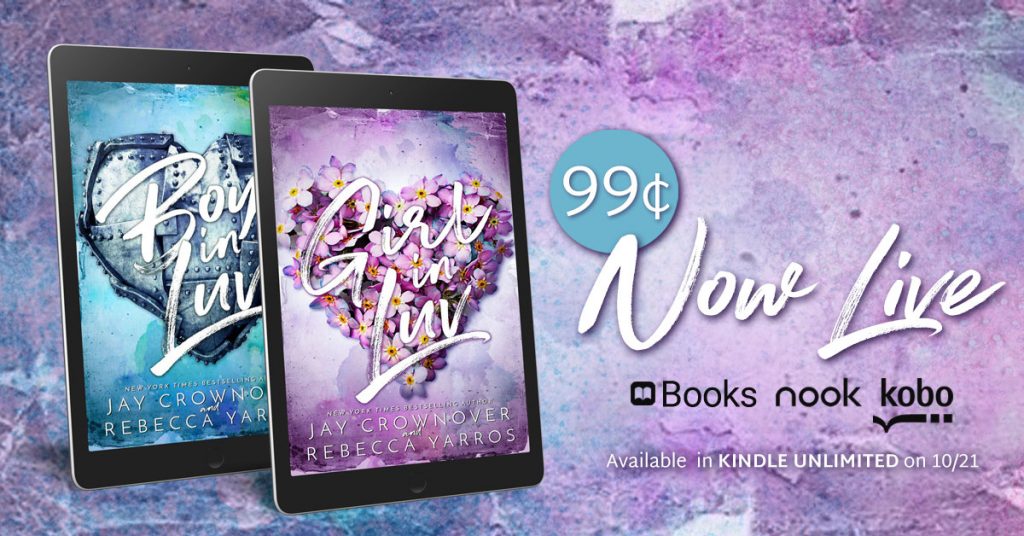