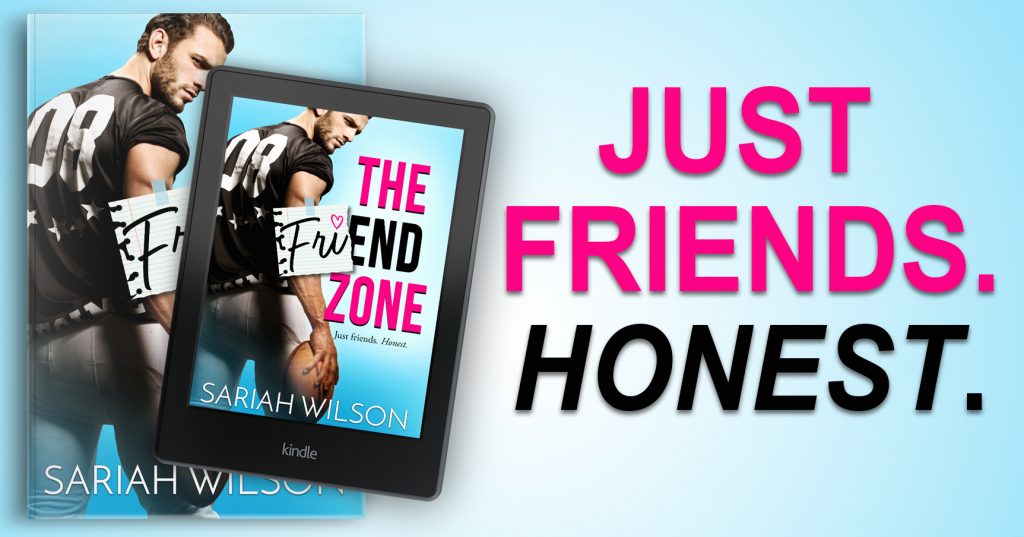 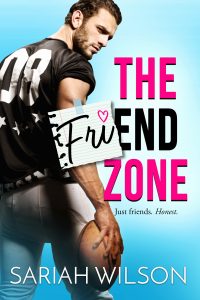 Disgraced college quarterback Logan Hunt was on his way to NFL stardom when he messed up big-time. Now the Texas star player with a bad temper has a new option: Seattle’s EOL College—as in End of the Line, to his fellow misfit recruits. It’s Logan’s last chance. If he can follow the rules. No parties, no fighting, no swearing, and oh, no dating the coach’s daughter, Jess. Simple. Yeah, right. For Logan, there has never been a rule he’s more tempted to break.

The deal is “just friends.” The pretty, confident, and fiercely smart math whiz is fine with pizza, tutoring, and keeping Logan in line. But the closer Jess gets, the more receptive she is to his warm heart and spirit—not to mention his irresistible off-field passes. With defenses down, they’re both heading into the danger zone.

It’s more than thrilling. It’s love. It’s also a game changer that could sideline Logan’s NFL goals—and more important, a future with Jess. But dreams are worth fighting for, right?

I got inspired to write the “End of the Line” series after seeing the Netflix documentary Last Chance U. I loved the idea of a junior college that gave Division 1 football players a second chance at the NFL or to play for a Division 1 school again after they’d screwed up their scholarships. I chose football because while my family is not a typical sports family (my husband doesn’t watch at all), my oldest son played football all four years of high school and I’ve always enjoyed watching the game. Plus, isn’t there something just inherently appealing about football players?

It’s part of what makes them such great heroes—they’re strong, athletic, talented, protective. They’re committed to playing their sport and playing it well, which can also translate off the field and make them the types to seriously commit to a relationship because they’ve shown they’re willing to do the work to get what they want. I think that level of dedication speaks a lot to the kind of boyfriends they turn out to be.

My current project is THE FRIEND ZONE, and it’s a story about Logan Hunt, a disgraced football player being given a second chance to play and graduate from college, which he is determined to do. His new coach has a lot of rules he expects his players to follow, including no dating. Jess is Logan’s math tutor and off limits, especially since she’s the coach’s daughter. They decide to stay just friends and try to fight off their growing attraction to one another. He’s the perfect guy to start off this series because he’s someone who has overcome a lot and exemplifies what EOL means for the players—the chance to start over.

“Welcome. To those of you that I haven’t met personally, my name is Stan Oakley, and I’m the head coach of EOL’s Owls.”

A couple of the players made hooting noises in response.

“I thank you all for being here, for taking time out of your lives to hear what I have to say. Either one of the members of my staff has spoken to you or I have, and we have mentioned that this team has some serious rules. I’d like to talk to you about that now and what exactly those rules are.”

Here it was. I straightened in my seat and wondered what he could possibly throw at us that would be bad enough that Jess thought she’d be taking me right back to the bus station.

Coach nodded at Ford, who walked over to the white board and picked up a marker.

“First, punctuality. You will be on time. To class, to practice, to tutoring, to everything in your life that you need to show up for, you will respect the time of everyone around you and be there when you’re supposed to be.”

“There will be no drinking at all, ever. No drugs of any kind. You will be randomly drug tested on a regular basis. First time you fail, you’re out. There will be no second or third chances here.”

I felt Bash sinking down in his seat next to me as several of the guys murmured. “How are we supposed to let off steam?” someone asked behind me.

Coach kept talking. “There will be no swearing or cussing.”

“That’s not even realistic!” a guy in the front row protested.

“It is realistic. And you will do it because you represent me and you represent this team and you can do it without swearing. Next, in accordance with NCAA standard, you will maintain a minimum of a 2.5 GPA. I may give more playing time to guys with a higher GPA. The more playing time you get, the more likely you’ll be seen by a scout or a recruiter. Especially in the playoffs and the national championship game. Take your academics seriously. Keilani Kahananui will be talking to you about your options later and how we can help.”

There was more dissent among the ranks, more guys murmuring and complaining about the rules. None of them seemed that bad to me.

But I had the feeling the worst was yet to come.

“Next rule—no fighting. On or off the field.”

Now it was my turn to slouch down in my seat. As if that one had been directed specifically at me.

The marker squeaked against the whiteboard as Ford continued writing down Coach’s rules.

Off to my left somebody shouted out, “Yo, Coach! Respect has to be earned.”

“It absolutely does not,” Coach Oakley quickly countered. “Respect will be given without reservation. If you think that it must be earned, there’s the door. Because there’s no way you’re going to be playing on my team.”

The coach fell silent, waiting to see if anybody would leave.

“I won’t get to coach most of you for four years. My goal is not to build a program that keeps you all here. My job is to get you to the next stage of your life. To turn you into men.” There were some more sounds of discontent, and the coach held up his hand. “I know a lot of you think you’re already men. But you’re not. Not yet. I expect you to all to start behaving like real men. Like gentlemen. For your entire lives, because you had some talent to play football, nobody cared how you behaved off the field. I care. I’m holding you to a higher standard. Better today than you were yesterday. Especially when it comes to women.”

My spidey sense started tingling. Whatever he was going to say next, I knew I wouldn’t like it.

“And our final rule for the evening: no women. No girlfriends, no dating, no one-night stands.”

That led to a loud and physical reaction in the room. Which I got, because I felt like I’d been sucker punched. It was one thing to be asked to give up most of the things you did to entertain yourself and relax.

But women? How were we supposed to go an entire season without girls? I didn’t know if I could do it.

“How will you know?” somebody asked. It was a legitimate question. Short of installing hidden cameras in our dorms, which at that moment I wasn’t putting past him, there was no way for Coach to know if we were messing around.

“I’m expecting you to behave like gentlemen, with honor and integrity. I’d like to be able to take you at your word.”

“That’s fine,” Coach said, shrugging one shoulder in the same way Jess had earlier. “Some of you may think that because once upon a time you were recruited by a Division 1 school, you’re better than this place. You’re not. I don’t have to play any of you. I don’t have to keep any of you on scholarship. And for anyone who thinks this team will fall apart without you, you couldn’t be more wrong. This team will be just fine.”

That one word, “scholarship,” made my decision easy. I didn’t necessarily need women in my life. It would probably help to have one less distraction as I went about dedicating all of my time to school and football.

“You really expect us to live like monks? Will we at least get to hang out with girls in the off-season?” another man asked.

Coach Oakley was silent, again giving off that commanding vibe that made people sit back down and be quiet. “You all know why you’re here and what’s at stake. For most of you, this is the end of the line. There is no somewhere else. But if you feel like you can’t live with my rules, again, there’s the door. You all have round-trip tickets to take you back home.” He turned and faced the dude who had asked the last question. “There is no off-season at EOL. You are my players until I say you’re not. I am holding you to a higher standard. But I know every person in this room is capable of rising up to do what I ask of you. Of being better. Prove me right.” 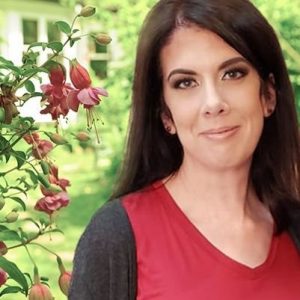 Author Bio
Bestselling author Sariah Wilson has never jumped out of an airplane or climbed Mount Everest, and she is not a former CIA operative. She has, however, been madly, passionately in love with her soul mate and is a fervent believer in happily ever afters—which is why she writes romance series like The Royals of Monterra and #Lovestruck. After growing up in Southern California as the oldest of nine (yes, nine) children, she graduated from Brigham Young University with a semi-useless degree in history. She currently lives with the aforementioned soul mate and their four children in Utah, along with three tiger barb fish, a cat named Tiger, and a recently departed hamster who is buried in the backyard (and has nothing at all to do with tigers). For more information, visit her website at www.SariahWilson.com.