The Forward Must Cry, an all-new standalone Romantic Comedy in the Hockey Gods
series by Bestselling author Xavier Neal is NOW LIVE! 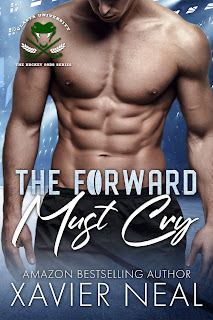 Once upon a time, the Vlasta Vipers hockey team was so
incredible — on and off the ice — they were almost mythical.

However, when their glorious reign came crashing to an end,
the idols lost much more than their treasured titles.

They became the laughingstock of locker rooms.

Oh, and of course, the punchline to every bad joke on
campus.

Puck Bunnies continued hopping into their beds because,
well, that’s what Puck Bunnies do.

All hope seemed completely lost until last season when a new
head coach emerged to help put them back on their golden thrones.

Tucker Gillette, the team’s right winger, is causing so much
commotion off the ice — instead of just on — that new rules have to be added to
their code of conduct to help ensure another season of victory.

Don’t sleep with other athletes — their coaches hate it.

Don’t drool over the team’s mascot once you realize it’s a fine AF, flexible
female instead of a freckled freshman.

And, definitely, don’t try to date said mascot or fall face
first in love with her simply so your brother — who is the lead singer in her
favorite metal band — can’t.

Will this right-wing troublemaker become a champion in the
game of romance, or will this be his biggest loss yet? 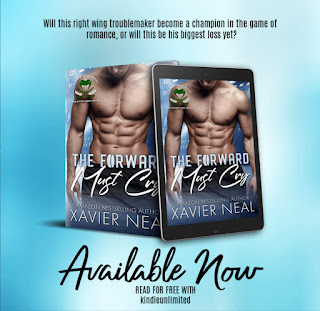 Read for FREE with Kindle Unlimited
Amazon US → https://amzn.to/2MoFDvb
Amazon Worldwide → mybook.to/TFMCHockeyGods
Add it to your TBR  →   https://bit.ly/TFMC-TBR 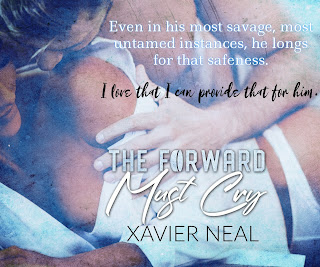 Xavier Neal lives in Texas where she
spends her time getting lost in writing, reading, or fandoms she recently
discovered. Whether she is enjoying books or movies, she continues finding
inspiration at every turn to bring more exciting stories to life.
Follow Xavier Neal
Website – https://www.xavierneal.com/
Facebook – https://www.facebook.com/XavierNealAuthorPage/
Twitter – https://twitter.com/XavierNeal87
Amazon – https://amzn.to/2wCbxft
Instagram – https://www.instagram.com/authorxavierneal/