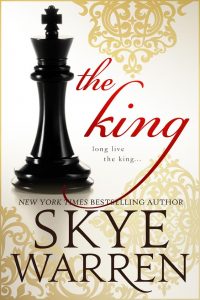 The King by Skye Warren
Series: The Masterpiece Duet
Published by Self on 06/27/2017
Genres: Contemporary Romance
Buy on Amazon US | Buy on Amazon UK | Audible | B&N
Goodreads

My father gambles every night, falling deeper and deeper into debt. When he hits the bottom, he places a new bet: his daughter. I'm his entry bet to the biggest underground poker game.

Every kind of danger circles the velvet-covered table, but only one man makes me tremble.

The son of a criminal king.

We don't belong together, but I'm caught in a twisted game.

THE KING is the first book in the new Masterpiece duet about risking your heart and finding yourself. It's a spin-off from the USA Today bestselling trilogy but can be read separately.

I loved The Endgame series and never thought a story could get any darker, but in true Skye Warren fashion she delivers a very dark, hopeless and emotional story in the first book of the Masterpiece Duet, The King. The King is a spin-off of The Endgame series, where you first meet the main characters in this duet.

Penny has not had an easy life. She grew up in a trailer park with a mother who picked drugs over her and a father who gambles his life away. Learning to care for herself at a young age, Penny never counts on anyone but herself. She found solace in math and was a genius with it. But someone else saw the genius and wanted to exploit it.

Damon Scott is not a good man. As a part of his father’s underworld dealings, he is already a feared man. He is a man wrapped in mystery and ice. But he is drawn to Penny in a way he cannot explain.

The monster in both their lives is horrible, ruthless and a very hard and dark man. What Penny suffers by his hands is devastating and horrendous. Both Damon and Penny have difficult backgrounds, but in vastly different ways. When their lives collide, yet again, no one is safe.

I found The King to be full of dark suspense and angst. Penny and Damon’s story was a slow burn that will consume you from start to finish. I could not put the book down once I started. The story, the characters, the drama and the twists and turns were brilliantly written. And that ending! The next book in this duet cannot come quick enough! 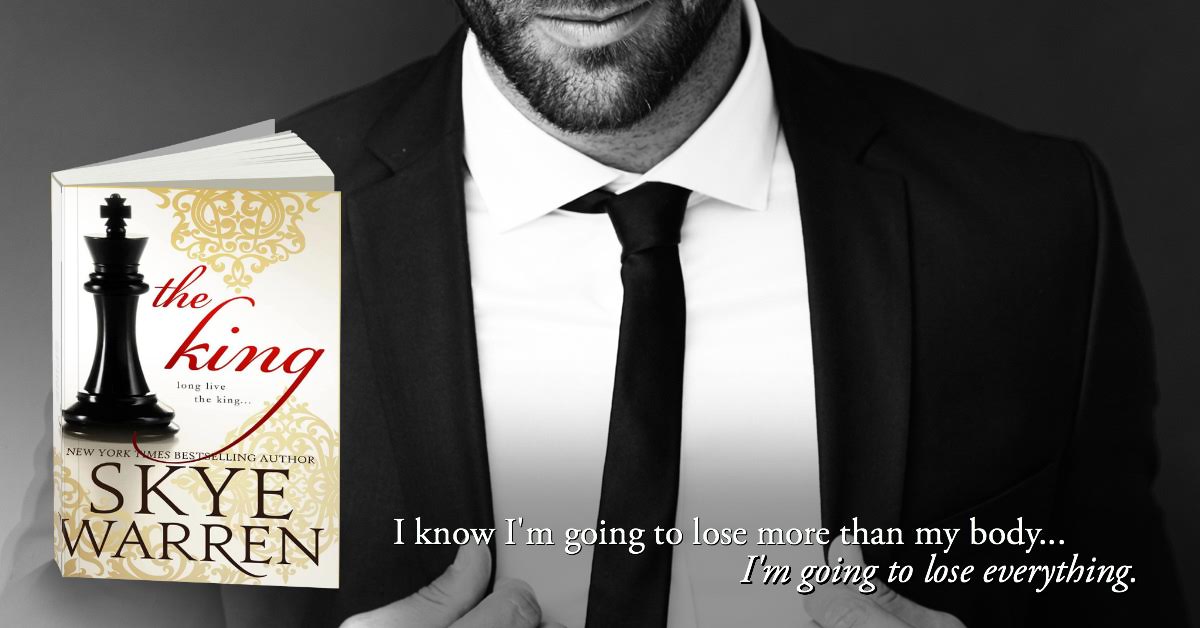 Skye Warren is the New York Times bestselling author of contemporary romance such as the Chicago Underground series. Her books have been featured in Jezebel, Buzzfeed, USA Today Happily Ever After, Glamour, and Elle Magazine. She makes her home in Texas with her loving family, two sweet dogs, and one evil cat.

Review: The Queen by Skye Warren

Review: The Queen by Skye Warren