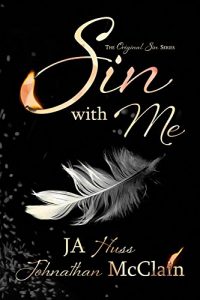 Also in this series: Angels Fall

Sin with Me is the first book in a four-book contemporary romance series by New York Times bestselling author, JA Huss, and veteran actor and writer, Johnathan McClain.

***
Two broken people in a city fueled by sin.

Maddie isn't looking to be saved. She knows the only person you can count on is yourself. Her moral compass might not point true North these days--but at least she's still standing.

The Military taught Tyler about loyalty. Being there for your brothers is the only thing that matters--but when it mattered most, he wasn't.

She's got a ticket straight to Hell. He's already been there and back.
She needs to win. He just needs to stop fighting.

Some sins scar your soul so deeply, you'll never be the same.
But this Devil in disguise might just be the angel he needs to forgive himself.

Sin With Me is the first in a new series, Original Sin, by the ever-amazing J.A. Huss and her new writing partner, Johnathan McClain. And it is absolutely amazing. I was addicted from start to finish and cannot wait to get my hands on the next book!

Maddie’s life has not turned out the way she wanted it too. Even as she looks for an escape, she knows the only person anyone can ever really count on is yourself. Now as she finds herself as a stripper and barely surviving, she has danger knocking on her door. Maddie was truly lost and broken. She hit rock bottom and could see no way out.

Tyler is rich, sexy and could not care any less about life right now. He is lost and broken and the only escape he has is the drinking, drugs and women he gets lost in. He has such a haunting past he does not know how to deal with.

Wow! Just wow! These authors really took this book to the next level. It was such an intense and crazy ride! Set in the city of sin, Las Vegas, when Maddie and Tyler meet the sparks fly and the chemistry is insane. They are drawn to each other. They both feel they are not worth much and are barely surviving, but together, could they find what they have always been looking for and needed?

As many of you know, I am a huge J.A. Huss fan. Her writing is wicked and powerful, and I devour anything she writes, but Johnathan, well you could never tell this is his writing debut. I devoured this story. I loved both characters so much and the story had me captivated. I cannot wait to read the next book! 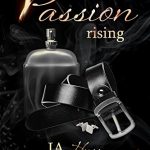 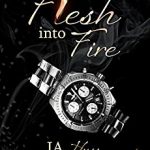 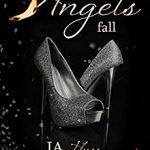 Angels Fall by J.A. Huss and Johnathan McClain is live!